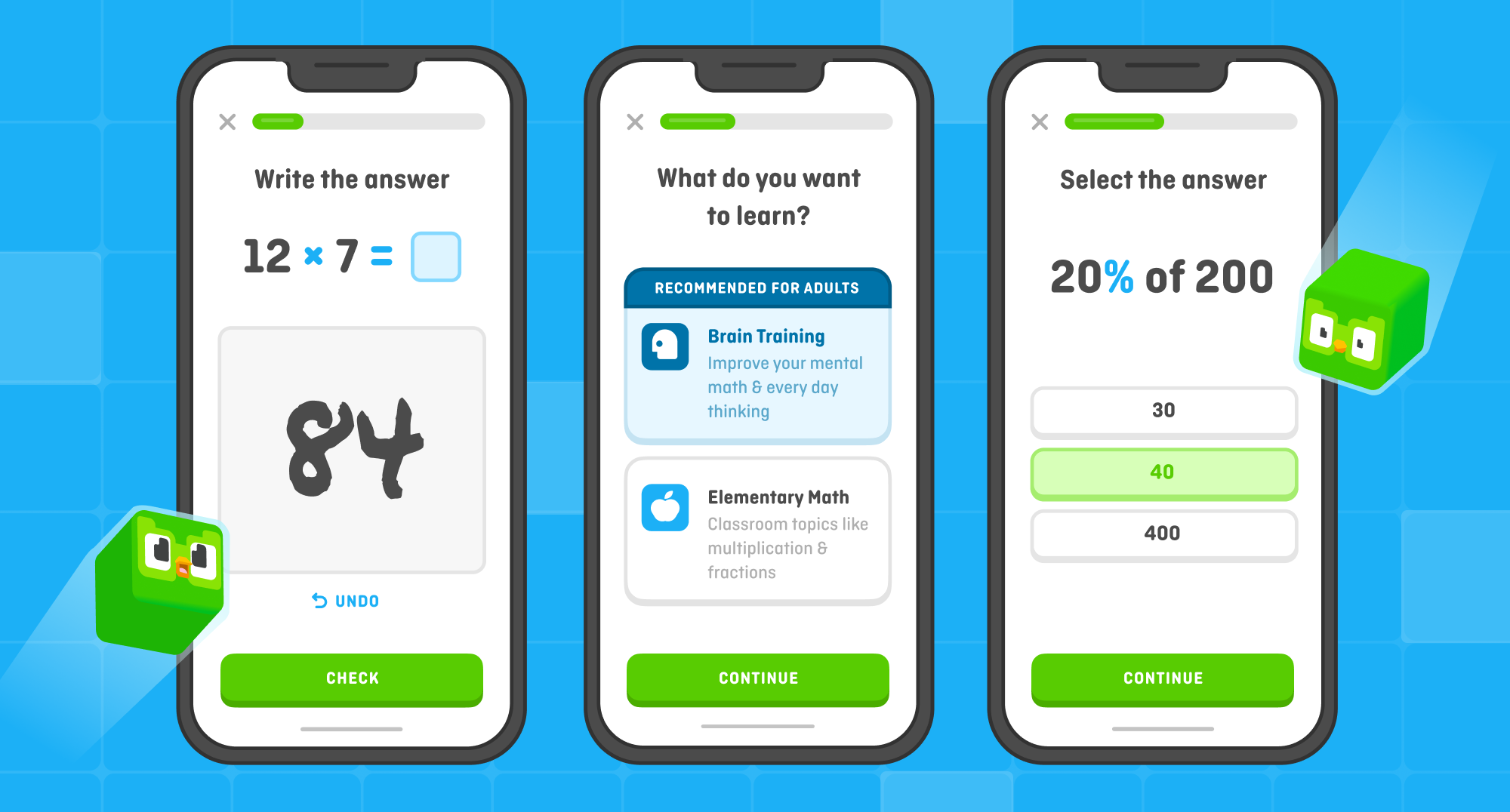 O Duolingo is going beyond languages. This Wednesday (26), those responsible for the platform made the Duolingo Math, a free app for anyone who wants to learn math without much difficulty. The launch of the service takes place after months of testing the new modality, which began in August this year.

The modality takes the company’s solution to other areas. With Math, users can focus on the basic level, with topics covered in school. There is also an alternative to “Brain Training”, with exercises to strengthen mental skills and other more advanced subjects.

Let’s start with basic. In this Duolingo Math course, users will have access to simpler concepts such as multiplication, division, fractions, measurement, decimals and place value. There are also geometry exercises, including area and perimeter.

“The course ‘Brain Training‘ covers similar content with higher numbers and greater difficulty, optimized to train mental math skills,” they announced in a press release. “In this course, you will also find concepts that can be applied to everyday life.”

The launch operation is similar to Duolingo for languages. When entering a lesson, users will have a sequence of exercises. And all this is accomplished in a simple way: instead of having long wordy problems, the challenge is presented in a visual way, so that everyone can understand.

The teachings are done with “incorporation”. “We are asking students to interact with the math problem to help them understand the relationship between numbers and the space they occupy,” they explained. “In a measurement challenge, we ask the student to drag and rotate a ruler to measure something on the screen.”

The same goes for shapes. In a geometry exercise, the app asks the user to drag the ends of a quadrilateral to draw it into a specific shape, such as a trapezoid. With percentage, students only need to choose one of the alternatives presented by the application.

App is only available for iOS

Despite the launch, the app is still not available to everyone. Firstly, Duolingo Math will be released globally for iPhone (iOS) only. Second, the platform will only have an English edition during its launch. But the service should get a version for Android and in Portuguese in the future.