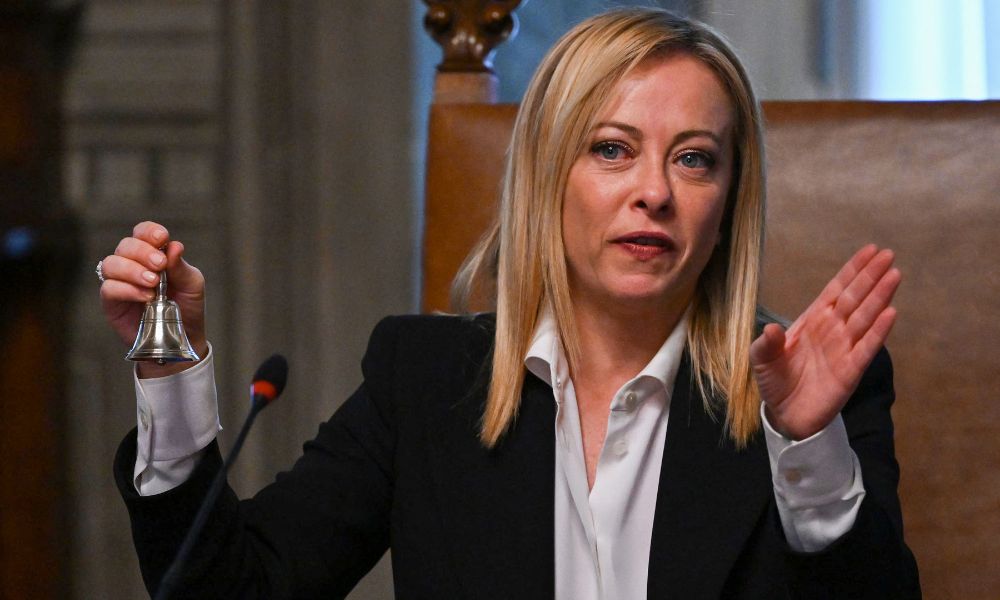 ‘I never had sympathy or proximity to fascism’, says Italian prime minister and far-right leader

Giorgia Meloni has been identified as an admirer of Mussolini and has been trying to end criticism of his militancy since his youth.

Giorgia Meloni, Italian prime minister and leader of the extreme right, denied this Tuesday, 25, that she has any sympathy or proximity to fascism. “I have never had any sympathy or proximity to anti-democratic regimes. For no regime, including fascism,” she said in an attempt to quell criticism of her militancy from her youth in movements founded by the heirs of fascism. The 45-year-old politician, who on Saturday was sworn in as Italy’s first female head of government, presented her government program and tackled the most sensitive issues of international politics. “THE Italy it is a full part of Europe and the western world”, declared Meloni, with the aim of reassuring European allies. “We are not going to stop or sabotage the EU, but to make it more effective in responding to crises,” he added, after noting that he would respect “the rules in force” on the budget issue. During his speech in Parliament, which is due to vote on the motion of confidence to his government, Meloni promised that Italy will continue to be a “reliable partner for the nato“, will continue with “support for Ukraine and its opposition to Russian aggression”.

Mario Draghi’s successor, to whom he paid tribute, should get the vote of confidence without any problems, as his coalition has a large majority in both chambers. A sensitive point that causes disagreements among his allies in the right-wing coalition, in particular with the leader of the Liga party, Matteo Salvini, and with the founder of Forza Italia, the magnate Silvio Berlusconi, a personal friend of the Russian president, Vladimir Putin. Meloni spoke about his proposal to tackle inflation, the energy crisis and the risk of recession in the eurozone’s third-largest economy. Inflation will be a “priority” issue, for which she wants to “strengthen measures to support families and businesses”, an economic bet “that will deplete a large part of the available resources”, she admitted. When talking about the 200 billion euros available in grants and loans from the post-pandemic recovery fund of European Union, she assured that the amount will be spent “without delay and without waste”. Meloni promised that the government, Italy’s most right-wing executive since World War II, “will not deviate an inch” from democratic values ​​and that it will “fight any form of racism, anti-Semitism, political violence, discrimination.”

An AirTag, from Apple, helped the French police to find the luxury bags of a …