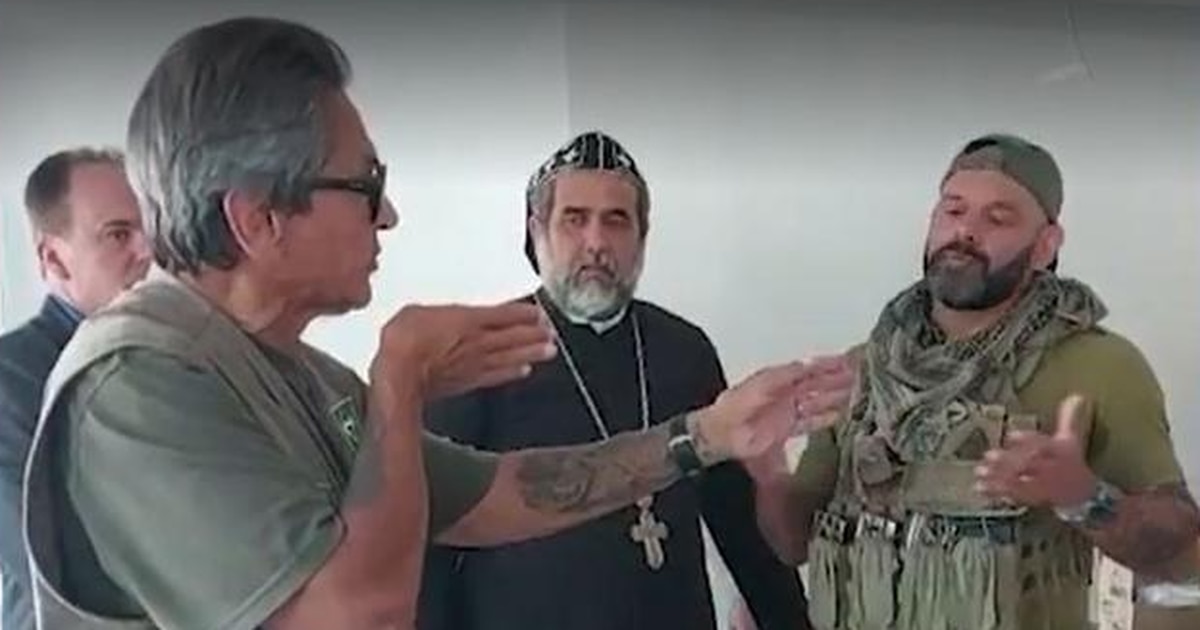 Jefferson had supporters who could have been armed and the action was ‘correct’, says PF instructor

BRASÍLIA – One of the authors of the crisis management manual used at the National Police Academy, retired federal police officer Olinto Marcelo Macedo da Silva, says that the agents who carried out the arrest warrant against former deputy Roberto Jefferson (PTB) exercised their function of handing him over to justice without opting for another action that could pose even more risks to the lives of police officers or even make the politician a martyr.

A police negotiator trained at the Higher Institute of Judicial Police and Criminal Sciences in Loures, Portugal, Marcelo claims that the agent who negotiated Roberto Jefferson’s surrender used inappropriate statements in agreeing with the politician, for example, when he said that he reacted to the cops. However, he believes that the political and institutional context of the PF on the eve of the election needed to be considered by the negotiator.

Is the friendly relationship of the negotiating officer with the target of the warrant, as can be seen in the video that circulates between delegates, something acceptable or recommended in negotiations?

In crisis management you never have a general rule applied in all cases. Every time you analyze an event you have to look at the four essential elements. It is necessary to identify the critical point, the place where it happens; the provocateur of that crisis, and then analyze the ulterior motives, the mental state, the emotional state, the skill with the weapon, the probability of carrying out the threats he makes; assess the weapon used, its lethality, range; and if there are captured. When the risk analysis decided to send in intelligence officers to carry out the arrest warrant and considered doing it with as little fuss as possible, you also cut off their specialized resources. From the way they ring on the intercom, they’re unconcerned. Despite the apology for firearms that the target makes on the networks, there was no consideration of this possibility. They didn’t expect, they didn’t have a reaction forecast of that size. When that happens and there are police officers injured, it must be considered that the team was not in a position to confront them. I had to ask for reinforcements. And that was done. With the arrival of the specialized group, the crisis manager established the negotiation.

After the politician’s violent reaction, what should the police do?

The scene is clear: there is an armed provocateur and there are no captives, there are no hostages, there are even allies inside the house. And he does not manifest suicidal intentions. So he doesn’t risk the life of either third parties or the one who provoked the crisis. Managing crisis is primarily the preservation of life. There it is to surround and negotiate surrender. Or, as some indoctrinators put it, surround and demand surrender. The communication process takes place through a professional who is the contact between the authorities and the trigger of the crisis. Some people are saying that there should be tactical action there. No, the policeman is an expensive asset for the state and you don’t expose the life of this policeman to enter a critical point that you don’t know about the furniture, the walls. You don’t even know the target’s position inside the house. The advantage is for those who are internally. You don’t risk the life of the group unless there are lives at risk inside. So using the negotiator is the right tool at this point.

Wouldn’t the shooting at the police team in itself justify a more aggressive reaction?

Not. It makes sense that the state cannot prevaricate and that it complies with a court decision. But compliance with the decision cannot put the police at risk. When he has a warrant, he surrounds and demands the exit. When you have information that you have a large-caliber weapon, you will expose an invasion to a critical point that you don’t know, that you don’t have the house plan, that you no longer know who’s inside, who the allies are. It does not justify. How much ammo did he have in there? How many grenades did he have? How many more lives could they lose if they tried to break in to serve a warrant?

At one point, Father Kelmon, a political ally of Roberto Jefferson, entered the house. Is this correct or common in negotiations?

It’s not common. In principle, security perimeters are not to be crossed. There was a former federal deputy in the house, who was president of a party, which is part of one of the extreme sides contesting the election. We have a moment polarized to the extremes. And in this process there is the person who was with him on the ticket when Roberto Jefferson was prevented by the Justice from running and was elevated to candidate. The probability of him being captured or taken hostage is very low. As a rule, we don’t allow entry, we put them outside to communicate. After verifying the validity of the risk, the action is potentially reduced. Faced with political pressure, the electoral moment, the possibility of a confrontation and a civil war, because the house was even surrounded by supporters and there was even a journalist attacked, you have to analyze this whole context. This was thought to be a strategy and the priest came in and brought the gun.

Does the negotiator need to consider political pressure and polarized timing to get the job done?

He’s got all this pressure on him. Notably, it involved the Presidency of the Republic, the Ministry of Justice, the direction of the PF, the superintendence of Rio de Janeiro. And the crisis manager is in the locality, and you have immense pressure on him. And the negotiator knows all this. It was probably clear that his determination was to get the former deputy out of there with as little damage as possible. I know there’s a huge commotion for him to get out in handcuffs. The problem is getting out of there with supporters inside and feeding his victimization discourse. You are dealing with someone who is having a breakdown. You can even say that Roberto Jefferson is someone permanently freaked out. On several occasions, there was not what the negotiator says, he talks over the top. It’s like talking to a schizophrenic, the person says that the voices he hears tell him to do such a thing. You won’t say he has no voice. You will say that you can only understand what he says.

Didn’t the negotiator exaggerate in proposing such a friendly dialogue?

What the negotiator did was to use the strategy of minimizing the damage (with shots) to the police. Someone, in that scene who identified himself as a policeman, even said that he threw the grenade away and that it was a lint that hit the policewoman. So Roberto Jefferson had supporters inside the house, possibly armed. Outside too. There has been an immense facilitation of the acquisition of weapons in recent years. This situation has to be taken into account by the crisis manager. The ideal is to make him hand over the gun, surrender and understand that the best thing to do is go out with the police. I have restrictions on some of his lines. I would never confirm that it was the officer who shot first, because Jefferson said he would have reacted to the officer who shot first, which is not true. (in testimony the police said they reacted after the shots fired by Jefferson). Then he claims that the approach would have been messed up, that the police were administrative. They were not. It is not usual for intelligence officers to carry out these warrants, but it seems that the risk analysis led to the understanding that Roberto Jefferson would accompany them. And it wasn’t like that. The negotiator was certainly within the strategy of building the bridge with the causer. As much as we are very indignant that he shot at police officers and then had that level of conversation, the objective was to comply with the judicial decision. And Roberto Jefferson was taken to the Superintendence and to Bangu 8. The negotiator used the tools he had, and everything focused on “follow me”.

Does this idea that it is necessary to create a character to make the negotiation come from?

It’s not about using character. You have to build a link, a bridge. The uniform is already an impediment. You have to break that ice. You have to build empathy. And his speech was to respect the history that Roberto Jefferson had, despite being questionable, and follow it. You won’t say you agree, you have to say you can understand what he was thinking.

Why not handcuff the target as soon as the policeman entered the house if, in theory, the ex-deputy was unarmed?

If he goes into such an action, he could be interrupted by one of his allies. Or, if the approach had been made by the tactical group after the shooting and there was no strict control of this tactical action, “tunnel vision” and an uncontrolled reaction could have occurred. If he leaves that house dead, he becomes a martyr. And we would have a country in civil war and, perhaps, a threatened second round of elections. It is necessary to understand that the PF, when it acts, also thinks about the institutional issue, it is inevitable. You cannot throw the country into a confrontational situation at this point in the championship.

Two police officers were injured in the action and a vehicle was damaged. Is there no need to talk about someone’s mistake?

I don’t understand like that. The outcome was to comply with a court decision. The successful situation is when there is no harm done to anyone. There was a risk analysis that may have been wrong, but this is a subjective component. He had several videos inciting violence. Perhaps it was a case of having a team there more specialized in this type of mission. But it’s very easy to say that the next day, sitting on the couch. The mission was to carry out the order with as little fuss as possible and not turn it into a political event. He will have to answer for the attempted murder. He needs to be held accountable so that this behavior doesn’t become a norm. There must be strict punishment.