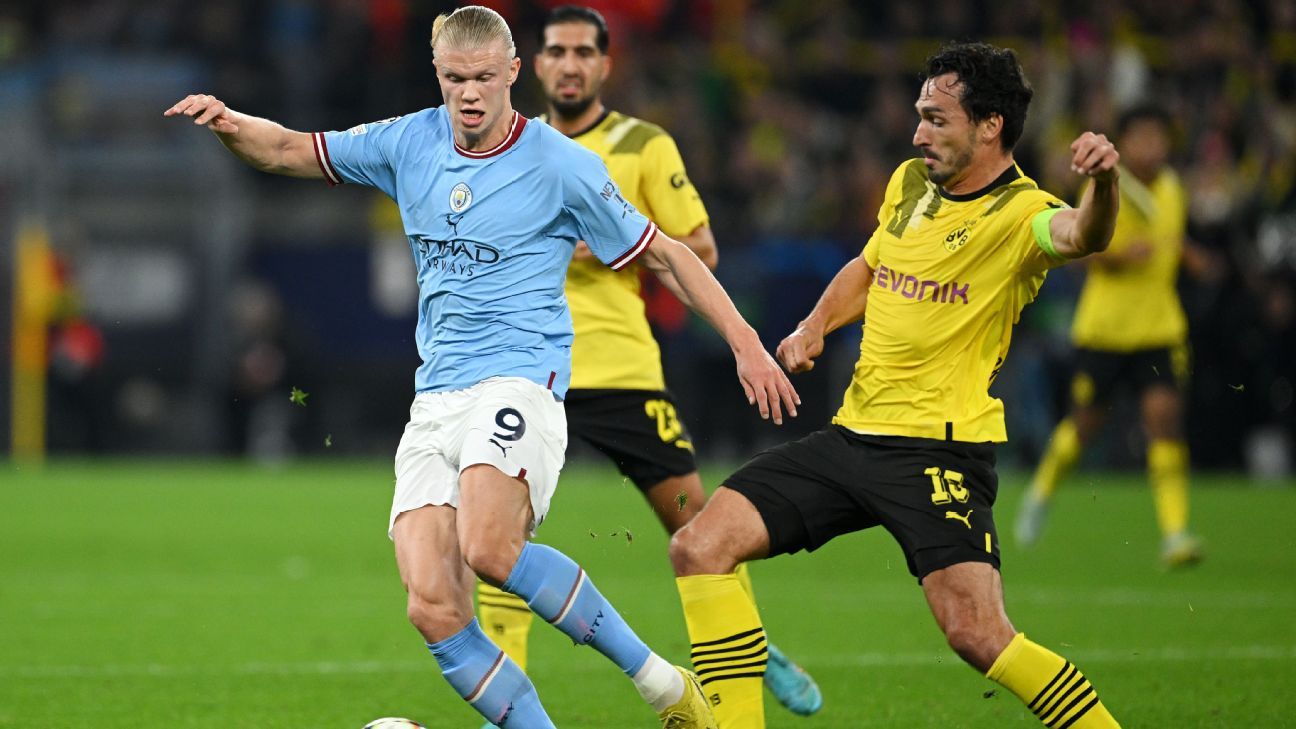 Mahrez misses penalty in the second half, Manchester City draw and Borussia Dortmund advance to the round of 16

For the fifth round of the group stage of Champions League, Haaland rediscovered the Yellow Wall. This Tuesday (25th), the Borussia Dortmund received the Manchester City, saw the English team miss a penalty in the second half and draw 0-0.

With the result, the German team needs a draw in the last round against Copenhagen to qualify. The English team, on the other hand, needs a point to advance to the round of 16 as leader of the group.

Playing in their stadium, Borussia Dortmund sought to keep possession of the ball and occupy the attacking field in the first few minutes. Despite this, the German team did not bother the goalkeeper Ortega, who played as a starter in place of Ederson, at almost no time.

A little after the half of the first half, Manchester City started to have more the ball and, betting on the balls for the ends of the attack, tried to make the ball arrive in Haaland and Alvarez.

However, the English had difficulty getting through the German defense and the 0-0 remained until the end of the first 45 minutes.

With Bernardo Silva and Akenji in the places of Haaland and Cancelo, Manchester City changed its way of acting and began to put more pressure on the German team. Scoring higher on the field and rotating the ball, the English began to take more danger and got a penalty.

After a collective play, Foden crossed low, the ball passed through the entire area, Mahrez dominated on the right of the area and was brought down. In the charge, the Algerian hit the defense of goalkeeper Kobel.

Manchester City continued to have more possession of the ball after the penalty, but could not bother the German team’s defense as it was doing. With that, the 0-0 remained until the final whistle in Germany.

With the result, Borussia Dortmund reached eight points and is in second place in group G of the Champions League.

Manchester City, on the other hand, reached 11 and leads the group.

With a great performance in the second half of the match, with a penalty saved and other good participations, goalkeeper Kobel was the big name in the duel for the Champions League round.

It was bad: Borussia Dortmund attack

Without being able to bother Manchester City’s defense or goalkeeper Ortega in almost no time, the Germany team’s attack was the lowest point of the match in Dortmund.

The two teams return to the field this weekend, for the round of their national championships.

Borussia Dortmund will face the Eintracht Frankfurtfor the Bundesliga, on Saturday (29). Manchester City, on the other hand, measures forces against Leicester, for the Premier Leagueon the same date.