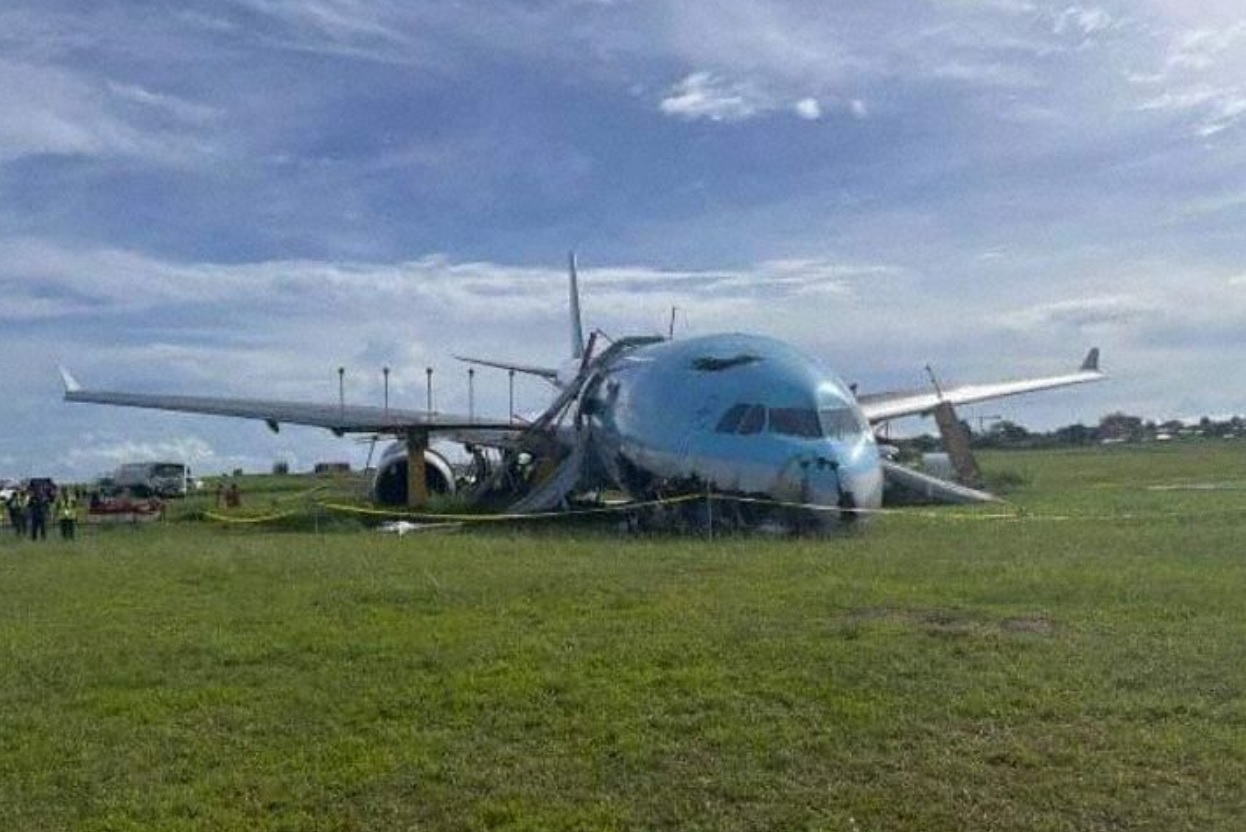 As seen in the last two days, the Korean Airlines Airbus A330-300 registered under registration HL7525 crashed while completing flight KE-631 from Seoul, South Korea, to Cebu City, Philippines, with 162 passengers and 11 crew on board.

From initial information, it was known that the pilots launched the large commercial plane at low altitude twice after approaching runway 22 in Cebu under adverse weather conditions, and then climbed back to 5,000 feet and kept the A330 on a circular holding path for some time.

Finally, they proceeded to the third attempt to land on runway 22 at 23:07 local time (15:07Z), about 55 minutes after the first, but the aircraft crossed the end of the runway at about 80 knots (148 km/h). ) and stopped about 360 meters ahead, near the airport’s perimeter fence.

The aircraft, having hit the locator antenna beyond the end of the runway, received substantial damage, but no injuries were reported.

Now, as updated by The Aviation Herald, on Tuesday, October 25, 2022, the first information about the pilots’ testimony about the accident emerged.

The flight commander described that there was a hard touch against the runway on his second approach due to wind shear (windshear), causing a warning light over the brakes to come on during the go-around.

With that, they declared an emergency, prepared for the emergency landing and performed the third approach, again under the action of gusts of wind and turbulence. A warning light referring to brake pressure came on at the time of landing and they were unable to slow down the aircraft.

The Civil Aviation Authority of the Philippines continues to investigate the accident.

Previous iPhone 13 PRO 1T is super discounted today at Fast Shop
Next ‘The Handmaid’s Tale’ is renewed; Season 6 of the series will be the last