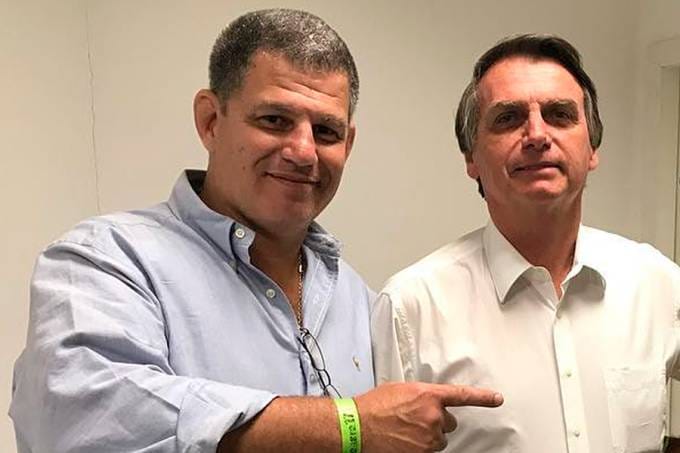 As Brazil already knows, Bolsonaro is supported by the toughest aspects of the international misdemeanor industry and domestic criminal organizations. It’s too early to jump to any conclusions. But Bebianno’s death is one more chapter in the country’s dark history towards the era of institutionalized crime.

Gustavo Bebianno was a lawyer and coordinator of Jair Bolsonaro’s electoral campaign. In government, he became the secretary general of the Presidency of the Republic

Let’s do it by steps.

It is too early to draw any conclusions about the death of lawyer Gustavo Bebianno. It should be noted that the son was with Bebianno at the time of his death, which would reinforce the idea of ​​a natural cause. Nonetheless:

1. Adriano da Nóbrega and Gustavo Bebbiano were central witnesses, capable of producing a political earthquake in the country, due to the information they had about the Bolsonaro family.

two. Adriano was executed in the interior of Bahia, in an operation poorly explained until now.

In conversations with journalists, at the end of the interview with Roda Viva, Bebianno avoided answering some questionsalleging fear of suffering an attack.

On November 14, 1975, The New York Times published an article linking the CIA to murders committed within the United States. The technique used was the simulation of a heart attack.

The investigations were conducted by the Senate Intelligence Committee, investigating a murder that took place in New Orleans in the late 1950s or early 1960s.

The investigations were led by respected Senator Frank Church, a Democrat from Idaho and one of the most influential voices in American politics in the 1970s.

From the victim’s description, he was someone who had worked at the agency in Washington and Las Vegas. The employee died at a local hotel where he and his family were staying.

The CIA tried to qualify him only as a “supply officer”. But the commission found that he had participated in the Normandy invasion and led CIA combat operations in Taiwan.

The Senate report amassed 400 pages of evidence of CIA attempts to attempt on the lives of foreign leaders, most notably Fidel Castro. The McNamara case was the first that would reveal “how the agency deals with people who try to blackmail it.”

Frank Church’s report became a landmark in Congress’ attempt to control the powers of the CIA, which had become an autonomous power within the US.

One of the report’s chapters was on the CIA’s various assassination instruments.

The then director of the CIA, William Colby, was summoned, who, under pressure, ended up bringing one of the last weapons developed: a pistol specifically designed to murder human beings silently.

After retirement, Colby wrote a book about the CIA, revealing its darkest secrets. Colby was of Catholic background and thought that the CIA would only be saved if he confessed all his sins, according to your obituary.

Death divided his own family. In 2011, one of his sons, Carl Colby, produced a documentary, “The Man No One Knew”, showing his father guilt-ridden over his actions in the Vietnam War and whose life ended when he left the CIA in 1975. committed suicide. O police report did not allow to go in that direction. The oldest son, Jonathan Colby disagreed with his brother.

It is possible that you had a stroke or a heart attack and drowned. For our case, it is interesting to know that, since 1974, weapons were already known that allowed people to be murdered and simulated heart attacks. It is evident that this technology has not, since that time, been restricted to the CIA.

As we have seen in several reports, Bolsonaro is supported by the hardest thing in the international misdemeanor industry and internal criminal organizations.

It’s too early to jump to any conclusions. And there are circumstances that reinforce the idea of ​​natural death. In any case, Bebianno’s death is one more chapter in the country’s dark history towards the era of institutionalized crime.