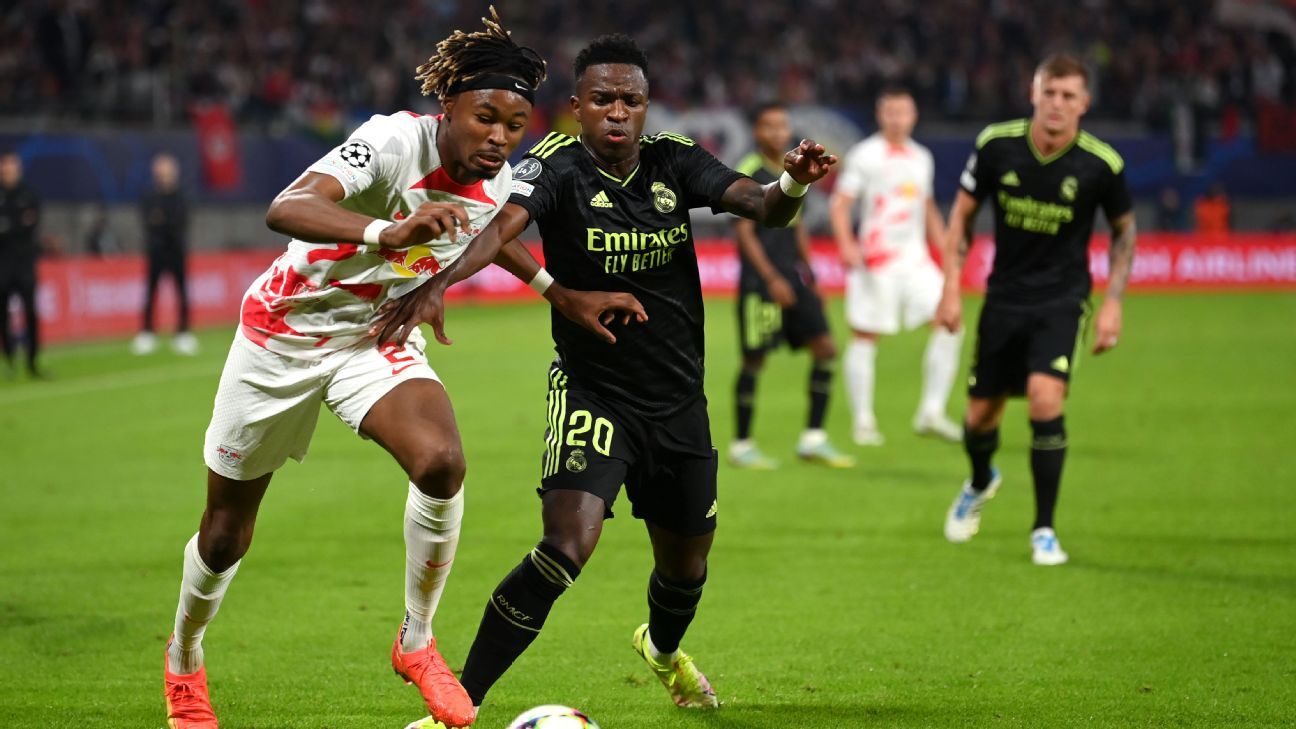 In Germany, Real Madrid were defeated 3-2 by RB Leipzig, in group F of the Champions League

This Tuesday (25th), the Real Madrid lost their unbeaten run in the group stage of Champions Leaguedespite already being classified at round of 16. Playing at the Red Bull Arena, in Germany, the current continental champions were surprised by the RB Leipzigwho won 3-2 and approached the classification.

In a quiet situation in group Fthe Spaniards took to the field with an alternative team, which still had Vinicius Jr., rodrygo and Toni Kroos among the holders, but he didn’t have the best in the world Karim Benzema in the field.

the goalkeeper Thibaut Courtois, who returned last weekend to play after recovering from injury, was also called up in the starting eleven by the coach Carlo Ancelotti.

Leipzig, which was already packed after two consecutive victories in the group stage, triumphed again and is on the verge of stamping its move to the round of 16.

The Germans had a “little hand” from the lantern Celticwhich tied with Shakhtar Donetskwhich will have a “final” against Leipzig in the group stage, as they face each other in the last round.

The first half was very busy and started with dominance of the German team.

With less then 20 minutes into the match, the hosts had already scored two goals. The first of them noted by the defender Josko Gvardiol.

To the 13 minutes, after a corner kick from the left for Leipzig, Courtois saved a header from André Silvabut, on the rebound, the Croatian sent it to the back of the net.

Then, after another German advance, Tchouaméni ended up giving “assistance” to Nkunku, 18 minutes, who dominated the ball inside the area and finished to make it 2-0.

At the end of the first half, Real scored with Vinicius Jr. who, in a rare opportunity with a header, received a cross in the area of Marco Asensio and tested firm to score.

In the return after the end of the break, the game was more balanced, with the Germans looking for another goal to give relief, while the Spaniards wanted an equalizer.

Both teams had chances to score, including some of them very good.

To the 35 minutes, Vini Jr. received the ball inside the area, facing the goalkeeper, but sent it out, wasting a great opportunity.

And as the old saying goes, “who doesn’t, takes it!”. And that’s exactly what happened.

After the chance missed by the Brazilian, Leipzig reached 3 to 1, with a goal from Timo Wernerwho entered the 2nd period, and received assistance from simakan to stuff the nets to the 36 minutes.

Despite the stumble on German soil, Real Madrid, which continues to lead the group F with 10 points, was already classified to the round of 16.

RB Leipzig, on the other hand, went to 9 points and, if they score one more, they have no more mathematical chances of being overtaken by Shakhtar Donetsk, who drew away from home with Celtic.

Now, in the last round, Real and Leipzig will also fight for the leadership of the group, which could represent an “easier” path in the Champions League playoffs.

In the end, Real Madrid still had a penalty in their favor, on top of Rodrygo, who took responsibility and did it. However, it was too late, and the Spaniards lost 3-2.

RB Leipzig’s top scorer in the season 2022/23the French striker was the name of the game.

Scorer of his team’s second goal, he gave the Real Madrid defense a hard time with his sprints.

Now, in addition to scoring his 2nd goal in the Champions League, he reached 12 in 18 games in the current campaign.

Fur German ChampionshipLeipzig has an appointment again at home, on Saturday (29), from 10:30 am (Brasília time), when it receives the Bayer Leverkusen.

Real, on the other hand, is committed to LaLiga on Sunday (30), from 12:15 pm (Brasília time), when he receives the Girona at the Santiago Bernabéu, broadcast live by ESPN on Star+.

Previous Halle Berry responds to criticism after being mistaken for ‘The Little Mermaid’ actress and being deemed ‘too old’ for the role – Monet
Next André Janones has access to Gustavo Bebianno’s cell phone and promises bomb against Bolsonaro: “whoever lives, will see”