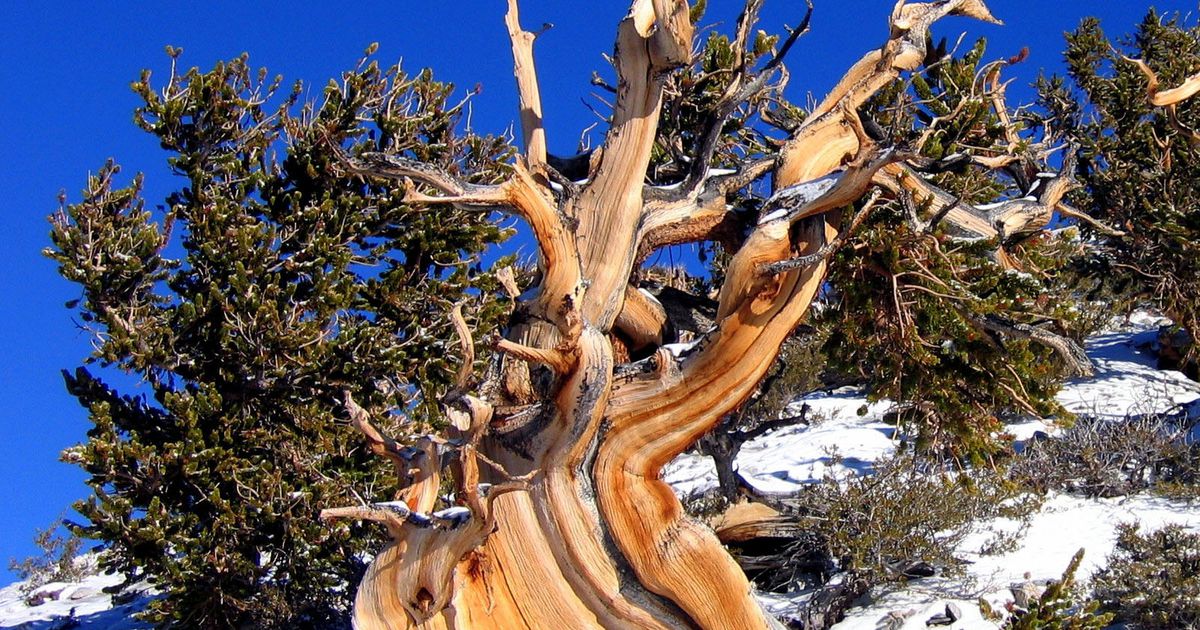 Why mysteries surround the oldest tree on Earth?

THE WASHINGTON POST – The one that may be the tree The oldest tree in the world – a pine tree of the species Pinus balfouriana called Methuselah, thousands of years old – is hidden somewhere along the 7 kilometers of the Methuselah Trail in Inyo National Forest, California (United States). Even photos of her are rare – the internet is full of pictures of old, gnarled pine trees wrongly labeled Methuselah.

“We do not disclose the exact location or provide photos of the Methuselah tree to keep it protected,” said Becky Hutto, supervisor of the Inyo National Forest visitor center.

More than half a century of word of mouth, with the last few years amplified by the internet, has eroded the secret of Methuselah’s location in the eastern Sierras. However, uncertainty persists, even among some experts.

“I have a vague idea which tree Methuselah is, but I’m not sure,” said Peter Brown, founder of Rocky Mountain Tree-Ring Research, which maintains a database of the world’s oldest trees.

Keeping as much of a mystery as possible has become essential to keeping over-enthusiastic tourists away from Methuselah and similar trees. But tourists aren’t the only threat: the West’s worst drought in more than 1,200 years has killed pine trees near Methuselah, and beetles threaten others.

These trees have survived hot, dry periods in the past, said Constance Millar, scientist emeritus with the US Forest Service. But she fears that human-induced climate change could create a “perfect storm” of threats, with extreme heat, drought and an increased risk of wildfires.

Matthew Salzer, a researcher at the Tree Rings Research Laboratory at the University of Arizona in Tucson, agreed. “Current conditions for some trees are worse than ever,” he said. “I believe the species as a whole will persist in more favorable locations, but unfortunately many very old individuals may succumb.”

Generally, the age of the tree is determined by taking core samples, with drilling tools that remove a piece of the tree about the diameter of a pencil, which researchers can use to count tree rings.

In 1957, after collecting initial cores from Methuselah, Edmund Schulman, then a scientist at the Tree Rings Research Laboratory, estimated that the gnarled pine tree was over 4,600 years old. He also found that relatively small pines — most of which Schulman studied were only 3 to 10 meters tall — were older than giant sequoias, which until then were thought to be the longest-lived trees.

Schulman announced the existence of Methuselah and shared a photo of the tree to National Geographic in 1958, piqued the curiosity of others. The Forest Service later stopped disclosing the location of the tree to protect it from anyone who wanted to take a pinecone or other souvenir of the ancient tree.

Salzer recently reexamined Schulman’s Methuselah cores and got a count close to 4,600 years, although some rings were difficult to record. It is claimed that a Methuselah core with more visible rings was later found in the lab’s tree cores file, but Salzer and his colleagues were unable to find it. This led to confusion over Methuselah’s age. Wikipedia and many other websites and publications say the tree is 4,854 years old, but the basis for this age is the supposed “missing” core, which has never been scientifically documented.

Around the world, there are legends of trees older than Methuselah, among them Iran’s Sarv-e Abarkuh and Wales’ Llangernyw Yew, both rumored to be between 4,000 and 5,000 years old. Estimates are based primarily on local folklore and have not been verified.

There are also clonal trees, genetically identical trees that share the same root system, like the old Tjikko in Sweden and the Pando poplar colony in Utah. Although these trees have older root systems than the older trees, the trees themselves are clones and often much younger than Methuselah and others.

There were also reliable rumors of trees older than Methuselah. In 1964, a pine tree named Prometheus was cut down by a geography student in Wheeler Peak, Nevada, and was later found to be nearly 5,000 years old.

In the archive of the Tree Rings Research Laboratory, the core sample of an unnamed tree collected by Schulman in the 1950s was found years later, showing an age of over 4,800 years. Tom Harlan, a lab dendrochronologist who worked with Schulman, discovered the sample but did not reveal the tree’s location before his death in 2013. But Salzer and a colleague recently used old notes to discover what they believe to be the tree, though not yet. have been able to determine their age. As with Methuselah, the location of the tree is being kept secret.

A more recent challenger to the Methuselah claim has emerged in Chile, where researchers estimate that a huge and famous Patagonian cypress tree called Alerce Milenario, or Gran Abuelo (great-grandfather), is 5,400 years old.

As the tree is over 4 meters in diameter, the researchers only obtained a partial core sample, but determined that the tree is at least 2,400 years old based on its rings. They then used tree-ring information from other ancient alerzas and computer modeling to calculate an additional 3,000 years.

The findings about the tree have not been published, prompting experts to caution against proclaiming it the oldest tree in the world.

Brown said a peer-reviewed study is needed, but he was skeptical that the modeling could accurately explain the variables involved. “We need more details before we can be sure this could be the oldest tree in the world,” he said.

David Neale, professor emeritus and expert in forest genetics at the University of California at Davis, is leading a team of scientists that has been sequencing the genome of a pine tree that is more than 2,000 years old. The team wants to investigate a theory that the tree will live forever if it is not cut down or killed by disease.

“We’ve been looking for the Fountain of Youth since the beginning of time, so any basic biological knowledge about longevity, whether it’s a human, a mouse or a pine tree, can be instructive,” he said.

Environmental preservation is also inspiring research on the Alerce Milenario tree in Chile. Jonathan Barichivich, an environmental scientist at the Laboratory of Climate and Environmental Sciences in Paris, is leading the research. He and his collaborator, Antonio Lara, from Universidad Austral de Chile, plan to publish a paper next year.

But Barichivich is more concerned with preserving the tree than proving that it is older than Methuselah. Whether it’s “the oldest tree in the world, or the second or third, doesn’t matter to me. It’s one of the oldest trees in the world and that’s enough to protect it,” he said.

There is urgency in these protection efforts, as Alerce Milenario has long been a tourist destination. Visitors walking around the tree in recent years have damaged its roots. “The tree is in a very, very bad state,” Barichivich said. “It’s like a lion in a zoo cage.”

Barichivich’s concern for the tree’s health makes it difficult to determine its age without models. While existing tools are too small to reach the center of an Alerce Milenario-sized tree, a longer tool can be custom-made. But Barichivich, who is Chilean, doesn’t want to do that for fear of harming the tree.

Her grandfather discovered the tree in the 1970s, and her grandparents, mother and uncle worked in the park where she lives. Barichivich sees himself as a protector of the tree and identifies with the Mapuche indigenous people and their concept of “forest spirit”.

“The tree is giving up something, and I don’t want to go in there and disrespect it,” he said. “It has a spiritual part. It is not just pure rational science.”

Stories about supernatural protection also surround the pine trees. Legends of a curse began after several pine researchers, Schulman among them, died young. Schulman suffered a stroke and died at age 49.

Salzer is skeptical of such stories, but acknowledged: “It’s useful from a conservation standpoint to say, ‘Don’t mess with the trees, or you’ll end up cursed.’ / TRANSLATION BY RENATO PRELORENTZOU

Previous Gov.br website is down and prevents access to services
Next Green Lanterns are brought together by amazing group cosplay