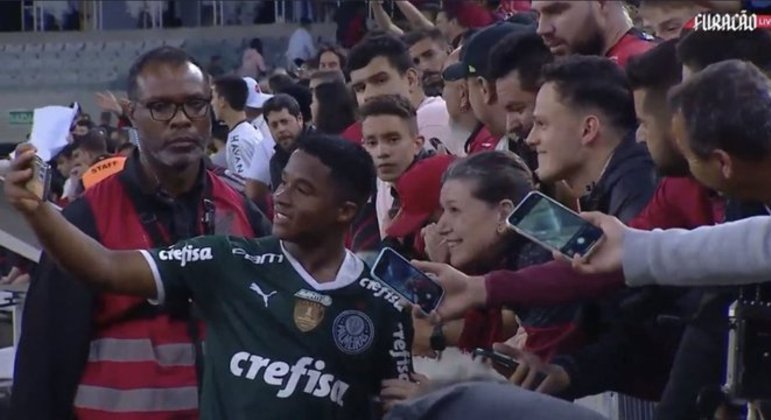 Endrick becomes a national idol. But he will be a reserve in Palmeiras’ Brazilian title game. Abel decided to be faithful to the group – Prisma


Whether or not Palmeiras champions the Brazilian this week, the coach will not start Endrick at the start of the match against Fortaleza, on Wednesday, November 2nd.


Regardless of the game being the consecration of the Brazilian title, the Portuguese coach is very faithful to the group of athletes.

He wants his chosen team during the year to have the privilege of starting the match.

Of course, Endrick will enter during the game.

Endrick’s talent made Abel Ferreira review his intention of gradually putting the striker on, in 2023. If he continues to play so well, he will really fight to be a starter.

But at the Brazilian title party, no…

He proved to the Portuguese that his young age is no reason to be left behind Merentiel, López and Navarro, with much less potential than his.

An unusual situation caught the attention of the board after the Palmeiras game yesterday.

Countless athletic fans asked for a selfie with Endrick.

That is, he is becoming a very important player, beyond the simple rivalry between clubs.

He became the youngest player to score a goal with the Palmeiras shirt.

And in the Brazilian of running points.

And it has already become a highlight not only here in the country.

As in European portals.


With two more Brazilians on the list, Endrick is the most valuable under-17 player in the world

Previous The 14 Best Sleep Paralysis Horror Movies Ranked By IMDb Rating
Next Marilyn and “Blonde”, from ode to hate