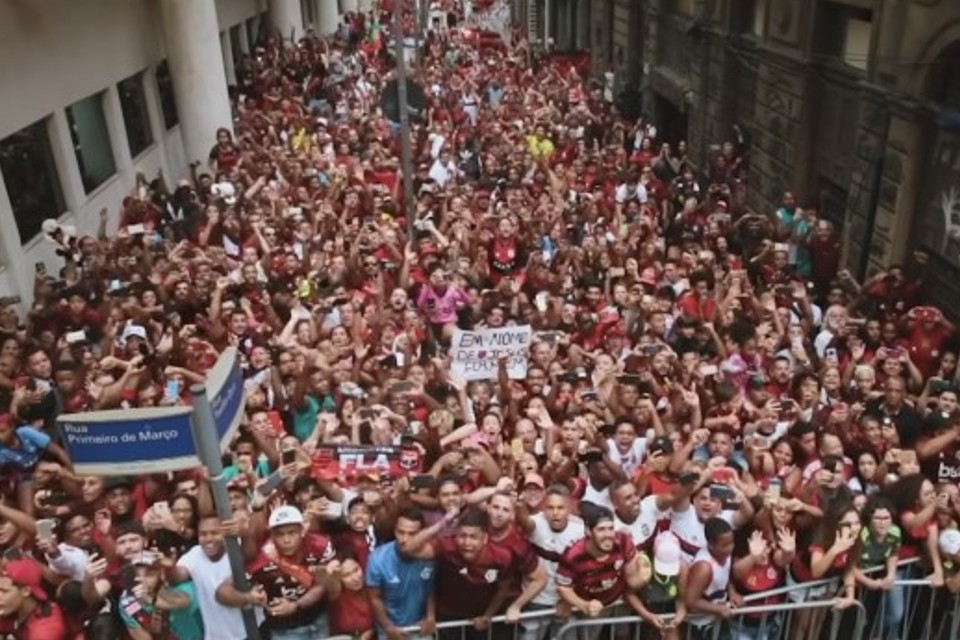 The president of Flamengo, Rodolfo Landim, signed a letter and committed with the Regional Electoral Court of Rio de Janeiro (TRE-RJ) not to promote any celebration event on Sunday, if he is champion of the Libertadores da América Cup. The information was anticipated by the column “Extra-Extra”, by Berenice Sera. Flamengo’s game takes place this Saturday against Athletico Paranaense, in Ecuador. This Sunday, the date on which the second round of the presidential elections takes place, the players are expected to return home.

The letter signed by Landim guarantees that, in case of winning the title, there will be no parade of athletes, public exhibition of the cup, use of sound cars or electric trios so as not to disturb the circulation of voters and ensure the right to vote this Sunday. . The date of the party has not been announced. Flamengo’s own headquarters, located in Gávea, south of Rio, is a polling place for around 2,000 voters.

In 2019, when Flamengo won the championship for the last time, fans took to the streets of downtown Rio. On the occasion, the players paraded in a sound car in a procession that started on Avenida Presidente Vargas, closed several streets of the city and ended in confusion.

Upon becoming two-time Libertadores champions, Flamengo players paraded along with a crowd of fans through the streets of Rio for about 4 hours. At around 4:15 pm, when the team’s electric trio left Avenida Presidente Vargas and the sound was turned off, the Military Police launched gas bombs to disperse the crowd.

At the time, there were reports of running around and children feeling sick from the smell of the gas. Twenty-three people were treated in hospitals, but no one was seriously injured.

The World Cup is already moving towards its end. Now, the focus is on the …