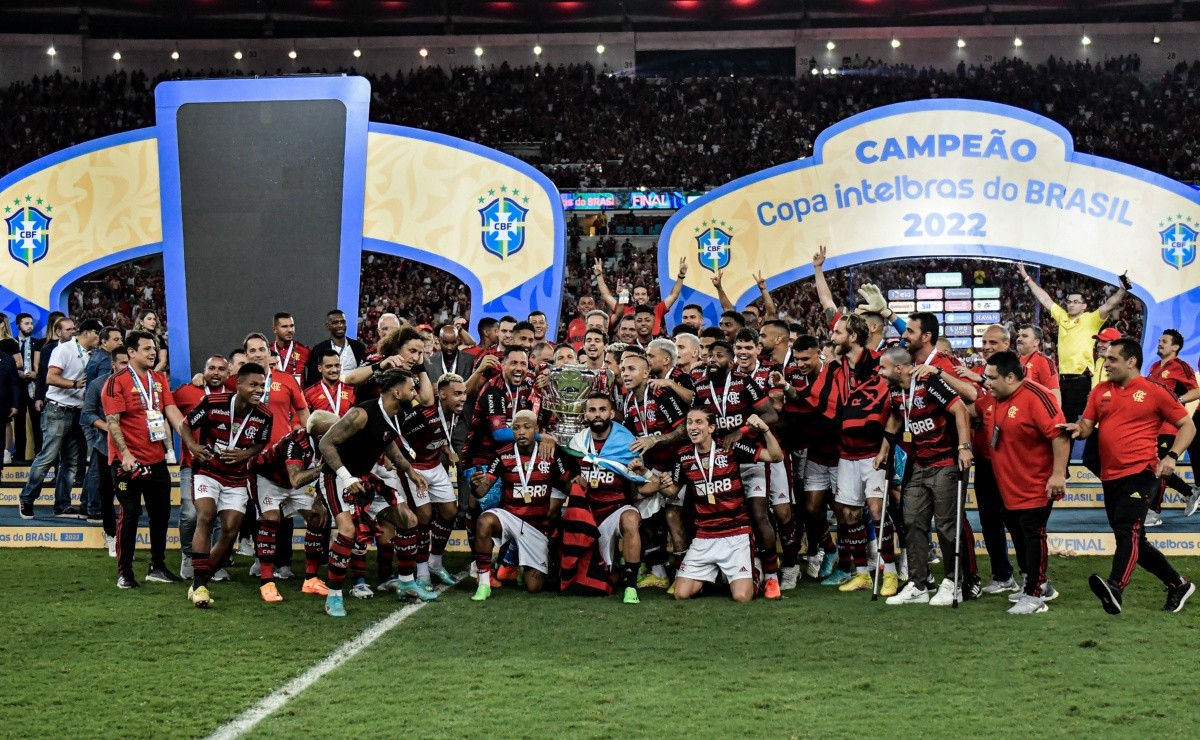 “Prophecy”; How Flamengo’s fourth championship in the Copa do Brasil can ‘influence’ the champion of the next edition

Flamengo is four times champion of the Copa do Brasil. After a heated final with Corinthians, Rubro-Negro beat Timão at Maracanã, on penalties, 6-5, and took home the tournament cup. Diego Ribas, who is due to announce his retirement at the end of the year, after his contract with the Club ends, lifted the cup with his teammates.

However, a curiosity caught the attention of netizens after the consecration of the flamengo title. It turns out that, in the other three times that the Mais Querido shouted “is champion” for the Copa do Brasil, the following year, whoever won the cup was an unprecedented winner of the season. Therefore, if the ‘prophecy’ is fulfilled, we may see a new champion of the Copa do Brasil in 2023. See the list below.

Flamengo (1990) – Rubro-Negro’s first title came in the second edition of the Copa do Brasil, in dispute against Goiás. In the first match, held in Juíz de Fora, there was a red-black goal originating from Fernando’s feet. In the second match, at Serra Dourada, the decision ended 0-0 and Mais Querido was champion for the first time in the competition.

Criciúma (1991) – The third edition of the Copa do Brasil is, until today, the most important title in the history of Criciúma. At the time, the team led by Luiz Felipe Scolari won Grêmio after drawing 1-1 in Porto Alegre. As an away goal was a tiebreaker, at Heriberto Hülse, Tigre knew how to hold Immortal and, contrary to most of the press , became champion, participating in the 1992 Copa Libertadores.

Flamengo (2006) – Rubro-Negro won the Copa do Brasil championship twice over none other than one of their biggest rivals, Vasco da Gama. The decision at Maracanã ended 3-0 for Flamengo on aggregate. In the first match, the team beat Gigante da Colina by 2 to 0 and became champion a week later, in the return game, by 1 to 0, with a goal by Juan.

Fluminense (2007) – The second ‘benefit’ from the flamengo prophecy was precisely the rival Fluminense. On the occasion, Tricolor was superior to Figueirense and shouted the champion’s cries at Orlando Scarpelli Stadium. In the first game, at Maracanã, the teams drew 1-1. On the way back, Roger Machado scored for the Cariocas, who ended a 23-year fast without national conquests that year.

Flamengo (2013) – In its third championship, Flamengo overcame Athletico Paranaense, at Maracanã, by the aggregate score of 3 to 1. In the first leg, in Curitiba, the teams left the pitch with an open decision at 1 to 1. However, Elias and Hernane , in stoppage time, guaranteed the third red-black cup of the national competition.