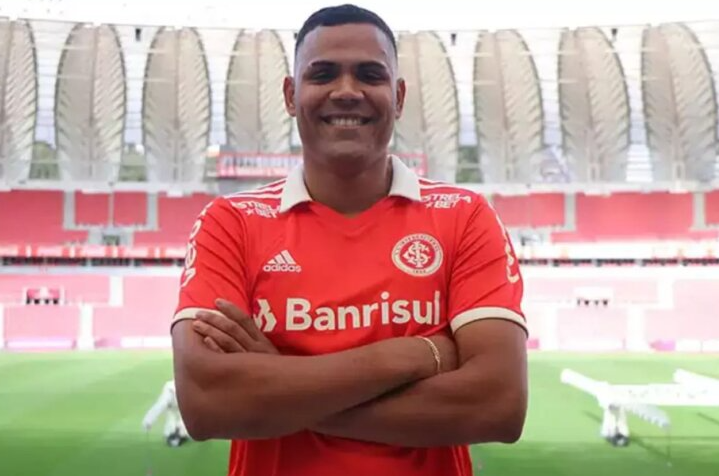 São Paulo and Fortaleza dispute the signing of striker for Internacional

First of all, Internacional can get rid of a striker at the end of the current season. Striker Mikael, who was loaned by Salernitana, from Italy, did not take off with the colorada shirt and his days are numbered at the gaucho club.

Torcedores.com found that Fortaleza and São Paulo are in the fight for hiring the striker. The 23-year-old player joined Internacional’s ‘expendables’ after not pleasing coach Mano Menezes.

ALSO READ: At the request of Rogério Ceni, board prepares ‘boat’ to remove player from Fluminense

Mikael has a contract with Internacional until June 2023. Despite this, the Colorado board hopes to negotiate the striker in order to make room on the salary sheet. After all, the coach wants to count on the departure of the para athlete in order to find reinforcements to give weight to the team.

Minutes on the field: 10

However, Mikael may choose to stay at Internacional to fulfill his contract. On the other hand, the player wants to have the opportunity to act more often aiming at an appreciation in the ball market.

Also according to the report, Internacional is looking for interested parties to pass on Mikael’s loan. São Paulo, at this moment, appears as the main favorite. This is because, the player is on the list of reinforcements of coach Rogério Ceni.

Despite this, Tricolor Paulista does not intend to make large investments to sign him next season. The idea is to guarantee your arrival by loan and with the option to purchase economic rights.

Mikael has a contract with Salernitana until June 2025. And the termination penalty is set at 3 million euros (R$ 16.2 million, at the current price), which is completely out of the question at the moment.

Games played in the 2022 season

Serie B of the Brazilian Championship: 1

In addition to São Paulo, Fortaleza is also interested in signing the player. Mikael has the approval of coach Juan Pablo Vojvoda to defend the club. However, the talks have not yet evolved into an official proposal.

Revealed by Sport Recife, Mikael passed through América-PE and Confiança-SE before taking off with Leão da Ilha. In 2021, he scored 15 goals in 50 games with the red-black shirt and, therefore, was traded to Salernitana.

Hired with star status, he did not live up to coach Davide Nicola’s expectations. In six months at the club, the striker failed to play in the seven games he played for the city of Salerno.

Previous Mila Kunis opens up about the dynamics of her marriage to Ashton Kutcher and says he loses all arguments – Monet
Next Alexa virtual assistant will now have a male voice; know how to change

Source: Felipe Oliveira / EC Bahia After the second defeat in the 2023 season, coach …