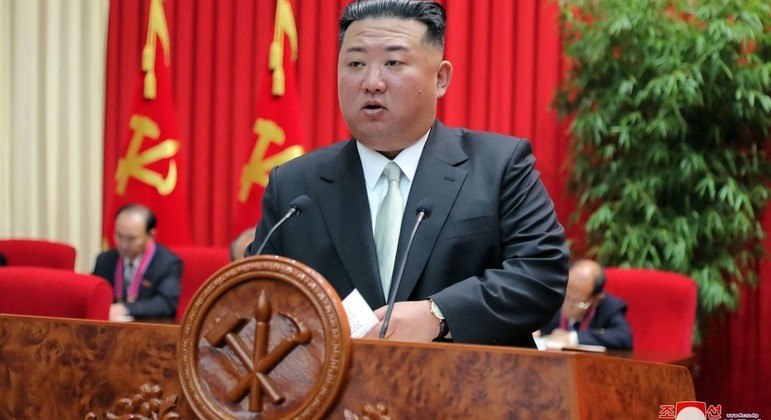 A North Korean nuclear strike against US interests would spell the “end” of Kim Jong Un’s regime, the Pentagon, home to the US Defense Department, warned in its new nuclear strategy released on Thursday. It is the first time that both are released together.

“Any nuclear attack by North Korea against the United States or its allies and partners is unacceptable and would lead to the end of this regime. There is no scenario in which the Kim Jong Un regime can use nuclear weapons and survive,” the Defense Ministry warns. of the US in the document.

The United States has said it considers its nuclear weapons to be designed to deter “all forms of strategic attack,” including those involving conventional weapons, the Pentagon warned.

“This includes nuclear deployment at any scale and includes high-impact attacks of a strategic nature, using non-nuclear means,” a Defense official told the press.

This new approach is intended to “complicate decision-making” for the adversary, at a time when Russia accuses Ukraine of preparing to use a “dirty bomb”.

“Russia launched its aggression against Ukraine under nuclear threat, with irresponsible declarations, nuclear exercises on irregular dates and lies about the potential use of weapons of mass destruction”, specifies the document.

China, on the other hand, is striving to expand, modernize and diversify its nuclear forces, the Pentagon points out, saying that Beijing “may want to have at least 1,000 nuclear warheads by the end of the decade.”

But “Russia is the main rival of the United States, with the most diverse nuclear forces”, says the document. Russia has 1,550 nuclear warheads ready for use, and 2,000 not deployed.

“Its modern nuclear arsenal, which is expected to grow, poses a long-term existential threat to the United States and our allies and partners,” the Pentagon added.

“In the 2030s, the United States will find itself, for the first time in its history, facing two major nuclear powers (which will be) strategic rivals and potential adversaries”, he reinforced.