Where are the players from Vasco’s last accession

The agony of the Vasco fan ended at the beginning of the second half, in 2016, thanks to the opportunism of the late player Thalles, who died in 2019, aged 24, victim of a motorcycle accident in São Gonçalo (RJ), consolidating Vasco’s access to the serious A. It was after a rebound from the goalkeeper, in a kick by Eder Luís, that the young striker tied the match. Minutes later, an unpretentious move that started with a throw-in was enough: the “cria”, revealed in São Januário, returned to swing the nets, deflecting the ball headlong that made the hero of November 26 of that year to take off his shirt and run into the crowd’s embrace (the gesture earned shirt 9 a yellow card). Six years later, some players have followed different paths to the world of football, such as Rafael Marques, Diguinho, Rodrigo and Andrezinho, others are still on the fields.

The match that took the Cruz-Maltino fans from suffering to glory, in the 2-1 comeback against Ceará at Maracanã, took the stands (with an audience of 56,426 thousand) out of serious positioning against the 2016 president Eurico Miranda. The third place in the general classification was assured with the stumble of Bahia, in the 38th round of the Campeonato Brasileiro Serie B with 65 points.

Martín Silva is at Club Libertad in Paraguay, playing in the first division. William is playing for Sport Clube do Recife. Madison for Santos. Rafael Marques no longer plays as a defender, after the club from Vasco, he still played for Boavista and kept social media locked after retiring from the fields. Defender Rodrigo uses social media to stay within football affairs and participates as a commentator on some programs and lives. Julio Cesar is also no longer on the field, but he has not abandoned the sport and already participates in footvolley championships for Vasco’s own club, such as the last one at the Beach Club in Niterói. Diguinho followed the same path, exchanging the grass for the sands and has already won the title of “King of the Beach”. Douglas joined English club Aston Villa Football Club, based in Birmingham, which currently plays in the Premier League. Andrezinho, a former professional athlete who used to play as a midfielder, now acts as coordinator of Nova Iguaçu in the Campeonato Carioca and Julio dos Santos said goodbye last year to the club of the heart Club Cerro Porteño.

In the 2022 team, with 59 points, the team led by Jorginho, as well as the 2016 team, is in the same situation of the search for access to the A series and can mathematically guarantee access to the first division today (27), at 21:45 ( de Brasília), against Sampaio Corrêa, in São Januário, of the two open spots. In addition to the same coach, the player Nenê is also still in the Vasco team. 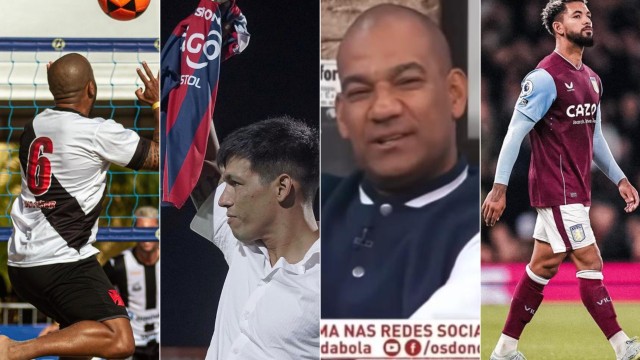