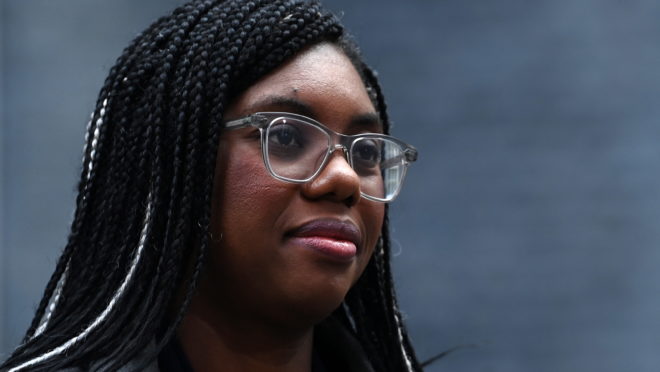 Who is Kemi Badenoch, critic of Identitarianism named UK Minister for Women and Equality

For the second time in her political career, Kemi Badenoch becomes responsible for the Ministry of Equality (now merged with the Women’s portfolio), amid criticism from the LGBT+ public. She was appointed on Tuesday (25) by the new Prime Minister of the United Kingdom, Rishi Sunak.

Debuting her speech in Parliament, Badenoch responded to the CEO of trans magazine Pink News, Ben Cohen, who called her “anti-transgender”.

“What I wanted to say, as we begin a new era of equality, is that the Equality Act is a shield, not a sword. It exists to protect people of all stripes, whether they are young or old, male or female, black. or white, gay or straight,” Badenoch declared.

She also stressed that she executes “a compassionate equality strategy” and that she should not be distracted by “people who use Twitter as a way of insulting or accusing Members of Parliament”.

The activist magazine accuses Badenoch of having worked to close the UK’s gender-transition pediatric clinic, Tavistock, and of maintaining a strong dialogue with Keira Bell. The young woman, who regretted her gender transition at age 16, transitioned to her birth sex and sued the British clinic.

The United Kingdom’s National Health Service (NHS), in addition to closing Tavistock, plans to ban surgeries and hormone treatments on those under 18, making new guidelines for doctors.

Pink News singles out Badenoch as one of the main articulators of these changes, alongside the LGB Alliance, a British charity advocacy group whose stated aim is to defend the rights of gays, lesbians and bisexuals, but is considered transphobic by activists.

The minister is also the target of criticism in relation to other matters. In a speech that had great repercussion on the internet, Badenoch questioned some anti-racist movements. “The ideology that sees my blackness as victimization and their whiteness as oppression is breaking the law,” she declared.

On the climate agenda, she has repeatedly highlighted that she believes in reducing carbon emissions, “but not to the point of bankrupting the UK to achieve this goal”.

Born Olukemi Olufunto Adegoke to a Nigerian family, the minister has been called “the Labor Party’s worst nightmare”. Badenoch joined the Conservative Party in 2005, aged 25, and is now described by The Guardian as “a rising star” for the Conservatives.

Daughter of doctors from Nigeria, she lived in the African country until the age of 16, then passed through the United States before joining Great Britain. Before entering college, she made sandwiches in hammocks. fast food.

Married, mother of three and an engineer by training, Kemi Badenoch held different positions in the Conservative Party, before being elected deputy by Saffron Walden, in the east of the country, in 2017.

She was Minister of State in the Department of Leveling, Housing and Communities and also in the Equality portfolio (in which she had been undersecretary) from September 2021 until July this year. That month, she left the Executive to run for the succession to Prime Minister Boris Johnson, but failed to reach the final round of the Conservative Party contest.

She then took over as Secretary of State for International Trade and Chairman of the Board of Trade on September 6 under Liz Truss’ lightning-fast government, until she was appointed to the Ministry of Women and Equality this week.

With them, you will be able to receive your protection and get rid of the …