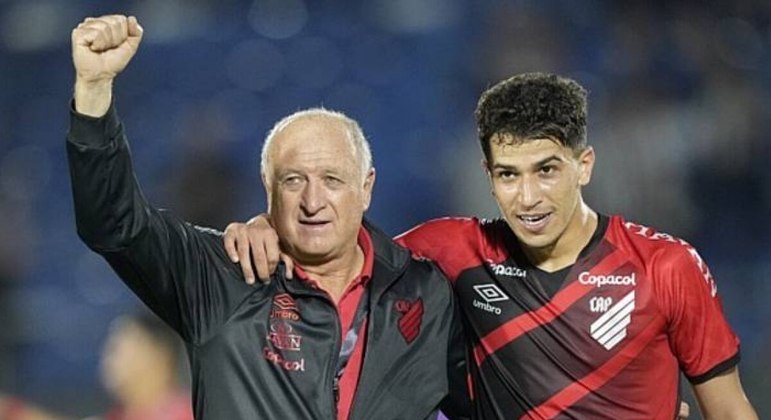 11 days away from turning 74, Felipão gives the ‘shut up’ to those who still charge 7 to 1. Ready to spoil Flamengo’s party – Prisma


It’s not just the “football world” that is shocked.


He never imagined that, 11 days away from turning 74, he would be playing in his fourth Libertadores da América final.


Luiz Felipe Scolari disguises it, but is enthusiastic.


The coach hears less and less reference to the biggest defeat in Brazilian football of all time.


The 7 to 1 for Germany, in Mineirão, in the semifinal of the World Cup.


Only those close to him know how much he suffered.


In addition to the humiliation, to see their family members devastated.


And he swore he would “turn around”.

After all, it was like the character Felipão, orthodox coach, firm, vibrant, uncompromising commander, who managed to make Brazil the winner of the World Cup in 2002.

“Creating” the “Scolari family”, based on the basic philosophical principle of “all against us”, especially the press, which so harassed the team in the Japan and Korea Cup Qualifiers.

It was not by chance that Felipão punched journalist Gilvan Ribeiro in the face, when he was in charge of Palmeiras. Gilvan dared to shout out a question about the coach’s answer, regarding not letting the fans follow the training. The mistake was screaming surrounded by players. Scolari felt he would lose command of the group if he didn’t react. Hence the punch.

I followed the whole deplorable scene on that April 17, 1998.

After the 7-1, he passed Grêmio, failed. He returned to Palmeiras, was Brazilian champion.

The Palmeiras tactical formation was basic, simple. A lot of marking, fast counterattacks. And a lot of air ball. Stop or cross.

The direction understood that the team did not change the way of acting and the opponents already knew how to neutralize Palmeiras. And he was fired in September 2019.

It was the golden weight for Cruzeiro. The dream was to take the team out of the second division. Smart, Felipão warned that he was taking over to avoid the fall to Serie C. He didn’t get access. There weren’t even the millions of Ronaldo. He left after mathematically Cruzeiro was saved. And their salaries are delayed.

He spent three months at Grêmio, being fired after 21 matches, between July and October 2021.

In May 2022, he took over Athletico Paranaense. It was an emergency situation, as the club failed in the hands of Fábio Carille.

Felipão accepted to be a temporary coach, because he wanted to assume the position of soccer coordinator.

But the victories were accumulating in Libertadores.

He knows very well how to assemble teams for the playoffs.

Psychological strength and physical demand impose themselves on traditional schemes, which demand a lot of vibration and intensity from the teams he commands.


Felipão knows how to read opponents’ strengths and stop them.


That’s how it surprised all of Libertadores.

Mainly in the semifinals, when dispatching the favorite Palmeiras.

Felipão wants to make history on Saturday, in the Libertadores final.

It could be your penultimate act as a coach.

If he wins, he would command Athletico in the Club World Cup, a title he lost to Grêmio and Palmeiras.

He loves that Flamengo is the favorite on Saturday.

“There is no total favoritism. If it were in two games, it could be different. If we know how to behave with quality and simplicity, we can complicate the game and come away with the title.”

“We know that Flamengo has capacity and quality. We also have it, as long as we do what we’ve always done in Libertadores. Let’s see what we’re going to do with changes and game strategy to match. the winner.”

The Paraná press admits that it has never seen Athletic players so focused.

Felipão found his technical assistant on the field in the veteran midfielder Fernandinho. He is largely responsible for setting an example, encouraging, charging, vibrating, guiding his teammates in decisive games.

The oldest Brazilian football coach to reach a Libertadores final is excited. Vibrant as ever, proving that the soul does not age.

And he wants a definitive answer for those who insist on 7 to 1.

Debunking Flamengo’s billionaire squad and staying with the 2022 Libertadores would be an unforgettable feat.

As was the Libertadores won by Grêmio under his command. And the first for Palmeiras.

Felipão made the players overcome themselves.

And that’s what he intends to do in two days’ time.

Winning his 28th title as a coach.

Shut up your persecutors once and for all.

At 73 years and 11 months, he remains surprising.

Reborn, going beyond its logical limits.

This is Luiz Felipe Scolari.

Finalist coach for the fourth time of Libertadores da América.


Mbappé leads the ranking with the biggest contracts in the history of the sport; check the names