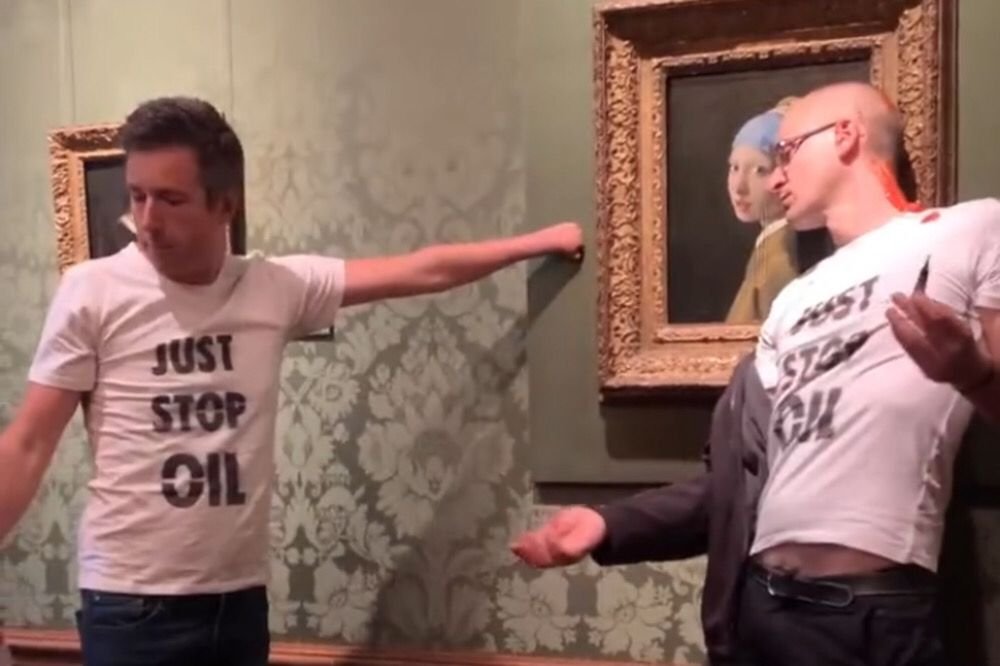 Activists Arrested for Attacking Girl With a Pearl Earring; video

Three climate activists were arrested after an action against the painting Girl with a Pearl Earring, at the Mauritshuis Museum, in the Dutch city of The Hague, this Thursday (27/10).

One of the members even used glue to stick his head to the picture painted by Johannes Vermeer, in 1665. They wore T-shirts from the activist group Just Stop Oil, which claims to stop the production of new fossil fuels.

The images show that one of the militants of the group threw a red liquid, similar to tomato sauce, on the activist glued to the board. Also, this second one stuck his own hand on the wall next to the artwork.

According to the website of Dutch broadcaster NOS, three people were arrested. The museum said the work was undamaged, but released a statement saying the art is defenseless and vehemently repudiating attempts to damage it for any purpose.

Actions by activists with works of art have been repeated every few days. On October 24, the wax figure of King Charles III of the United Kingdom received a “pie in the face” by members of the group.

The day before, activists had thrown mashed potatoes on Claude Monet’s Grainstacks.

The Girl with a Pearl Earring is internationally famous. The work inspired a 1999 book by writer Tracy Chevalier and a 2003 film, in which the protagonist was played by Scarlett Johansson.

Previous Cat breeds that are the perfect companions for children
Next “Must return to work in…”; Mosquito’s clinical situation comes to light after injury at Corinthians