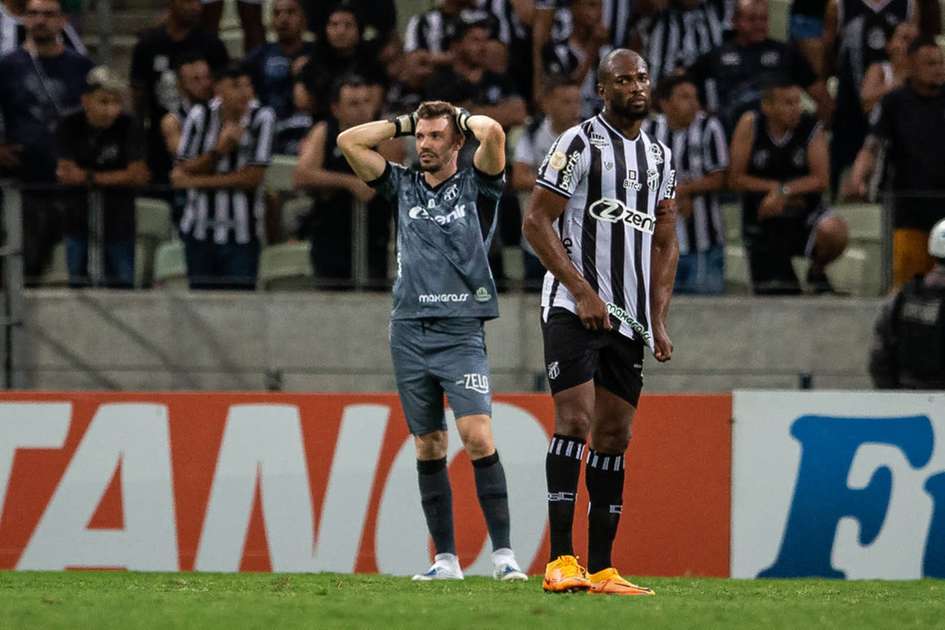 After the 2-1 defeat to Internacional in Beira-Rio on Wednesday (27), Ceará had to dry two direct opponents – Atlético/GO and Cuiabá – in order not to finish the 34th round in the relegation zone. Against Dragon it even worked out, with the team from Goiás losing to São Paulo 2-1 at Morumbi with a goal in stoppage time, but Cuiabá beat Avaí 1-0, also in stoppage time, at 45 minutes of the 2nd half, with Pepe.

With the results, Cuiabá reached 34 points, taking the 16th place that was from Ceará. Alvinegro, with the same 34 points, dropped to 17th place due to the low number of victories (6 against 8 for Cuiabá). The 16th is Coritiba, with 35, who lost to Fortaleza in Castelão.

With the defeat to São Paulo, Dragão remained with 33 points, coming right behind Avaí (28) and Juventude (21), the latter mathematically relegated after losing today to Atlético/MG.

Ceará was in the Z4 only one round in this 2022 Series A, in the 16th, after losing to Fluminense 2-1 at Maracanã. There are 4 rounds left for the end of Serie A.

See Ceará games and their direct opponents for the 35th round

Previous Group surrounds set and threatens to kill Natalie Portman’s series team
Next Alexa gets a new voice option for Brazil, but resources are limited