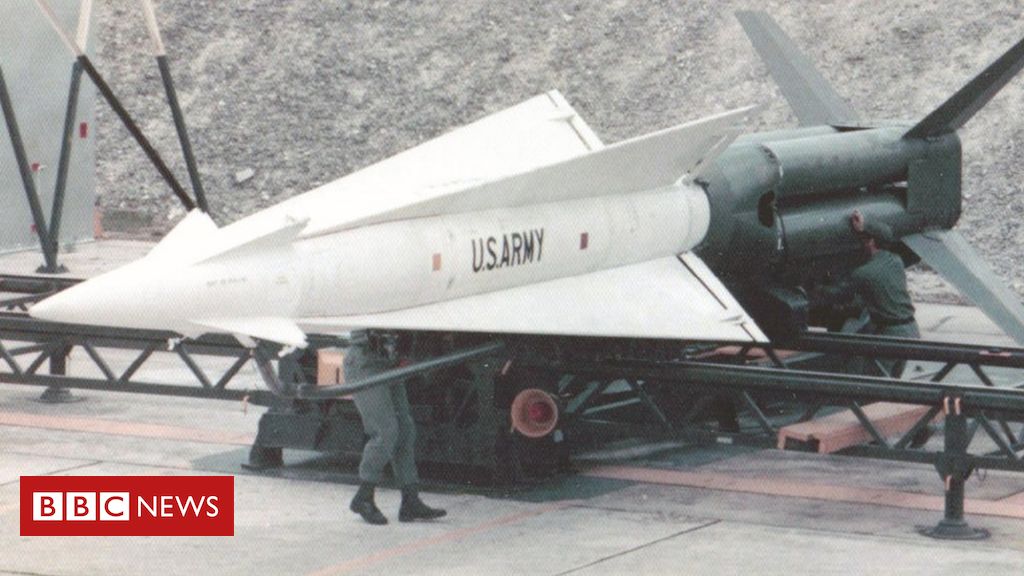 Cuban Missile Crisis: How the US Prepared Areas for Soviet Attack

When US President John F. Kennedy denounced the installation of Soviet nuclear missiles in Cuba on October 22, 1962, the world was on the brink of atomic war.

At that moment, no place on American territory was safe from a possible attack with Soviet nuclear weapons.

The first line of fire was the Florida peninsula. Its closest point to Cuba is just 145 km away from some of the missile platforms secretly installed by the Soviet Union on the island.

“People in Miami were aware that the missiles in Cuba were offensive and were aimed at the United States. And this was the closest major American metropolis to the island,” Paul S. .George.

“The supermarket shelves were empty and some people started building bunkers in their homes,” according to George.

Authorities quickly moved thousands of soldiers, weapons, vehicles and military equipment from across the country to South Florida.

The historian recalls that “in those days, trains full of soldiers constantly arrived and the streets were taken over by tanks and jeeps. The city of Miami and Florida as a whole were on a war footing.”

The Miami-Dade College campus, located in former Army facilities, has become a temporary military base again.

At the time, George was only 19 years old and studying at that college when the crisis began. He recounts a personal episode that illustrates the tense atmosphere lived in Miami in those days.

“I had a girlfriend who lived far away and we were sad because we really thought it could be the end of the world and we wouldn’t see each other again,” he says.

Meanwhile, local authorities urgently assessed the strength of the city’s buildings and selected more than 100 of them as safe havens in the event of a nuclear attack.

But unlike other American cities such as New York and Washington DC, Miami’s defense faced one major difficulty: the ground.

Built on swampy terrain, the city has no subway, nor deep underground facilities that could shelter its inhabitants in alert situations, such as air strikes or missile firing.

In any case, the priority of the United States was to prevent a single projectile, especially with a nuclear charge, from reaching Florida. And, for that, in the tense days that followed Kennedy’s announcement, four temporary defensive bases were quickly installed, to complement and protect the bases already existing in the state.

An elite unit — the 52nd Artillery Regiment — was deployed to these four bases. And within days, she installed what would become the United States’ main defensive asset against the Soviets and Cubans: the Nike Hercules missiles.

Inside the Nike base

To relive the events of 60 years ago, BBC News Mundo, the BBC’s Spanish-language service, visited the only one of these four old bases that has not been completely dismantled.

Situated in the Everglades Natural Park at the southern tip of the Florida peninsula, the Nike HM69 missile base was considered critical to the defense of the United States if the conflict really did advance.

“Florida was ground zero of the missile crisis [nos Estados Unidos] and this park was ground zero in Florida,” said ranger Daniel Agudelo, during the BBC’s visit to the former base’s facilities.

Soldiers from the 52nd Regiment arrived at the base in late October 1962. “Without time to say goodbye, they took a train at midnight with everything they needed, including equipment, machinery, vehicles and missile parts, to install a provisional missile base.”

Just 100 meters from the assembly building, the first of three huge pavilions was built that housed up to 18 Nike Hercules missiles. And, on the esplanade in front of the gate, you can see a tangle of rails and platforms connected to the interior of the hangar.

“If there was an alert, the soldiers would open the doors and push the missile along the tracks to place it on the launch pad, move it at an angle of 87 degrees and fire,” explains Agudelo.

With a limited range of around 150km and traveling at three times the speed of sound, the Nike Hercules missiles were purely defensive. Its purpose was to intercept large projectiles that entered American airspace, such as Soviet atomic missiles.

“Some of them had nuclear warheads and, for example, if 15 or 20 enemy planes loaded with atomic bombs came at the same time, they could destroy everyone in the sky,” says the guard.

The defensive nature of the Nike base did not mean that South Florida did not have the resources to attack Cuban or even Soviet soil. Just 15 km away, Homestead air base housed an entire array of B-52 bomber planes loaded with atomic shells and ready for action.

“During the crisis, there were B-52 planes in the air at all times, with nuclear weapons to respond to a surprise Soviet attack. The USSR knew that, so they would not attack because we not only had missiles, but also planes that could carry out atomic attacks,” explains Paul S. George.

After the missile crisis, base HM69 continued to operate as an interim military installation for another three years.

In 1965, the tents where soldiers were housed were replaced by concrete buildings and the site was consolidated as a permanent base for the armed forces. But it was only kept in operation for another 13 years, until 1979, when its facilities were taken out of service and left abandoned in the middle of the natural park.

It wasn’t until the 2000s that a veteran who had served at the base as a soldier during the missile crisis, named Charles Carter, presented local authorities with a project to preserve it and open it to the public for a few months a year.

Since then, between December and March, visitors to the Everglades Natural Park can see not only crocodiles, alligators, birds and manatees, but also this unusual relic of the Cold War.