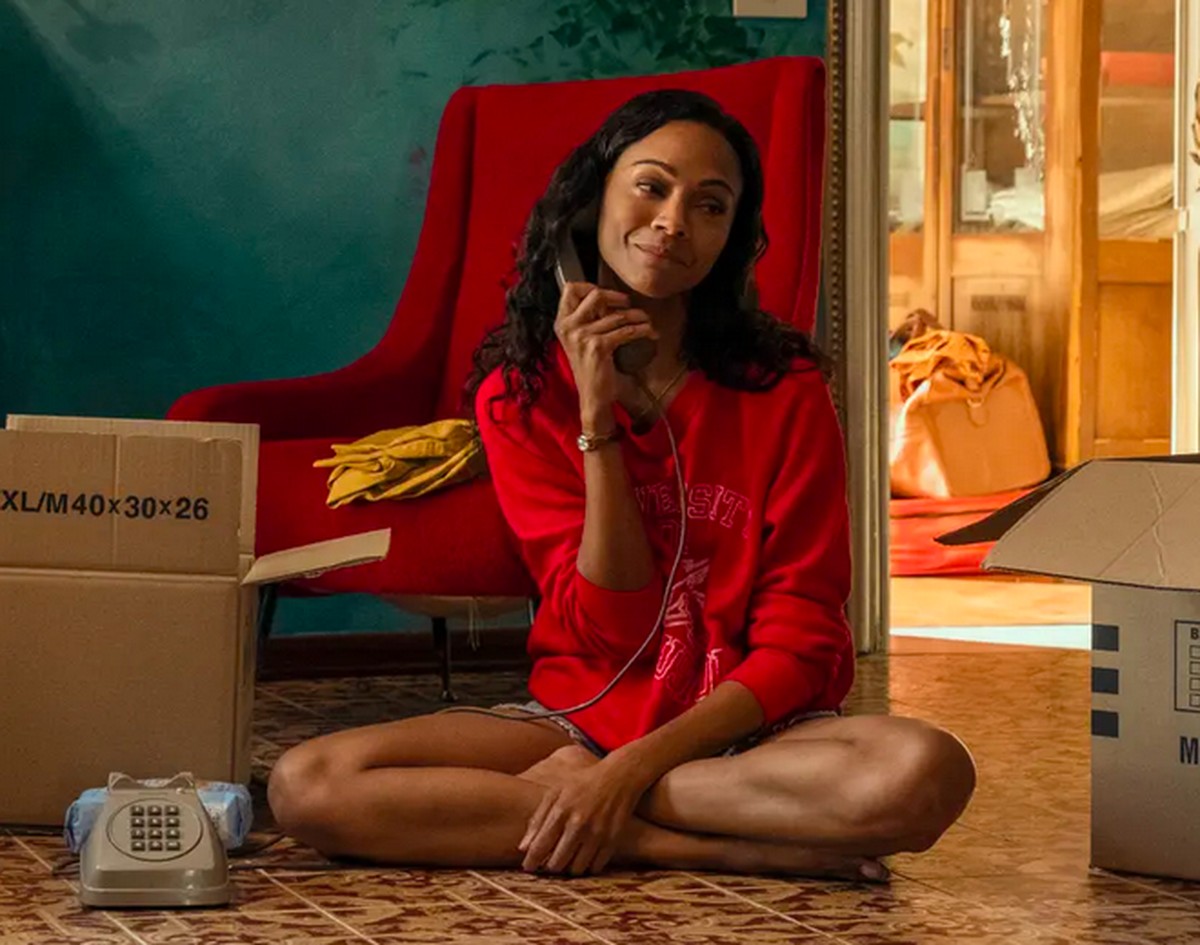 Actress Zoe Saldana impressed her fans by bringing a character half her age to life in the series ‘Recomeço’. Now 44 years old and a mother of three, Saldana is mainly known for her works as the warriors Gamora, in the Marvel films, and Neytiri, in ‘Avatar’ (2009). The new series starring her is inspired by the autobiography of writer Tembi Locke.

Although set throughout Locke’s life, the series sees Saldana playing the main character in her late teens and early adulthood, fresh out of college.

Zoe Saldana as the character Gamora in the Marvel movies — Photo: Reproduction

The eight episodes of the production are mainly centered on the main character’s relationship with the Italian cook with whom she ends up falling in love after going to study in Florence. Salana’s love interest is played by actor Eugenio Mastrandrea.

Zoe Saldana as her character in the series Recomeço — Photo: Reproduction

In real life, Saldana has been married since 2013 to Italian musician Marco Perego Saldana. They are parents to twins Bowie and Cy (7 years old) and youngest son Zen (5 years old).

Still in 2022, Saldana will be in theaters as one of the protagonists of ‘Avatar: The Path of Water’, continuation of the 2009 blockbuster. In mid-2023 she will return to theaters in the role of Gamora in ‘Guardians of the Galaxy Vol. 3’.

Zoe Saldana with her husband and children — Photo: Getty Images

Previous Virada Esportiva: free children’s races take place on the outskirts of São Paulo – Esportividade
Next “I saw a person die”; Interned, Pablo Marí manifests himself for the first time after being stabbed in the back in Italy