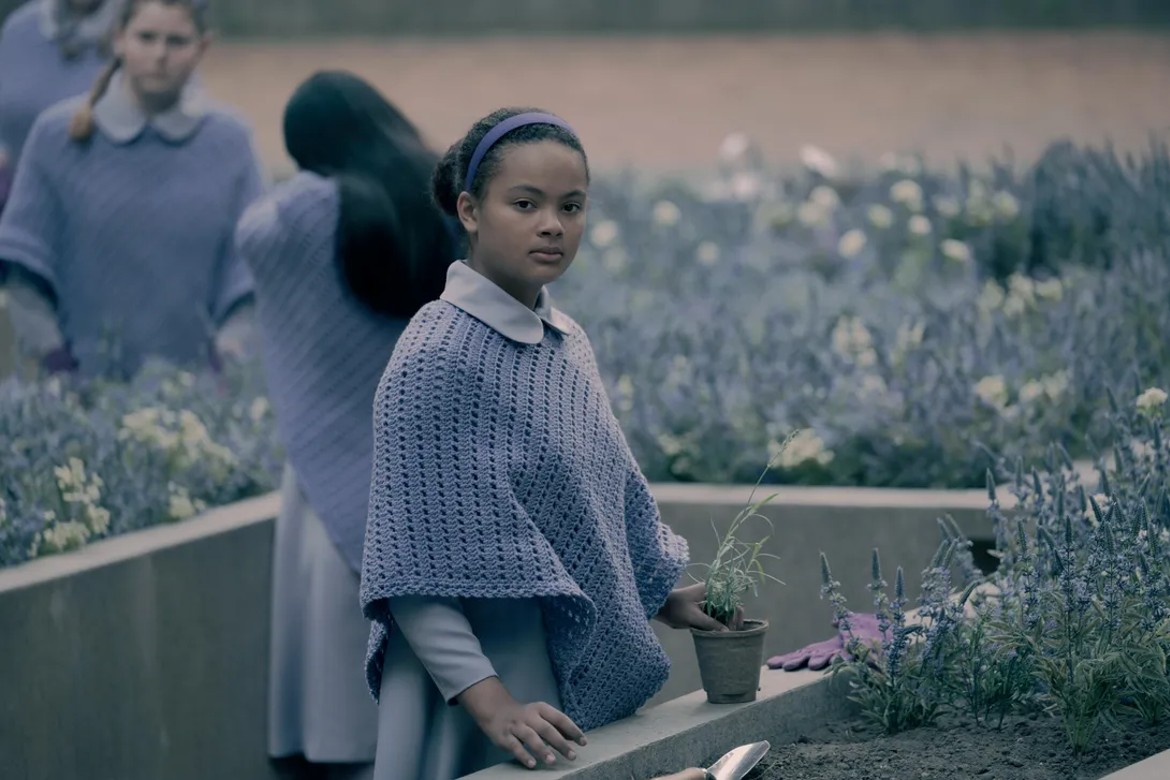 Straight to the end of the season, and here we have a quieter episode, a little weaker than the previous ones (actually, the weakest of the season, so far), but still, very good. A plot that establishes some pieces on the board of this penultimate year of the series and prepares us for something intense in the finale; something we still don’t know, because every week there’s a surprise and, so far, this strategy by the writers has worked a lot. It remains to be seen how to get things ready so that The Handmaid’s Tale definitively close with a golden key.

New Bethlehem’s plan got off the ground and is looking to attract American refugees to Canada. One of the things that made me “kind of like this” with the episode was the xenophobic groups appearing precisely at the moment when moving to another country is a topic discussed on the side of the villains of the series. Until then the protests were from religious fanatics, lovers of Gilead. Now we have people who hate Americans, ordering them to leave Canada. It’s too much convenience for one moment, don’t you think? It’s true that the whole thing works in terms of organic choice (it makes sense for it to appear in an episode with this theme), but it’s presented as something new, so it doesn’t sit well with the season’s overall ensemble.

Lawrence personally goes to Canada to talk to June, to convince her that Nova Belém is the right place for her and her family. And as was to be expected, Hannah is used as a bargaining chip, as bait, as a prize for June. It’s an absolutely genius move by the fundamentalists, especially since June represents the breakaway movement from Gilead. If she comes back, it’s like giving the go-ahead for other people to do the same. The episode raises a dilemma that is at once moral, political and sentimental, so there is no easy answer to this kind of question. What would you do in June’s place? Would they wait for the decision of a division of their country’s government (or what was left of it) or would they face the fascists to stand by their daughter’s side?

The closing of the chapter has an anticlimactic face disguised as epic (accompanied by soundtrack and all). With Tuello’s call, the weight came off June’s back and hope was reborn that Hannah would be taken out of Gilead. And according to a speech by Tuello himself, the American government is preparing some kind of attack on that nation. I don’t know how this will be done, whether it’s something a single country or a set of them, but with Lawrence at the helm of the religious dictatorship, extenuating circumstances may arise, including in the political field. Note how the script manages to humanize different situations and people here. Serena officially becomes a handmaiden to the Wheelers (did you feel any kind of pity for her or did you celebrate this taste of your own venom?) and Lawrence, the so-called “architect of Gilead“, is shown from another point of view: his own. Perhaps this game of personal dilemmas will be the keynote of the next two weeks’ chapters. Who said the show’s penultimate season finale would be easy?