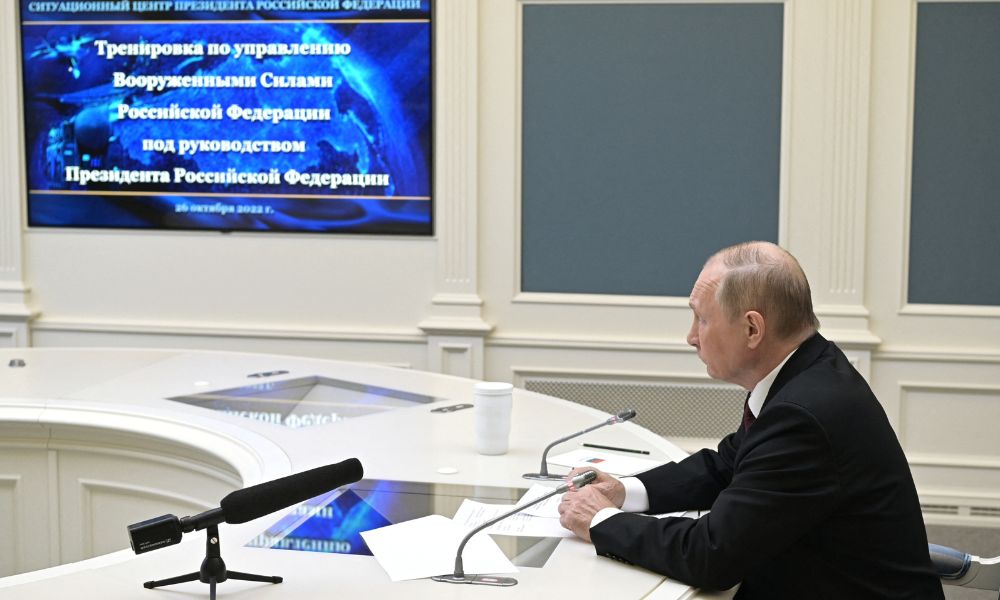 Exercises, supervised by Putin, are the first to be held since the ‘military operation’ was launched over Ukraine; Defense minister said this is a test of a possible attack

THE Russia began a mass nuclear launch simulation with its strategic nuclear forces dubbed “Grom” (Thunder, in Russian) this Wednesday, 26, under the supervision of the president. Vladimir Putin, which monitors everything by videoconference. “Under the leadership of the Supreme Commander of the Armed Forces Vladimir Putin, the land, sea and air strategic deterrent forces conducted training, during which practical launches of ballistic and cruise missiles were carried out,” the Kremlin said in a statement. One ballistic missile was launched over the Kamchatka Peninsula in the Russian Far East, and another from the waters of the Barents Sea in the Arctic. The exercise involved Tu-95 long-range bomber aircraft. “The tasks set during the strategic deterrence training exercise were fully accomplished, with all the missiles hitting their target,” the Kremlin added. The tests come amid Russian fears over Ukraine’s use of dirty bombs.

Russian “strategic” forces are equipped with intercontinental missiles, long-range strategic bombers, submarines, surface ships and naval aviation. According to Defense Minister Serguei Choigu, these are exercises in response to an enemy attack with similar weapons. The minister, who addressed Putin as a “comrade” and commander-in-chief of the Armed Forces, informed the president about the progress of the maneuvers, which only lasted a few minutes. These are the first exercises to be carried out since the beginning of the so-called “special military operation” in Ukraine, launched in February this year. The “Grom” maneuvers are intended to prove the level of preparation of the command centers of the nuclear forces, as detailed by the Russian presidency. 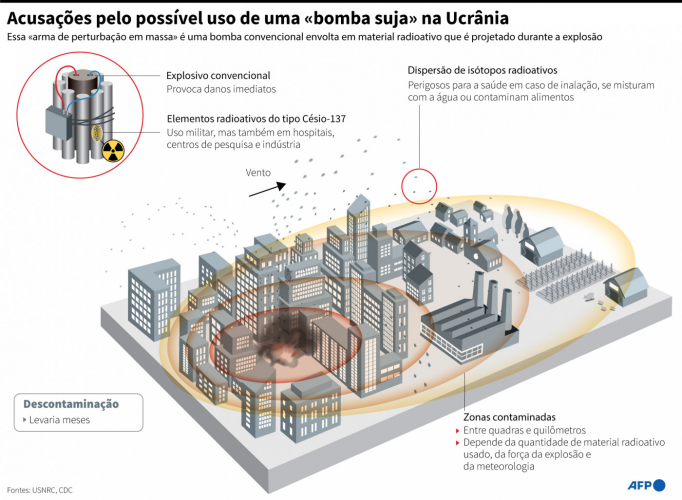 These exercises come amid the offensive in Ukraine and the crisis with the West and a day after the president of the United States, Joe Biden, claim that Russia will make “an incredibly grave mistake” if it decides to use tactical nuclear weapons in the war against Ukraine. “Russia would be making an incredibly serious mistake by using tactical nuclear weapons,” the president told the press. The Russian government denounced the possibility that Ukraine could use a “dirty bomb” on its own territory to blame Russia for its use of weapons of mass destruction and generate a harsh response from the West, a charge that Kiev rejected and that Paris, Washington and London sees it as a “pretext for a Russian military escalation”. Russian officials have repeatedly threatened to use nuclear weapons in the event of an existential threat to the state. Recently, the president warned that Russia will use all its arsenal to defend its territorial integrity and the four recently annexed Ukrainian regions of Donetsk, Luhansk, Kherson and zaporizhia.

As previously reported by the Pentagon, Russia has informed the United States about the plans, which coincide with NATO nuclear exercises, called “Steadfast Noon”, which have been taking place annually for a decade. Military Alliance training began on the 17th and runs until October 30th. General Pat Ryder, spokesman for the US Department of Defense, was responsible for releasing the information and explaining that “Russia is complying with its obligations for arms control and transparency commitments with these notifications”.

Previous Xiaomi presents the new Redmi Note 12, Pro and Pro+ with cameras up to 200MP – All in Technology
Next Anne Hathaway Reveals Strangeness About Playing With Jared Leto