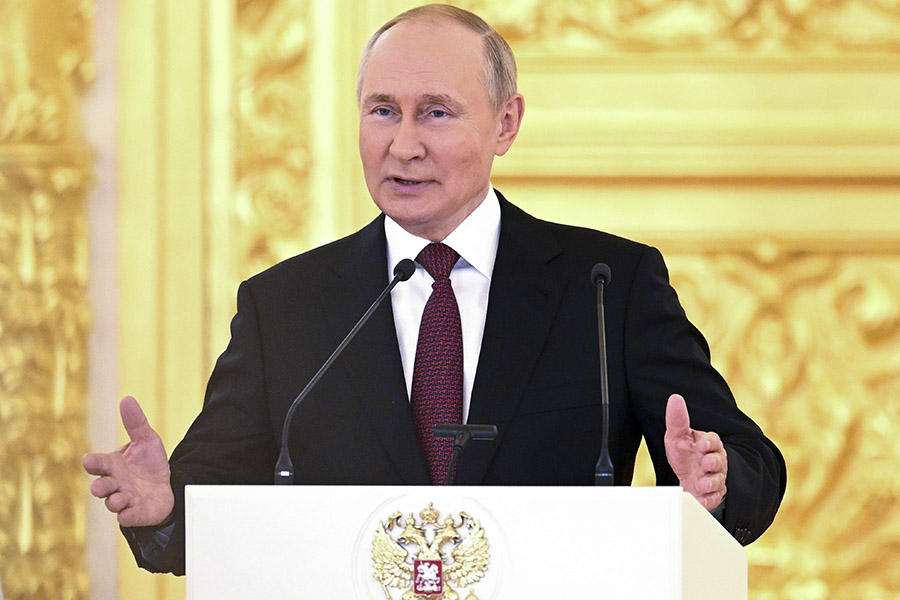 Amid Russia’s constant attacks on Ukraine’s critical infrastructure, a top Moscow official raised the possibility that Moscow could destroy Western commercial satellites being used in the war. At the same time, President Vladimir Putin yesterday escalated the tone against Western countries in a rare public speech. Putin accused Western nations, especially the United States, of wanting world domination and using Russia as a tool. According to him, Moscow is just defending its right to exist.

Konstantin Vorontsov, deputy director of the non-proliferation and arms control department at the Russian Ministry of Foreign Affairs, told the United Nations First Committee that the United States and its allies were using space to impose their domination, the agency reported. Reuters. According to the senior official, commercial satellites from the West could become legitimate targets for Russia if they are involved in the war.

“Near-civilian infrastructure could be a legitimate target for a retaliatory attack,” he said. “We’re talking about the involvement of components of civil space infrastructure, including commercial ones, by the United States and its allies in armed conflict.”

He didn’t name any specific satellites or companies, but recently businessman Elon Musk threatened to cut off his satellites from Ukraine’s Starlink, Space X, over funding difficulties. Musk even sent a letter to the Pentagon asking the government to take over the service that is essential for Ukrainian soldiers to communicate in war. The businessman turned back after the negative repercussion of the speech.

In addition to its use for communication, intelligence services, independent analysts and the press use images provided by satellites to analyze the situation on the battlefield, predict future Russian movements and check possible war crimes in occupied locations.

The speech came as Russia scales up its attacks on Ukraine’s essential infrastructure, such as energy, using especially Iran’s so-called kamikaze drones. Recent attacks have led Kiev to schedule blackouts to save energy.

As the official escalated threats against Western aid to Ukraine, the Russian president delivered a scathing speech against the countries of what he called the “self-titled West”. Putin accused the US and other NATO allies of escalating the conflict in order to dominate other countries.

“They put pressure on our borders, and for what? The aim was to put pressure on Russia and turn Russia into a tool to achieve his goals of domination,” Putin declared during his annual speech at the Valdai Discussion Club, a Kremlin-affiliated research institute that has brought together academics, diplomats and politicians since 2004. want to be a tool. Sanctions are imposed on them […] And in the end, if they don’t succeed, the main objective is to destroy. But that did not happen to Russia and it never will.”

Several times, the president accused NATO of wanting to impose a single culture, power and domination over other countries, in a nod to other nations such as China, Iran and regions such as Africa and Latin America. In his words, Russia is offering a non-Western society alternative. “Russia is not challenging, but simply defending its right to exist. Russia does not want to be a new power, it simply wants a multipolar world.”

“The West has taken several steps towards climbing and they are always trying to climb. There’s nothing new there. They are fueling the war in Ukraine, organizing politicians around Taiwan, destabilizing the world’s food and energy markets,” he said, putting Russia as a friend of other nations he called “the minorities” of the world.

“World domination is precisely what the West decided to bet on in this game. But this game is dangerous, dirty and bloody. It contests the sovereignty of peoples and nations, their identity and uniqueness, and has no regard for the interests of other countries.”