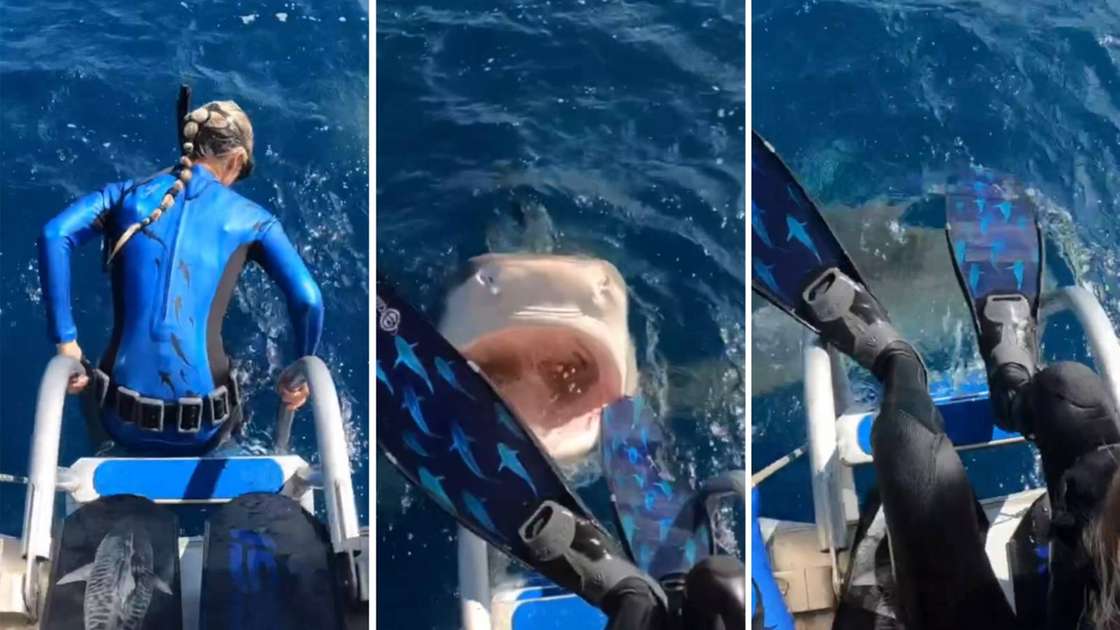 US marine biologist Ocean Ramsey narrowly escaped being bite by a shark, this Tuesday (25), when trying to enter the sea off the coast of Haleiwa, Hawaii. the diver recorded the episode in which she was surprised by the animal when she was getting ready to jump into the water.

In the images, it is possible to observe the moment when the woman is on the ladder of the vessel, preparing to dive, on the outskirts of the island of Oahu. However, when bending the body over the water, she spot the tiger shark coming towards her. The species is considered one of the most dangerous of the world.

The animal advances towards Ocean, who retreats in time and pick up the legs quickly. However, his mouth still touches one of the fins used by the biologist.

On social media, the diver said she was “more laughing than scared”. She also explained that it was a female shark. “Unfortunately she is very thin, possibly she just had a puppy”, she finished.

Ocean is the author of the book “What you should know about sharks” and carries out awareness-raising work focused on helping people to see these beings positivelyactively acting through photos, films, social media and books aimed at the protection of dogfish.