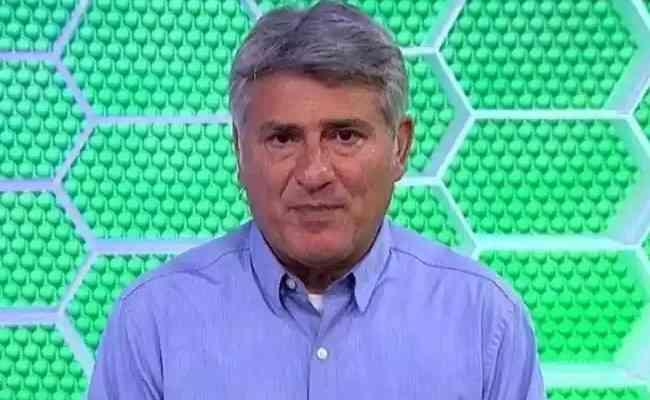 Fans from several clubs in Brazil complained about Clber Machado’s narration of Sampaio Corra’s 3-2 victory over Vasco, this Thursday (28), in So Janurio, for the 37th round of Serie B.

When the ball was lifted into the area, in the 54th minute of the second half, Jocio broke the tie. Clber Machado took a few seconds to narrate the goal and there seemed to be a mood of regret in the air.

Profile of Sampaio fans mocked on the networks. “Clber Machado very happy narrating the goal of a northeastern club (or would it be foreign?) in Rio de Janeiro. It’s like this no, si (sic)”.

Several fans complained about the narration

Clber Machado very happy narrating the goal of a northeastern club (or would it be a foreigner?) in Rio de Janeiro.

Not only is the narrator Clber Machado’s lack of professionalism evident in the narration of Sampaio Corra’s third goal, but also a lack of respect for Sampaio Corra himself and his fans.

Cleber Machado narrating Sampaio’s goal as if it were Argentina’s goal in Brazil pic.twitter.com/qKV0bn7vaV

There’s no more to put up with “professionals” like this Cleber Machado. The guy narrated Sampaio-MA’s winning goal with extreme disrespect, in a fevered voice. This guy, in addition to being a mediocre narrator, doesn’t study football out of the box, doesn’t know the athletes or the clubs.

Disrespect for the club and its fans!!! As always a pathetic narration by Clber Machado!

The narration of Clber Machado in the goal of Sampaio Corra is another sad chapter with Nordeste in his career.

I remember the narration of Sport’s 2nd goal, in the 2008 Copa do Brasil final.

Now, Vasco only needs a draw in the decisive game against Ituano, in the last round, to guarantee a spot in the elite of Brazilian football.

If Londrina wins, at the Café’s stadium, this Friday, at 7 pm, the Itu-SP team gets access with a victory over Vasco.