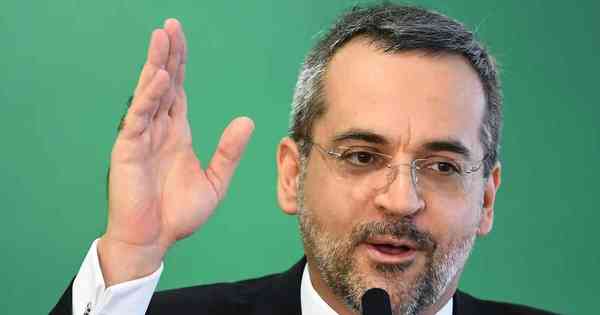 Weintraub on Bolsonaro: ‘He has no honor, he will lose the election’

Through social networks, the person in charge of the Education portfolio between April 2019 and June 2020 declared that the Chief Executive chose to follow the easy path, instead of valuing virtuosity.

“In addition to having no honor, he will lose the election!”, said Weintraub about his former ally.

Between a hard battle, with honor and virtue, or an “easy” re-election, at any cost, he chose to walk alongside corrupt and liars!
And now, in addition to having no honor, he will lose the election!

Detail: Chamberlain was not corrupt, nor did his children buy mansions… pic.twitter.com/alZIgjMKuf

“He was not corrupt, nor did his children buy mansions”, he wrote, referring to the purchase of 51 properties with cash by the Bolsonaro family.

Weintraub broke with the president in April this year. At the time, he had shown interest in running for government in So Paulo, running against Tarcsio de Freitas (Republicans).

After that, Abraham said that Bolsonaro “lied” to the people and accused him of being “dishonest”.

The former minister did not contest the election for the government of São Paulo, but he tried for a seat in the Chamber of Deputies by the PMB and received only 4,057 votes.

Previous Step by step to take WhatsApp ‘online’: simple and easy!
Next Peter Dinklage is Cyrano de Bergerac with dwarfism in musical – 06/12/2022 – Illustrated