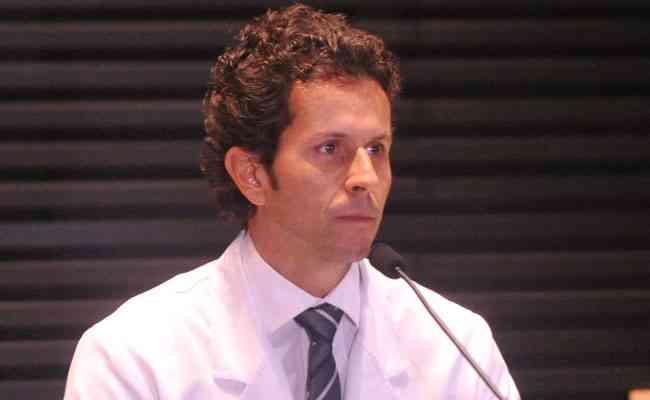 What are the situations of injured Atlético players? Lasmar explains

Atltico’s medical department is working on the recoveries of four players. One of them should return to play in the final stretch of this season. Another should return at the beginning of 2023. Those who had more serious injuries, on the other hand, should only return to work in the middle of the next season.

Attacking midfielder Pedrinho is the closest to returning to the pitch. On August 30, the young man had a serious muscle injury. Since then, embezzlement in the Atltico.

“He had a major injury. A tear in the adductor muscle of the right thigh. He has been showing a very favorable evolution. He is already in the final stage of recovery, doing physical work. Our idea is that, probably, next week, he will start the transition works aiming at a full recovery and that he will be completely recovered by the end of the season”, projected Rodrigo Lasmar, in an interview rooster TV.

On August 22, defender Igor Rabello suffered a serious ligament injury during training at Cidade do Galo, in Vespasiano. The defender underwent surgery and, according to Lasmar, has an estimated total recovery period of eight to nine months.

“Igor had an anterior cruciate ligament tear. He also had a meniscus injury. He underwent surgical treatment. He has been doing his entire recovery process for two months. This is an injury that requires around eight, nine months of recovery.” total for him to be playing,” he said.

“So, there’s still a long way to go, but it’s been progressing very well. The first phase of recovery, the use of crutches, the beginning of joint mobilization… It evolved very well. Now patience, because he needs to dedicate himself a lot” , said the doctor from Galo.

Left-back Guilherme Arana suffered, for many, the most traumatic injury of the season. Highly recommended for the Qatar World Cup, the defender had a multi-ligament injury on September 8, in the game against RB Bragantino, after a hard entry by striker Carlos Eduardo.

Rodrigo Lasmar addressed the “unusual” complexity of Arana’s lesion. He estimates that the winger will need even more time than Igor Rabello to return to the pitch. That is, he would probably return only in the middle of 2023.

“Arana had a very unusual injury in football, which is the rupture of the posterior cruciate ligament. It was an injury associated with others. He also had a major injury to the root of the meniscus, to the cartilage… All these injuries need some time, No? He underwent surgery about a month and a half ago. It’s an injury that still requires more time than Igor’s”, he said.

“It is a more difficult injury, more laborious from the point of view of recovery. But he has been following the steps foreseen for the recovery. From next week, he will start to step on the ground – for now he is still on crutches, without touching This progressive work will continue. As he responds well, we will evolve in the recovery process”, added Lasmar.

Serious Injuries of Igor and Arana

Rodrigo Lasmar asked for support from the duo attleticans who suffered ligament injuries. He reckons that players need to have “a lot of faith, a lot of hope” for a positive recovery.

“It’s a very tiring process, very repetitive. The player goes to the CT every day – twice a day, on several occasions – but to do physical therapy. He has no contact with the field, with the ball, which is his day-to-day routine. day. So, he has to be very calm, have a lot of patience, a lot of faith and a lot of hope. The recovery will be slow, but it will happen in the best possible way”, he added.

“They are two examples of athletes. Two very dear people in the group, very dedicated. This process requires a team together, (…) for them to feel supported, because it is a long journey”, emphasized the doctor.

Finally, Lasmar spoke about Hulk’s injury, confirmed this last week of October. The Atltico professional recalled the medical department’s caution with the situation, which was nothing new for a few weeks.

“Our last injury. I hope we don’t have any more until the end of the competition. The Hulk had a calf injury. Those are always tough injuries. He complained about that a little bit earlier. We tried everything possible to have him on the field, we need to manage this issue. An issue that we were all well aware of all the risks we run”, he said.

Rodrigo assured that Hulk “has been evolving very well”. Still, he highlighted that the player will actually return to action in 2023 – being the heaviest low for the Rooster at the end of the season.

” An athlete who dedicates himself a lot, wants to always be present, tries to recover a lot. Everything possible was done until, at a certain moment, it was no longer possible. He ended up feeling his calf a little before the game against Flamengo. in a recovery process. He’s been progressing very well for the type of injury he presented, but he still doesn’t have the slightest chance of going to the field”, he said.

“He is doing work with physiotherapy. We will recover him very well so that he is ready and well physically to help us as soon as possible. Hardly this year, but probably at the beginning of the season he will be well to help us a lot”, he concluded. Rodrigo Lasmar.