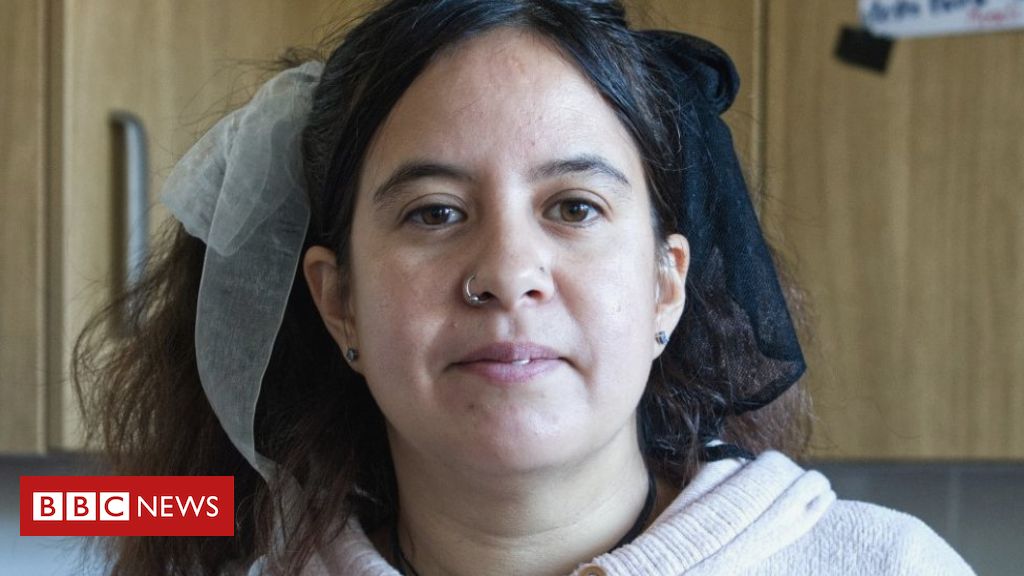 ‘When I only have one job I consider my day off’: English single mother has 5 jobs to survive

Every page of the calendar mounted on the wall in Rebecca Kellaway’s living room is filled with notes and highlights—some for her, some for her 10-year-old daughter. Most entries are in blue ink, and each one details work shifts. Sometimes there are three journeys written in a single day.

Kellaway is a waitress, caretaker and cleaning lady. When she is not working, the single mother takes care of her 10-year-old daughter.

She says she had to take a handful of part-time jobs because, as a single mother, she needed work flexibility to fit her daughter’s school commitments and vacation.

But keeping multiple jobs also has its cost, he points out. As a result of her work, she suffers a reduction in universal credit, an amount that is paid by the British government to help low-wage families.

While Kellaway’s monthly earnings vary, they collectively make around £1,030.

But the sum of wages is increasingly consumed by the rising cost of living, a phenomenon that affects many families in the UK.

The biggest rises in prices, he assesses, happened in food.

“It’s small things — like grocery shopping, which has increased by about a pound per item. With that, the values ​​add up and get high.”

She reports that she usually goes to markets where it is possible to calculate the total amount during the purchase, before arriving at the cashier. Thus, she is able to return the items if the budget is above what she had stipulated to spend.

“To survive, I need a long-term plan that allows me to know what I’m doing during the month to the last penny.”

Kellaway says he’s doing everything he can to keep costs down.

She washes the dishes once every three days to limit the amount of hot water she uses. The woman also says that she thinks a lot every time she feels like having a cup of tea, because of the cost of electricity to boil water in the kettle. Clothes are dried naturally, in the middle of the room, without using appliances.

“The stress of worrying about jobs, housework and still being a single mother is just too much.”

Last year, Kellaway dropped everything to pay for her daughter’s 10th birthday party.

The celebration, held in a trampoline park, was exactly what the girl wanted.

But the £300 expense meant Kellaway couldn’t afford a big present.

“I had to say that the party was her gift. My daughter was understanding and I even found some money to buy something smaller,” he recalls.

“But that’s a really bad thing to say to a kid—that you can’t, as a parent, buy something because you spent all your money on a party. It shouldn’t be that way.”

Kellaway would love to go on vacation, but says that today “is a dream.”

“I don’t think I can afford to buy clothes or a new pair of shoes because I know the food money is gone and the leftovers can be used for something for my daughter.”

“I can’t remember the last time I went to a supermarket and bought what I wanted without doing the math along the way.”

“If, after working all these hours, you don’t have enough money in your bank account to buy anything you want, there’s something wrong.”

“It’s really hard when a kid asks if he can buy a magazine, and you have to say no.”

“Everyday life is so expensive and frustrating,” he says.

Even in the face of all the difficulties, Kellaway says he loves to work.

“And I’m stuck in jobs that are poorly paid,” he points out.

Arranged on a chair in the living room is a painted portrait of Kellaway. It was a gift she received from an artist with multiple sclerosis, whom she cares for.

“Being a caregiver is an extremely important job. You have to be able to support someone who needs you, even if it’s for minimum wage.”

But what would Kellaway do if given a magic wand?

“I would take the universal credit reduction rate so that people get more. I would also subsidize child care properly and put a lot of money in schools to pay for breakfast and after-school extracurricular courses,” he lists.

“There is an idea that people are accommodated waiting for benefits. But we want to go out to work and get a decent salary.”

Kellaway hopes to take courses to become a psychotherapist in the future.

She started studying last year, but the demands of work and motherhood made education impossible at this point in her life.

The woman wants to resume classes in the future, when her daughter is a little older.

“I keep myself as happy and busy as I can,” she says.

“But when my daughter sleeps, I’m down and extremely tired.”

The UK Department for Work and Pensions has stated that it is “committed to supporting families and valuing work”.

A spokesperson for the agency said: “That’s why we’ve reduced the universal credit abatement rate and increased work allowances by £500 a year.”

“This is effectively a tax cut for the lowest earners, worth around £1.9 billion in 2022. It also means that 1.7 million households with universal credit have thousand pounds more than they earn.”

Defeated in Iraq and Syria, the Islamic State group announced on Wednesday (30) …