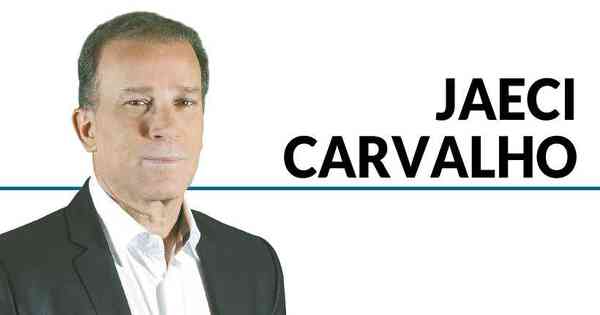 Guayaquil – Flamengo and Athletico-PR decide today, here in Quito, the Copa Libertadores da América, at the Monumental Stadium, at 5 pm (Brasilia time). The carioca team reaches its third final in four years, with a victory and a defeat, last year, for Palmeiras. In addition, he was champion of the competition in 1981, when he also won the Club World Cup, with a 3-0 victory over Liverpool. Flamengo is undefeated, with a brilliant campaign, while their opponent had six wins, four draws and two defeats, but eliminated Palmeiras, the current champions, who will be overtaken today.

The team from Rio is looking for the third championship, while the team from Paraná, its first conquest. He decided only once, with So Paulo, and lost. Until yesterday, there were 18,000 tickets sold, but one of the CONMEBOL representatives, our teammate Jorge Luiz Rodrigues, guaranteed that we will have 48,000 people in the stadium on the day of the game. Flamengo fans are in the majority and 15,000 are expected. The team from Paraná should reach 3 thousand.
The decision is involved in a lot of controversy, from flight cancellations, with a company from Rio being accused of not honoring the commitments made with customers, to the lack of hotels in the city and urban violence. Around here, there are fights between drug traffickers, street robberies are common and the police advise us to stay in groups and avoid walking at night.
The population, suffering like the Brazilian and almost all of South America, is kind, welcoming and tries to protect us. There are thousands of Venezuelans who fled the Maduro dictatorship, in the streets, begging and homeless. A sadness. Unfortunately, scenes are common in Brazil as well, where unemployment is high, violence is uncontrollable and more than 30 million people live in complete and absolute misery. The rulers of South America are mediocre and never take care of the people. Instead of serving the nations, they take advantage of them.

Speaking specifically of football, Flamengo has more teams, more groups, more benches and several popular players, while the opponent tries to enter the select group of the big teams, but still has a long way to go. His greatest asset will be on the bench, old Felipo, who was a champion wherever he went, but who messed up his history by beating Germany 7-1 in the semifinals of the World Cup in Brazil, and days later, 3-0 against Holland.

A 10-1 massacre. However, he has a successful career and knows how to play Hearts like no one else. He has Fernandinho, who delivered us in the 7-1 and in the Russian Cup, against Belgium, but Flamengo also has Davi Luiz, who delivered some goals against the Germans. There is no way to quote them without remembering that game. Flamengo has the best player in the country, the Uruguayan Arrasceta, and an infernal attacking duo, Gabigol and Pedro.

In addition to Everton Ribeiro and other great players. However, no ace. Brazilian football does not have this player. Athletico have a more modest team, which will play closed, probably with three defensive midfielders, and who will score all the time, playing for a counterattack.

It is worth remembering that in the decisions, even in the ones they won, recently, in 2019, against River, and this year’s Copa do Brasil, against Corinthians, Flamengo didn’t play well, but they won. Last year, against Palmeiras, in extra time, it was better, but Andreas Pereira handed over the gold, losing a dominated ball to Deyverson, who gave the title to Verdo. The team from Rio needs to be more relaxed in decisions, impose their best football and set up a scheme where they can score early on, to manage the match and build a bigger score. I have no doubt whatsoever about Felipo’s “goat mouth” scheme, which is to play for a ball.

He’s an expert at it. May we have a great refereeing by Argentine Patrcio Loustal, and may the VAR not falter. He is there to correct the blunders and not to confuse. May the players respect each other on the field, play ball, and may the one who presents the best football win. decision, Libertadores final, once again with two Brazilians. In the last two years, this has been repeated.

And it should become fashionable, since the Argentines Boca and River, the only ones capable of standing up to us, are on a bad footing. With eight teams from Brazil and eight from Argentina, Libertadores became a weak competition, from a technical point of view, and quantified.

Conmebol only thinks about making money and pleasing its affiliates. That fact. Good game to the good fans. After today’s match, read my column online on our website at State of Mines, only for subscribers, in the Sunday newspaper, on my Blog on Superesportes and on my YouTube channel. May we have a big decision.

Previous Jennifer Aniston is honest about ‘The Rachel’ haircut return
Next iPhone: 5 Things You Can Do With Gestures on iOS | Operational systems