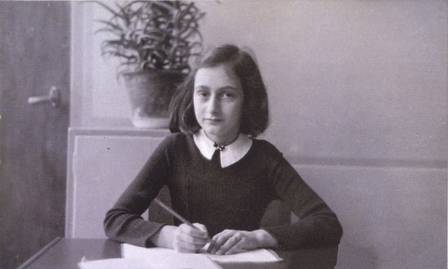 Hannah Goslar, one of Anne Frank’s best friends during World War II, died on Friday at the age of 93, said the foundation named after the Jewish girl, famous for her diary entries between 1942 and 1944. Hannah Goslar she was also held in the Bergen-Belsen Nazi concentration camp and became a Holocaust survivor. Anne Frank died at age 15.

Hannah, born in 1928, met Anne at school after her family fled Nazi Germany in 1933 and settled in Amsterdam, the Netherlands.

The two girls lost contact in 1942 when the Frank family went into hiding to escape the Nazis.

Hannah’s family was arrested by the Gestapo in 1943 and deported to Bergen-Belsen the following year. There, she was reunited with Anne in February 1945, shortly before her friend’s death.

The young woman and her sister Gabi were the only survivors of the same family.

Later, Hannah moved to Jerusalem where she married Walter Pick. The couple had three children, 11 grandchildren and 31 great-grandchildren.

“This is my response to Hitler,” Hannah used to say, according to the Anne Frank Foundation.

According to the organization, Hannah, or Hanneli as Anne called her in her diary, was one of Anne Frank’s best friends. They became close since kindergarten.

“Hannah shared her memories of their friendship and the Holocaust in her old age. She believed that everyone should know what happened to her and her friend Anne after the last journal entry. No matter how terrible the story is,” the foundation’s website adds. .

Between 1939 and 1945, millions of people, including Gypsies, the physically and mentally handicapped, and Eastern European citizens, were brutally murdered alongside six million Jews. In 20th century Nazi Germany, the policy of exterminating Jews was based on the concept of the Aryan race. For Adolf Hitler and his companions, all groups considered “inferior” should be eliminated. This “final solution” created by the Nazis resulted in the annihilation of a third of the Jewish population, treated as human filth.

Previous Instagram, Facebook and WhatsApp Web stop working this Friday
Next What results does Vasco need to go up in the last round? Check out!