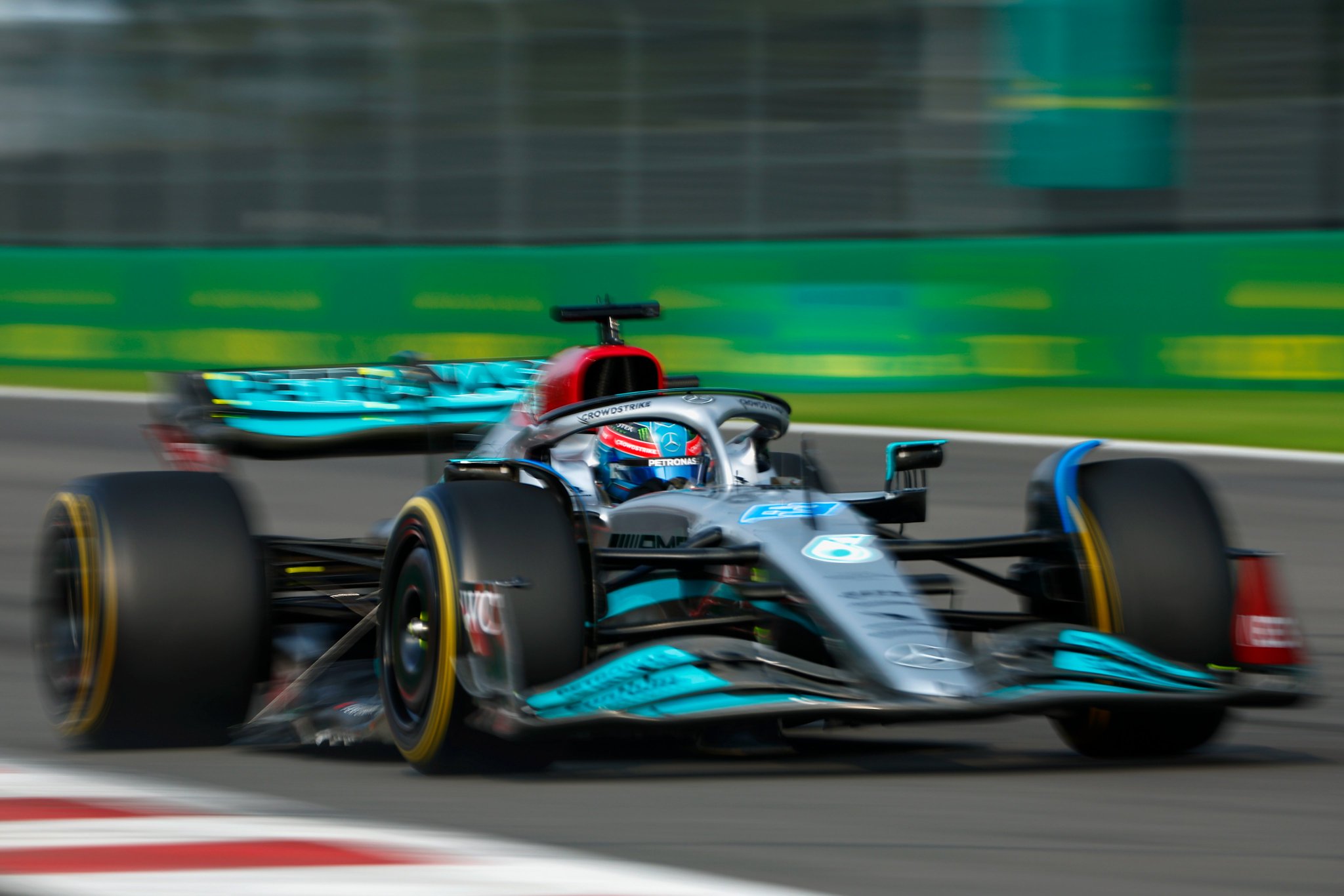 For the second week in a row, the formula 1 closes a Friday in a technically inconclusive way. Once again, tire tests conducted and guided by Pirelli provoked a change in the work program of the teams, which ended up having only the first free practice as a base of preparation for the weekend of the Mexico City GPthe antepenultimate of the season 2022. And, given this scenario of limited data, it is possible to place the top three teams in very close performances. But there are important details.

The slightly rubbery asphalt of the Hermanos Rodriguez put the overall performance into perspective. This is corroborated by the particularity of the Mexican capital. The fact that it is more than 2,000 meters above sea level makes it more difficult for the cars to set up and the performance of the motor very sensitive, so everyone focused on tuning the downforce and worry about cooling the power unit and brakes. It’s all very different because of the rarefied air. So, you need to go through as many turns as possible. And it was the Ferrari who appeared at the end of the session that opened the activities this Friday (28), with a huge mileage.

Carlos Sainz led the Italian team’s one-two in FP1, with a time of 1min20s707 – just 0s046 better than Charles Leclerc. Both tested the soft tires in search of performance and, later, the Spaniard also rode with the hard compounds, already looking forward to the race on Sunday, while the Monegasque followed with the reds. THE red bull did similar work with Sergio Perez walking more with the soft ones and Max Verstappen with the hard ones. The two were just over 0s1 of the time of the #55 Ferrari. Soon after, came Lewis Hamiltonalso working on running pace with the mercedes. The difference was only 0s142.

In complementary training in Mexico, George Russell appeared in front, following by Yuki Tsunoda and Esteban Ocon. All three were allowed to ride on the weekend’s soft tires as they did not participate in the opening session, due to rookie testing. And the best of the table during the experiments carried out by Pirelli was Hamilton. This time, the riders had at their disposal the two new soft compounds from the supplier’s range – which seeks information on temperature, grip and performance for 2023.

Therefore, only Saturday should reveal an image closer to reality about the order of forces for the Mexican leg. Decisively, the current champions remain in the position of favorites, not only because of their history in Mexico City, but a lot for what they have been presenting throughout the season. The question is to understand the difference for the two rivals, especially.

But if the actions on the track ended up being restricted due to tire tests, since there was no information about fuel load, configuration and compounds, the paddock of formula 1 it was still very effervescent. First, by the decision of International Automobile Federation regarding the sanction imposed on Fernando Alonso after the end of the US GP.

In Austin, the commissioners accepted an appeal made by the haha about a part that came off the Spaniard’s car after the accident with Lance Stroll. Alpine took 30s of punishment, which made the two-time champion lose seventh place.

It turns out that the French team decided to appeal the measure, arguing that the American team protested out of time and that Alonso was not warned about the problem. Very good. Initially, the sport’s governing body rejected the appeal, but had to backtrack in the face of new evidence presented by the alpinein a rare decision that returned the points conquered by Fernando.

Although it doesn’t happen often, the FIA’s behavior generated negative repercussions because, once again, it exposed it. Again, the entity found itself in the spotlight for setting dangerous precedents. Before the review made by the commissioners, Alonso needled the Federation and demanded consistency – with good reason. The result turned out to be a victory for the French, but Haas had more to say on the matter – and with the same reason, by the way. “This shows, again, that there is no consistency,” he said. Guenther Steiner to Sky Sports F1 on the track in Mexico.

“Our main point was that they needed to be consistent, which they didn’t, so I hope they find out soon because we were punished three times with the front wing, so if a car is illegal, there’s just a little bit of chaos going on. It’s frustrating if the race director doesn’t know the rules!”, shouted the director at a time when the F1 race chief is also going through a new transition, amid criticism over the events of the event. japan GP.

But it still wasn’t all in Mexico City. Hours later, the FIA ​​published information about violations committed by Red Bull in relation to the budget ceiling. The entity detailed the review of the data, published the amounts and the sanction applied as a result of the agreement made with the Austrian team. The now five-time champion exceeded the limit by just over R$ 11 million. And it was fined US$7 million (or around R$37 million), in addition to a limit regarding the development of the 2023 car.

The terms of the agreement and the transparency regarding the values ​​were considered strengths of the episode. The sanction regarding aerodynamic testing time is very sensible, in fact, if you think that Red Bull will have less scope for work on new parts than Ferrari and, especially, Mercedes. It is a disadvantage element indeed. The fine itself seemed to be just a detail.

In any case, the whole imbroglio involving the spending limit left gaps to be filled and doubts about how the teams will behave from now on. Perhaps whoever had the clearest view of this case was Zak Brownthe CEO of McLaren. “We appreciate that the spending cap investigation is a complex process conducted by the FIA ​​in a thorough and transparent manner,” said Brown in Mexico. “I am pleased that the truth is known, and the result is what we expected — there was a cost cap violation by one team, with nine others operating according to the rules. Therefore, it is only fair that punitive action is taken,” he added.

In the manager’s view, a heavier punishment will make the teams have a better understanding of the regulations. “For the FIA ​​to be more effective and its penalties to be a lesson to others when the rules are broken in this way, the sanctions will have to be much stronger in the future.”

“We hope that with the lessons learned in this process, all teams will have a clear understanding of the rules to avoid future violations. While we are pleased to see them act, we hope that the FIA ​​will take stronger action in the future against anyone who deliberately violates the rules.”

O BIG PRIZE accompanies LIVE and IN REAL TIME all the activities of the GP of the City of Mexico Formula 1. On Saturday, FP3 opens at 2 pm (GMT-3 from Brasília). After that, the classification is scheduled for 17:00.

Previous George Clooney Talks About Partnering With Julia Roberts In A Ticket to Heaven, Universal Pictures’ New Romantic Comedy
Next ‘Barrados’ star’s girlfriend reveals how she hit the points with Megan Fox to manage children – Monet