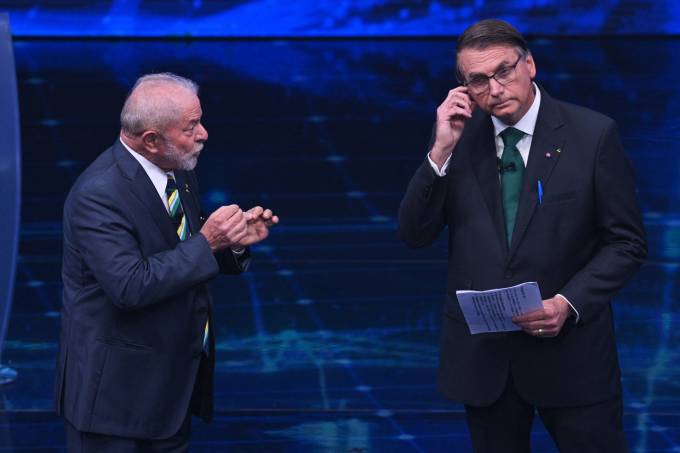 Lula and Bolsonaro’s chances at the “exit” of betting sites

Faced with the polarization of these presidential elections and the errors of polls in the first round, bookmakers have become an alternative thermometer to measure the chances of Luiz Inácio Lula da Silva (PT) and Jair Bolsonaro (PL) in the second round, which will take place next Sunday, 30th. Data from six bookmakers collected by VEJA at 5:00 pm this Friday, 28th, two days before the election, show that, on average, Lula has a 65.1% victory compared to Bolsonaro’s 35.2%.. It is worth remembering that, unlike electoral polls, bookmakers consider the probability of winning, not the percentage of votes.

Last week, as the performance of state-owned shares also showed, the chances of candidate Bolsonaro grew in bookmakers – even though he continued behind Lula – since the definition of the first round, after a succession of factors that favored his campaign. At the time, VEJA’s survey of the same houses, with data collected on Thursday, 20th, showed that Lula was 63.8% chance of victory, against 36.2% for Bolsonaro’s candidate. In other words, since then, the candidate of the Workers’ Party has regained strength in relation to the candidate of the Liberal Party after the attack by Roberto Jefferson, a Bolsonaro supporter, on the Federal Police.

In the week after the first round of elections, on the 5th, data from the websites showed that Lula had a 69.3% chance of winning against Bolsonaro’s 30.6%.

In these elections, due to the fierce competition between the candidates, but also to the growth of the sports betting business in the country, the volume of players interested in placing their bids grew. On Galera.bet, for example, until this Friday, the 28th, the number of bets in the second round grew 32% in relation to the first. “But until Sunday a lot should happen in terms of betting volume. The debate itself and certain news that will come out until the election date influence”, says Ricardo Rosado, marketing director of Galera.bet.

The calculation of the chances of the two candidates was based on the odds available on the companies’ websites, which in practice are the multiple that sports betting houses consider to remunerate the winners. This Friday, for example, the odds Bet 365 for those who bet on Lula are at 1.44, while Bolsonaro’s are at 2.62. In practice, this means that for every 1 real bet on Lula’s victory, the player who gets it right wins 1.44 real. The internet user who bets on Bolsonaro and gets it right wins 2.62 reais. The lower the amount paid for the bet, it means that the house expects that event is more likely to happen.

to transform the odds In case of a chance of victory, a calculation was carried out with the help of Professor Fábio Machado, head of the statistics department at the Institute of Mathematics and Statistics at USP. “Statistics works with probabilities in a value of 0 to 1. The candidate’s chance of winning is the inverse of the odd and so I made the number ‘one’ divided by the value of odd“, says Machado. To arrive at the percentage, the house gain, better known as juice. Subsequently, a rule of three was applied that led to the statistics of each candidate.

Previous Motorola Moto G41 has an OLED screen, 48 MP camera with OIS and is very cheap – Tudo em Tecnologia
Next Antony Mackie Responds If Captain America Is In The Movie