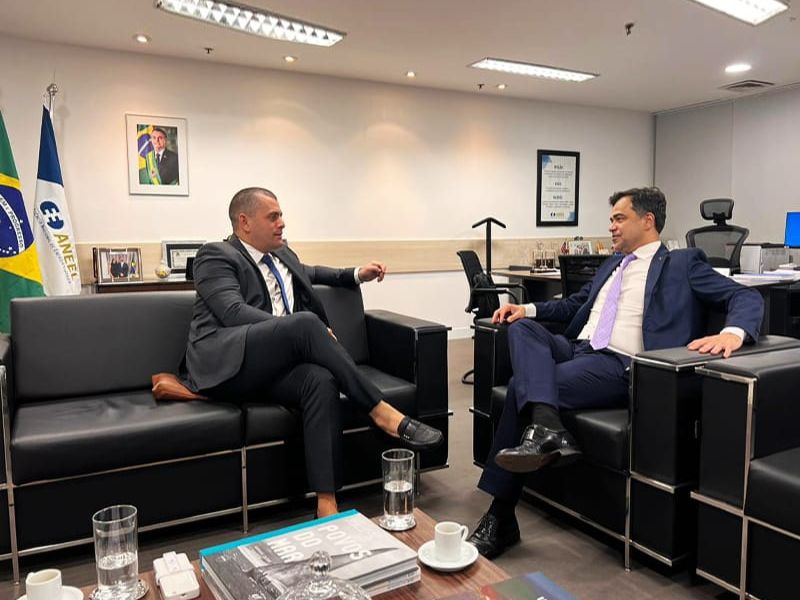 President of INEL, Heber Galarce, in a face-to-face meeting with the General Director of ANEEL, Sandoval Feitosa. Photo: Disclosure

O objective is to advance the possibility of a extension of current GD clearing rules (distributed generation), provided for in Law 14,300, for another 12 months: from January 2023 to January 2024.

The information was disclosed exclusively to the Solar Channelby Ricardo Costa, Secretary of Solar Energy at INEL.

Last Thursday (27), he and the entity’s president, Heber Galarce, were in Brasília to have a first conversation with Feitosa.

The main topic of the meeting involved, precisely, the possibility of extending the term of application of current DG rules.

“On Monday (31), we will be, once again, in Brasília, also with deputy Lafayette de Andrada to pave the way for the discussion, later this year, with other parliamentarians, seeking success in the postponement request”, said Costa.

According to the INEL secretary, the conversation with Lafayatte de Andrada is scheduled to take place in the morning, while with Feitosa in the afternoon.

“The conversation will be individual with each one. Specifically with Sandoval, we’re going to reinforce the same issues (from Thursday’s meeting) and go into some greater detail,” he said.

Previous “Productive conversations”; Barros acts ‘on the sly’ and the gringa press exposes Palmeiras’ negotiations with the Champions League striker for 2023
Next Captain America 4 | Anthony Mackie says how Sam Wilson will make his mark