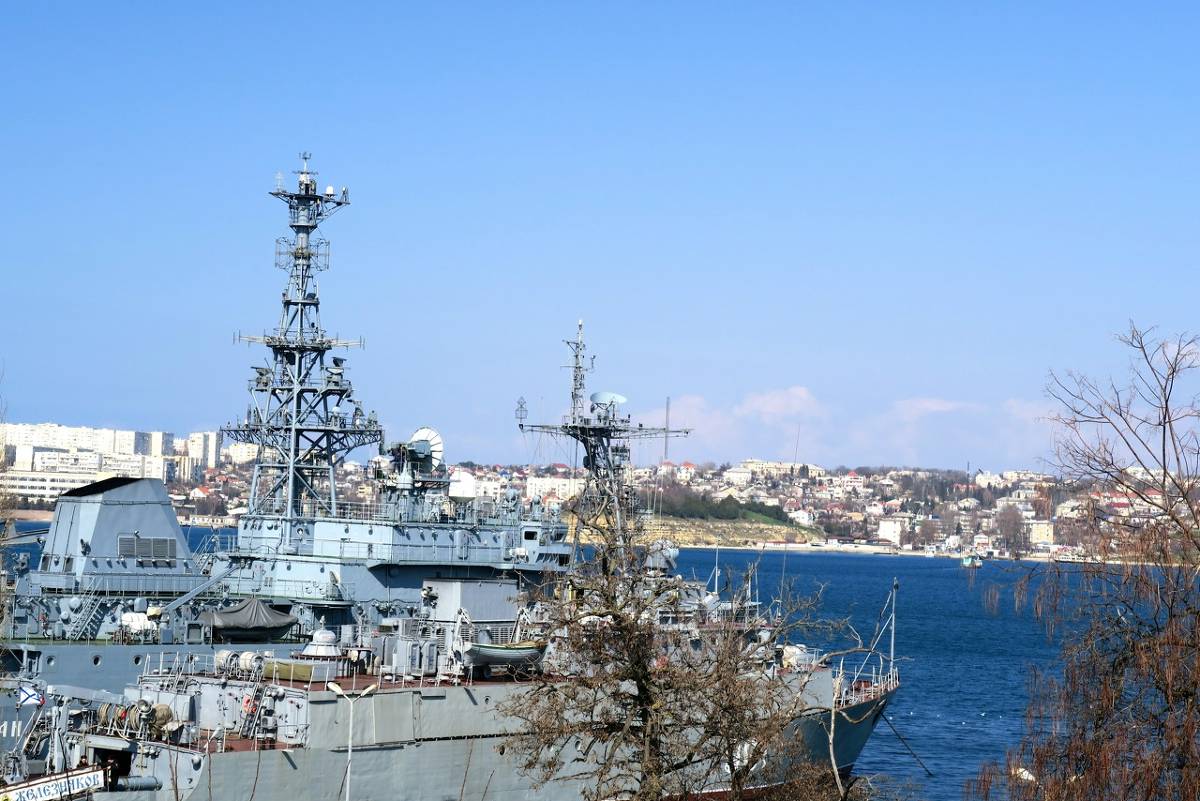 The Russian Defense Ministry accused the United Kingdom of helping Ukraine to carry out the biggest attack against the Black Sea Fleet base in the early hours of Saturday (29), and of having organized the explosions that destroyed 3 of the 4 branches of the system. of Nord Stream pipelines.

Claiming to be a target of terrorism, Moscow said it would suspend a Ukrainian grain export deal that uses the Black Sea as a corridor for the products vital to Kiev’s economic survival. Its fleet ensured the passage of civilian ships, previously blocked in its ports, according to an agreement brokered by Turkey in July.

It is the first time that Moscow has accused a member country of NATO, the Western military alliance, of actively participating in an attack on its infrastructure. So far, the accusations have concerned the massive shipment of weapons from the US and Europe to Kiev, as well as the sharing of intelligence information.

According to the Defense Ministry in London, the charges are “false allegations on an epic scale” aimed at detracting from Russian military difficulties in Ukraine, which they invaded in February.

The United Nations said on Saturday it was in contact with Russian officials following reports that Moscow would suspend its participation in the deal that resumed exports of grain and fertilizers.

The explosions in the Nord Stream, whose twin systems run more than 1,200 km under the Baltic Sea, linking Russia and Germany in the most symbolic project of European dependence on Moscow’s natural gas, took place a month ago.

As President Vladimir Putin said on Thursday (27), in a meeting with international analysts near Moscow, they were the work of a government against Russia. But he didn’t give names. The already reduced shipment of Russian gas to Europe is through a branch in Ukraine and the Turkish system, and is key in the pressure exerted by the Kremlin to retaliate against sanctions imposed by the West on its economy.

Earlier, NATO had pointed the finger at the Russians, warning Putin that it would not tolerate attacks on its energy infrastructure. This is a sore point, as doctrines on the use of nuclear weapons on both sides provide for their use in the event of existential threats against the state.

The attack that took place at 4:20 am (22:20 pm on Friday in Brasília) this Saturday in Sevastopol is the most audacious since the explosion that hit the Crimea bridge, symbol of the annexation promoted by Putin in 2014, earlier this month.

The Black Sea Fleet is a weakened force that has retreated its most precious ships to the Sea of ​​Azov, which is a larger, more protected arm of the water body. But its base has been Russian since the Romanov empire, having been established in 1783.

Even when Ukraine seceded from the Soviet Union in 1991, an agreement was made for the Russians to pay to maintain force there, in the Russian-speaking region of Crimea. In 2014, formalities were dropped.

Thus, the explosions that damaged the minesweeper Ivan Golubets and a containment net in Yuzhnaia Bay have high symbolic power for a demoralized fleet, which in April lost its flagship, the heavy cruiser Moskva, in an attack near the ukrainian coast.

According to military spokesman Igor Konachenkov, nine aerial drones and seven autonomous underwater models, which function as GPS-guided torpedoes, were used. They damaged the network, which aims to prevent submarines from entering Sevastopol Bay, which has several secondary bays embedded in the great imperial city, such as Yuzhnaya.

There are no reports of injuries. Prior to this attack, the Black Sea Fleet headquarters had been targeted by drones a few times, without major consequences.

Ukrainian President Volodymyr Zelensky’s chief of staff reacted by accusing Russia of “blackmail” and having “invented terrorist attacks” on its own territory.

But the war, despite being physically close, was only felt more assertively on the peninsula when an air base was attacked and almost half of the naval aviation component of the fleet was destroyed in August.

The explosion of the bridge in Crimea led to the change of the commander of Russian operations in Ukraine and the wave of subsequent attacks on the neighbor’s energy infrastructure, which has already somehow reached 60% of the country’s electricity distribution, with winter at the door.

Now Kiev faces the risk of seeing its economy further strangled if there is no solution to the grain issue. Prior to the Russian announcement, the UN Secretary General, António Guterres, had asked for the renewal of the terms of the agreement, which helped to lower the international price of the commodity with the export of 8 million tons of products so far.

Previous iOS 16.1. renew security measures: see how to activate
Next Alexandra Daddario reveals inspiration for Meghan Markle for wedding: “Obsessed with her” – Who