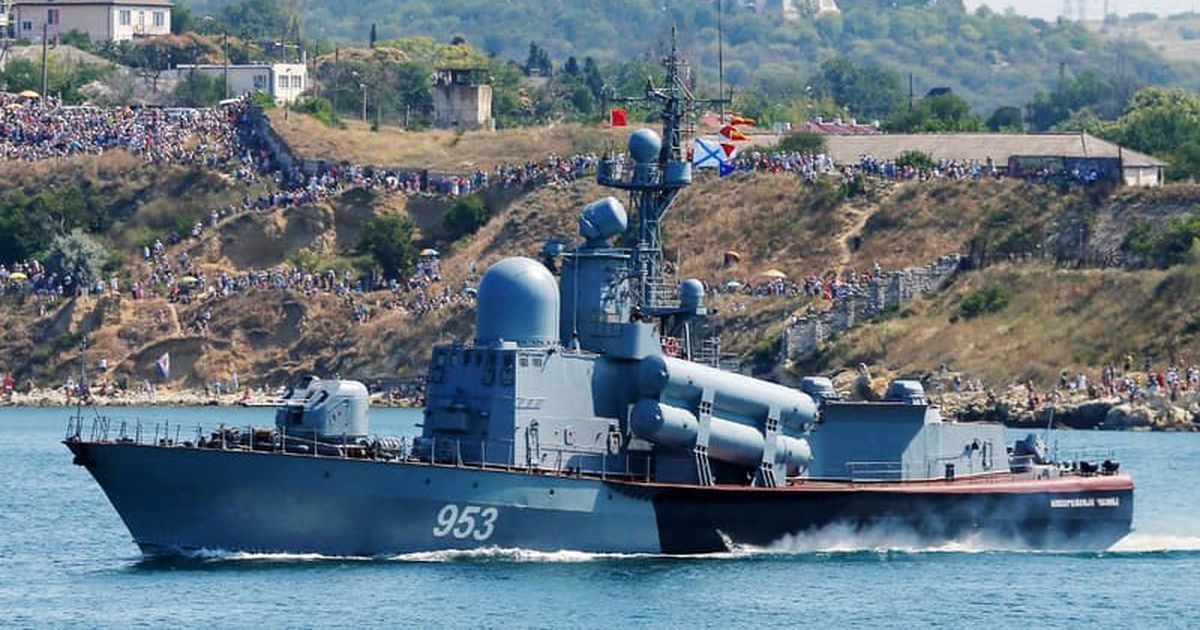 MOSCOW – The Ministry of Defense of Russia accused this Saturday, 29, the Ukraine and the intelligence of UK to launch a drone strike against the Black Sea Fleet in Crimeathe Russian-occupied peninsula that has been a key stage for invasion of ukraine promoted by the president Vladimir Putin. An earlier attack on a Crimean bridge sparked an aggressive response from Moscow across Ukraine..

A loud explosion was heard this morning (local time, Brazilian night) over the sevastopol bay, the largest city in Crimea and where the Russian Black Sea Fleet is based, according to Russian state news agency Tass. The Russian-appointed governor of the region, Mikhail Razvozhaev, said in a Telegram post that Black Sea Fleet ships “repelled” the attack. His attack allegations and the Russian response could not be independently verified, and he did not assign blame.

But the Russian Defense Ministry blamed “the Kiev regime”, saying in a statement that thes Black Sea Fleet ships were the target and that minor damage was sustained by at least one Russian ship. He added that 16 drones were involved and that “all air targets” were destroyed. The ministry further said that the targeted ships were involved in the UN-brokered agreement to allow the export of Ukrainian grain. There were no immediate comments from Ukrainian officials.

“The preparation of this terrorist act and the training of the military at Ukraine’s 73rd special maritime operations center were carried out by British experts,” the Russian Defense Ministry said, adding that one of its ships, the Ivan Golubets, had suffered minor damage. This drone attack on Russian Black Sea Fleet installations in Crimea was the most intense of the conflict in Ukraine, said Mikhail Razvojayev.

The regional governor asked the population to refrain from commenting and posting videos on social networks about the attack, because, according to him, this information can be useful to the enemy, that is, Ukraine, to understand how the defense of the city is organized.

Crimea, which has been under Kremlin control since Moscow illegally annexed the peninsula in 2014, is of immense symbolic importance to Putin. An explosion earlier this month on the bridge connecting the peninsula to Russia it took Putin retaliating with mass attacks in Ukraine that killed dozens of people and hit critical infrastructure.

Ukraine’s leaders maintain a policy of official ambiguity about attacks far behind the front lines and have not claimed responsibility for this outburst, which came after a series of attacks on the Black Sea peninsula during the previous months that disrupted the sense of security and away from the war in Crimea.

The announcement of the new drone attack on Sevastopol takes place as Ukrainian forces carry out a counteroffensive to retake territories in the south of the country. On Thursday, the pro-Russian governor Mikhail Razvozhayev reported that the Balaclava thermal power plant was hit by a drone attack that left no major damage to infrastructure or casualties.

In August, he also denounced a drone attack on the Russian Black Sea fleet’s headquarters in Sevastopol, an incident that left no injuries and was the second in a month. On 31 July, a drone landed in the Fleet General Staff yard, injuring five employees and causing the cancellation of all planned Russian Fleet Day celebrations.

Also on Saturday, the Russian army accused London of involvement in the explosions that caused leaks in September in the Nord Stream 1 and 2 pipelines in the Baltic Seabuilt to transport Russian gas to the Europe.

“Representatives of a British Navy unit participated in the planning, delivery and execution of the terrorist act in the Baltic Sea on 26 September to damage the Nord Stream 1 and Nord Stream 2 gas pipelines,” the Russian Defense Ministry said on Telegram.

The British Defense denounced false Russian allegations on Twitter to divert attention. “To deflect attention from its disastrous handling of the illegal invasion of Ukraine, the Russian Defense Ministry resorts to publicizing false allegations of epic dimension,” he tweeted.

Russia has repeatedly complained that it was not included in the international investigation into the Nord Stream leaks that followed the alleged sabotage.

The Swedish court announced on Friday its intention to carry out a new inspection of the gas pipelines, as did the Nord Stream consortium, which sent a civilian vessel under the Russian flag.

Since the conflict in Ukraine, the two gas pipelines connecting Russia to Germanyare at the center of geopolitical tensions, fueled by Moscow’s decision to cut gas supplies to Europe in alleged retaliation for Western sanctions. /EFE, AFP and NYT

Previous iPhone: 5 Things You Can Do With Gestures on iOS | Operational systems
Next Halloween: Remember the most famous villains from Disney animations