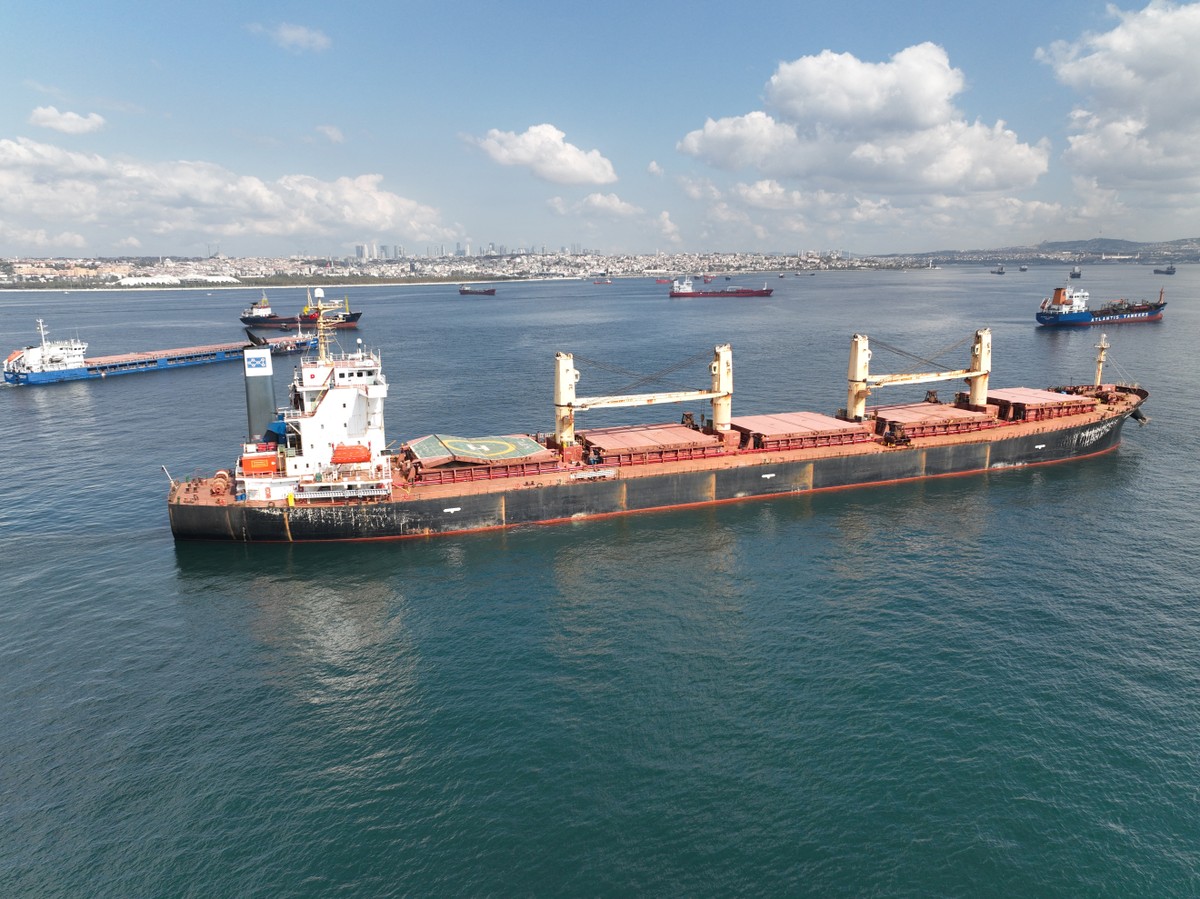 Russia has suspended participation in a UN-brokered deal to export agricultural products from Ukrainian ports after attacks on ships in Crimea, the Defense Ministry said on Saturday. Moscow also said that Russia is ready to replace the grain exported by Ukraine. Russia said Ukrainian forces, with the help of drones, attacked Black Sea Fleet ships in Sevastopol, the largest city in Russia-annexed Crimea, in the early hours of Saturday.

“In view of… the terrorist act of the Kiev regime with the participation of British experts against Black Sea Fleet ships and civilian ships involved in ensuring the security of the “grain corridor”, the Russian side suspends participation in the implementation of agreements on the export of agricultural products through Ukrainian ports,” the ministry said in a statement.

The ministry said earlier that Saturday’s drone strikes were largely repelled, with minor damage to a Russian minesweeper. Separately, Russian Agriculture Minister Dmitry Patrushev said on Saturday that Russia was ready to supply up to 500,000 tonnes of grain to poor countries over the next four months free of charge, with assistance from Turkey.

“In light of this year’s harvest, the Russian Federation is fully prepared to replace Ukrainian grains and deliver affordable supplies to all interested countries,” he said.

Stephane Dujarric, a UN spokesperson, said the body was in contact with Russia following reports of the suspension. “It is vital that all parties refrain from any action that jeopardizes the Black Sea Grains Initiative, a critical humanitarian effort that is clearly having a positive impact on access to food for millions of people around the world,” he said. he.

Russia said on Friday that only 3% of food exported under the agreement went to poorer countries, while Western nations accounted for half of all shipments.

Since Russia and Ukraine signed the UN-backed Black Sea Grain Initiative in Turkey on July 22, millions of tonnes of corn, wheat, sunflower products, barley and soybeans have been exported from Ukraine.

UN aid chief Martin Griffiths said on Wednesday he was “relatively optimistic” that the deal, which allowed Ukraine’s Black Sea grain exports to resume, would be extended beyond mid-November.

Under the agreement, Ukraine was able to restart its Black Sea grain and fertilizer exports, which had ceased when Russia invaded the neighboring country on February 24. The settlement would initially last 120 days.

READ MORE ABOUT THE GRAIN MARKET