The Lakers lost to the Minnesota Timberwolves 111-102 on Friday night. Anthony Davis sat out due to back pain, and Russell Westbrook returned from injury starting on the bench. Russ had 18 points and 8 rebounds in the loss.

Before the grim reality of losing another game became all too clear to us fans, there was hope. Russell Westbrook scored 10 points in the first half, Austin Reaves was making great passes and the Lakers were 35% on 3-pointers and winning the rebound battle 28-24 at halftime.

The Lakers have yet to outrun an opponent in the third period, and Friday night was no different, with the Timberwolves overcoming the Lakers by a mere three points. The positive use of three points from the first half regressed when the average dropped to 28.6 from long distance.

In the fourth period, reality finally came out. Karl Anthony didn’t get tired of hitting threes, Anthony Edwards made several consecutive baskets and Gobert grabbed the important rebounds. In the middle of the period, the difference was double digits. The Lakers could have given up right then and there, but the team kept the score even. Troy Brown Jr. warmed up from three, and after a few baskets, the Lakers were down by just four points with four minutes left.

The Lakers’ effort playing without Davis fell short as the Timberwolves won by nine. The team stayed in the game until the final seconds, but never got closer than two possessions to the end of the game.

It’s hard to speak of positives when the Lakers can’t win, but there were some to weigh. Russ did well in the second unit and played his best game so far this season. He passed the ball well, pressed the rim, and his injury doesn’t seem to have slowed him down. Despite the absence of AD and with Wolves having big names like Rudy Gobert and KAT in the paint, the Lakers managed to win the rebound battle 55-49. It was a true team effort with more than six players having six or more rebounds on the night.

The Lakers are in a hole they can’t get out of. Keeping the team as it is means a season with LeBron is being wasted with few years left of his career.

Let’s see now how the team fares against Denver next Sunday, in the relentless pursuit of their first victory. 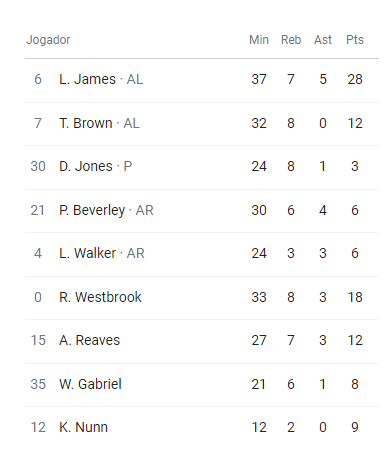 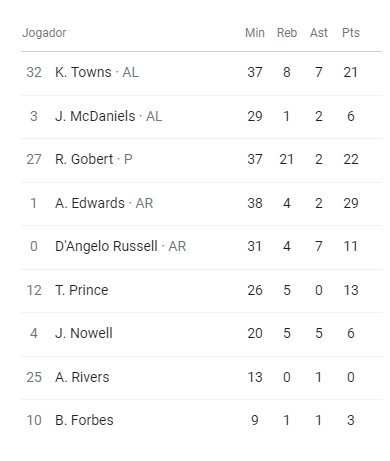 Previous Reality TV star hits back at Jennifer Lawrence after being called ‘wicked’ by actress – Monet
Next How should I use the cell phone charger? Can I use it while charging?