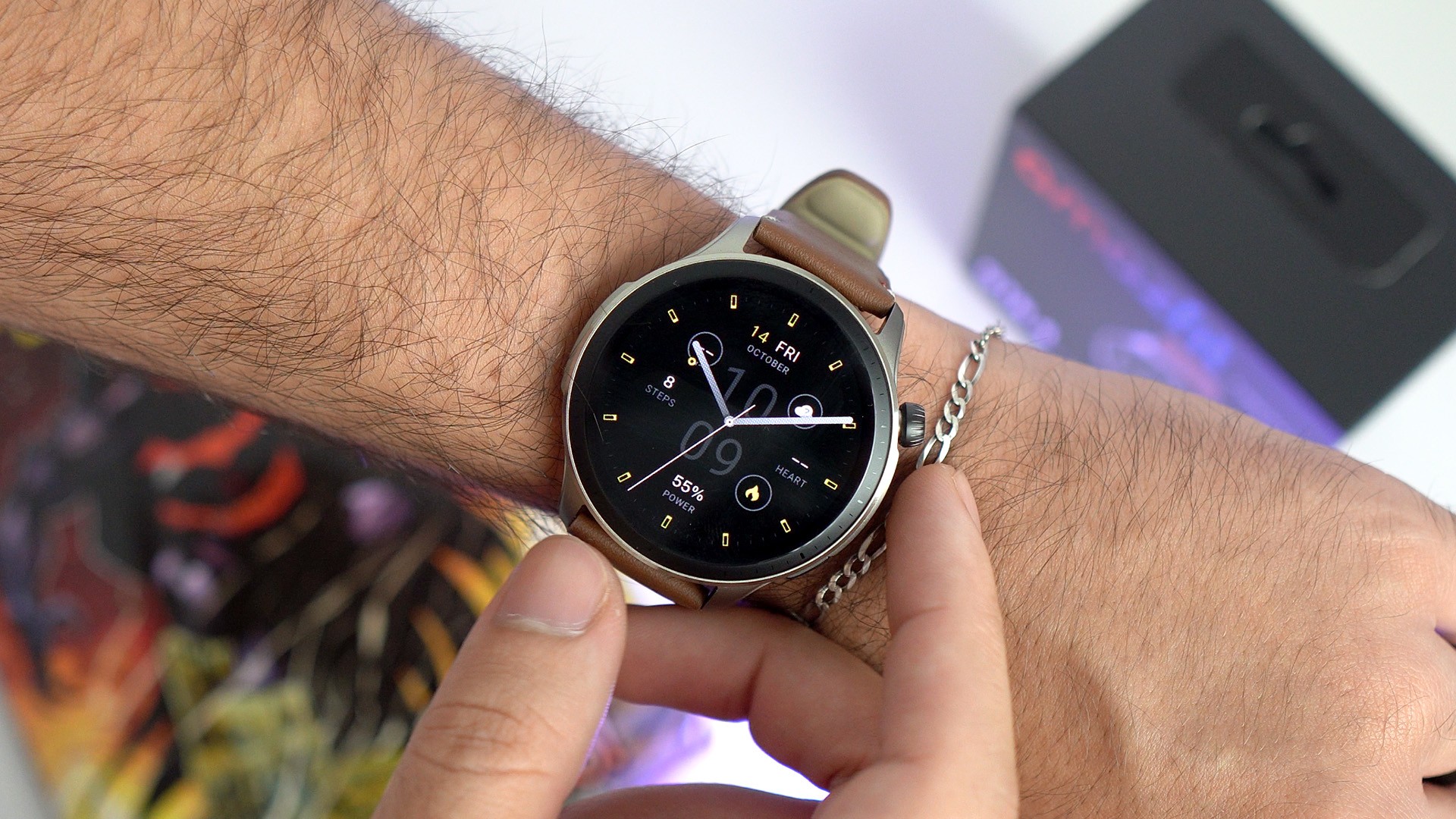 Amazfit GTR 4: the best smartwatch of the brand? | Analysis / Review

Under the promise of delivering even more than what we have seen in previous generations, the Amazfit GTR 4 was made official just over a month ago here in Brazil. But will the new smartwatch of the Chinese brand be able to surpass its predecessors and still face the strong competition? That’s what you see below, in our full review.

Available in three variants: with a fluoroelastomer, nylon and leather strap, the new version of the GTR brings with it an elegant design, with a high quality finish, with a structure that mixes aluminum alloy, polycarbonate and stainless steel.

Water resistant, the smartwatch carries within it a set of very competent sensors. In addition to the routine sensors for monitoring your body indices, the watch is also equipped with a gyroscope, barometer, accelerometer, compass and light sensor – to adjust the screen’s brightness.

And speaking of the screen, the Amazfit wearable supports a display with 1.43-inch AMOLED technology coated in tempered glass. Here, the displayed colors are quite vivid and thanks to the high density it is practically impossible to see pixels or aliasing in the system interface items.

In our hands, we have the variant with a leather strap and this one, in turn, has the same easy-change mechanism that we have already seen in other watches of the brand. 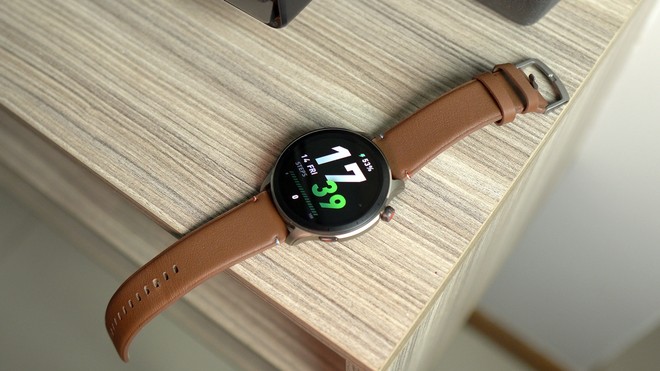 Although the leather combines very well with the classic brown of this version, other bracelets, in other colors and materials, should also fit very well – even better for moments of more intense physical activity or a dip in the pool; since moisture and leather don’t usually get along so well.

With a screen with Always On feature and rotating crown for navigation that we have already seen in previous versions of the line, the GTR 4 features ZeppOS as an embedded operating system – just like in other watches of the brand.

Although the system runs very smoothly, without any type of crash or choking, Amazfit’s choice of OS carries a certain weight.

As much as everything works very well here, Zepp is still somewhat limited if we consider other options available on the market. 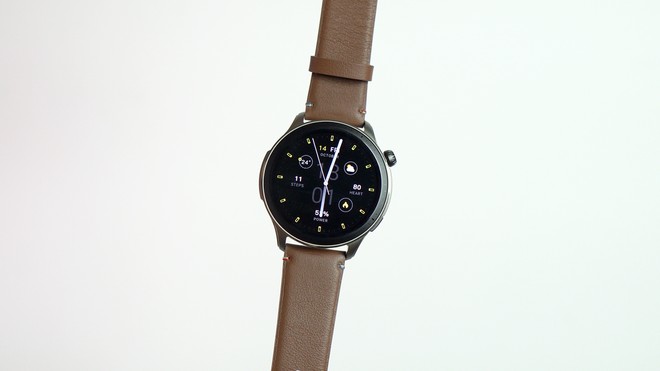 Despite supporting an ecosystem of mini apps, the watch’s functionality cannot be extended much further. With that, don’t expect support for third-party apps like Spotify, Google Fit and others; here you will find simpler options like Calculator, Water time etc.

But despite the limitation, the watch still has an interesting set of features. In addition to bringing integrated GPS with the promise of high precision, the GTR 4 has internal memory for storing music and allows the connection of Bluetooth headphones for playback.

In addition, it is capable of receiving and making calls via Bluetooth, using the smartphone it is connected to, and has a feature that has become common for some Amazfit lines: Alexa. 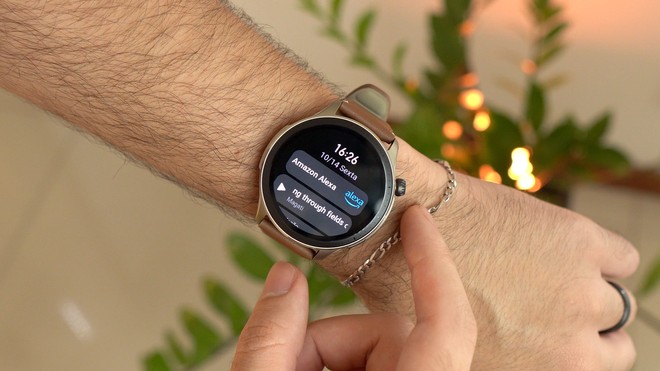 That’s right! The device has the retail giant’s virtual assistant. Just press and hold the side button or access the widget available in the watch menus to access the function.

However, in order to work, the wearable needs to be properly paired with the smartphone, which is a bit strange as the watch can independently connect to a WiFi network.

Anyway, thanks to the built-in microphone, both calls and Alexa requests work very well, without having to bring the watch too close to the mouth. The sound emitted can be heard clearly, despite being low and not full-bodied.

But the watch’s functions don’t end there! As a good activity tracker, the GTR 4 is able to track your main daily indexes, monitoring stress, heart rate, blood oxygenation, sleep hours and levels of your training sessions. 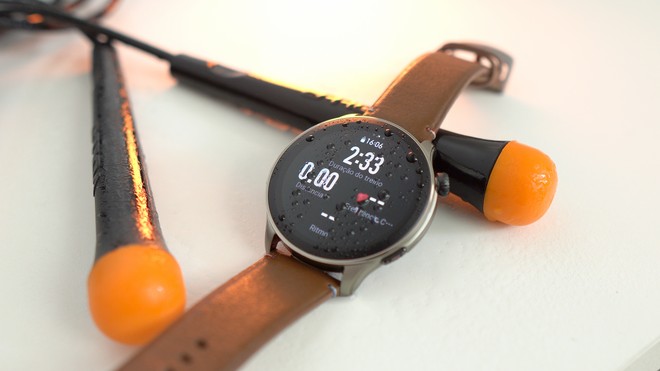 In addition to the more than 150 sport modes available, ranging from outdoor walking and swimming to board games, the watch is capable of detecting – automatically – dozens of strength exercises and up to 8 sports, showing muscle groups in the app. worked on during practice; something quite surprising.

Here, a novelty for the brand’s watches. While the GTR 4 does not support third-party apps onboard, data collected by the watch can also be synced across Strava and Adidas Running.

And speaking of apps, we have Zeep. This, with the information collected by the wearable, is able to maintain a complete history of the user’s data, keeping a record of steps taken, physical activity sessions performed – with visualization of the muscle groups worked, heart rate, stress and oxygenation rates, information about menstrual cycle, sleep log etc. 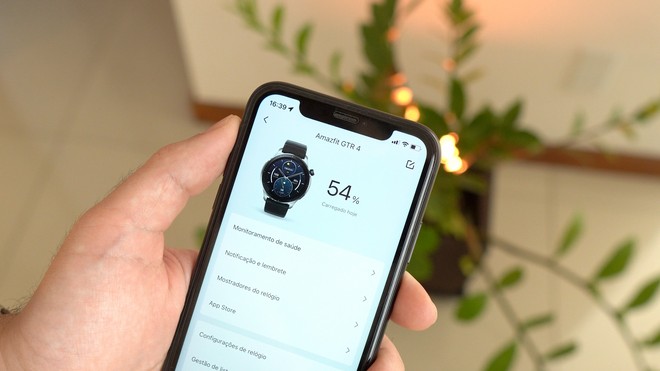 With the device properly connected via Bluetooth, the app also allows the user to make more advanced adjustments in what involves taking measurements, setting alarms and objectives, and choosing new displays for the screen.

In addition to the standard watch face, it is possible to choose and sync a new watchface from a “store” built into Zeep itself. This one has many options available, with displays divided into a wide variety of categories – and most of the options make good use of the device’s AMOLED screen.

Owner of a 475 mAh battery that can be charged in approximately 2 hours with the priority charging base that comes with the watch in the box, the Amazfit model brings with it a good autonomy.

In our tests, with Always On mode on at all times, continuous heart rate tracking and sleep monitoring, the watch was able to reach the almost 12 day mark away from power outlets. This, without activating the battery saver mode. 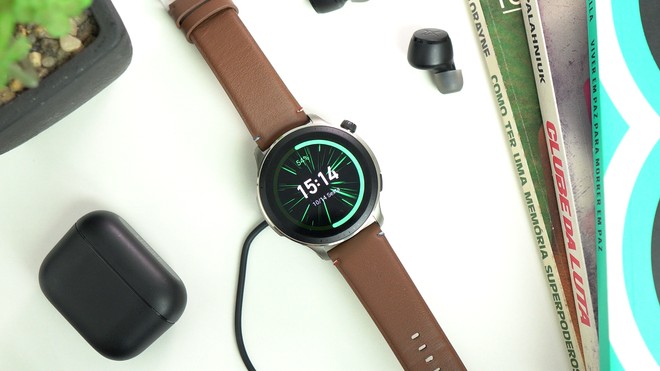 So, when we compare the autonomy of the Amazfit wearable with other devices, we can say that it is average. After all, it’s not surprising with a battery that lasts a month in everyday use, but it doesn’t disappoint either, needing to be recharged after 3 days of intense use.

But then, is it worth it or not?

Without a doubt, the GTR 4 brings a very complete set, with a quality finish, pleasant design, good features and good autonomy, being – without a doubt – one of the best watches of the brand that we have ever had on our bench. 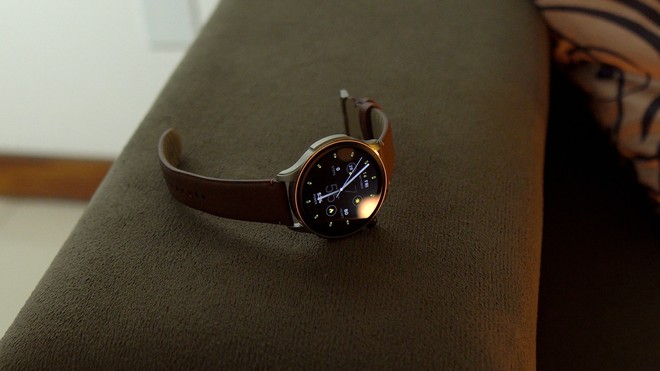 However, some points can still bother you. In addition to the device having a certain dependence on the cell phone, needing to be connected to give function to embedded Alexa, the ecosystem of mini applications is still quite limited; not bringing such interesting functions or heavy apps, such as Spotify, Google Fit and others.

With this, putting the wearable in front of competitors such as the Galaxy Watch 4, which is in a similar range of market, has the entire app store in the world Wear OS – from Google – and still brings a more complete set of sensors, despite to fall behind when it comes to autonomy, it can be an almost lost battle for the Amazfit watch.

However, if the GTR 4 is in a more competitive range, below the Samsung model, and you like the brand’s products, the Chinese model can be a great option, delivering all the positives we’ve raised here.

But what about you, what did you think of the Amazfit model? Tell us here in the comments. As usual, the best prices for the GTR 4, as well as some of the competitors mentioned here, can be found in the cards below.