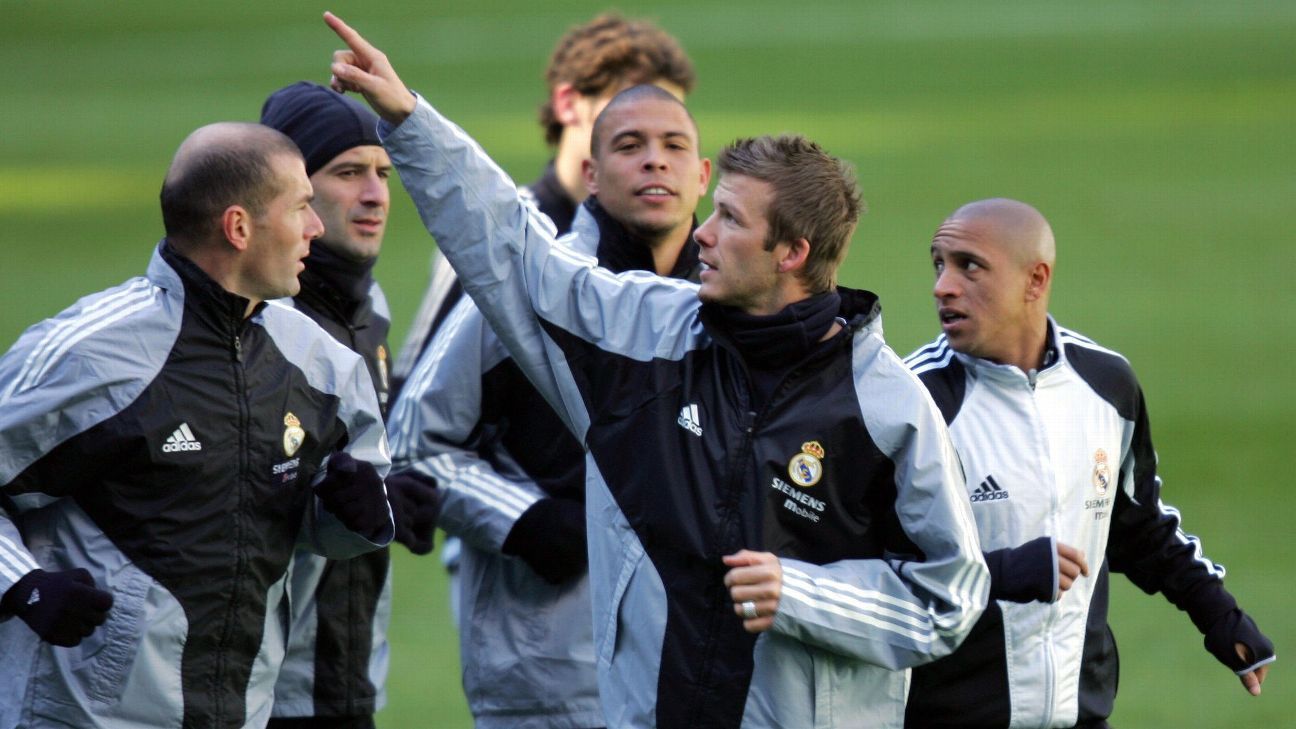 Ex-Real Madrid details the day-to-day of the ‘Galactics’, makes revelation about Beckham’s relationship with the Brazilian and explains why ‘super team’ did not work as expected

In an interview with ESPNJosé Peseiro, former assistant coach of the ‘Galácticos’, told how was the relationship between two stars of that historic team

At the moment Benzema, Vinicius Jr., rodrygo and Luka Modric are some of the main names in the cast of Real Madrid. Stars that keep the club on its multi-champion trajectory and that this Sunday (30) receive the Gironafor the 12th round of LaLigastarting with transmission by ESPN on Star+, from 12:15 pm (Brasilia time). But the history of football legends is long at the Bernabéu.

Despite having been little victorious within the four lines, the team dubbed as ‘Galactic’ was a milestone in the history of world football and remains curious to this day, especially about how the players lived together and what stories about the locker room, sacred place for athletes, for the merengue team.

“It was wonderful to work with them. They are people who have their weaknesses, their strengths. However, there is one thing: they play very well. They are extraordinary and it is possible to speak the same language as them in the dressing room”, said José Peseiro in an exclusive interview with ESPN.

“Take a good look at this. Beckham spoke English. At that time, Roberto Carlos did not speak English. And they were very good friends even without the proximity of the language. Now Roberto has developed, but he had difficulties. Beckham was a boy, he had all that stardom. But he was a boy. He had an extremely affable heart, a person of friendship,” Peseiro said.

“Beckham had security, it was very difficult for him to socialize. However, the moment of training is what he was most social. There he was normal. It was easy to manage that group, they were smart. The athlete does not reach that level just because the lungs are good or because the heart is big. What counts most is the head, the decision. Football is very demanding, highly complex. These athletes, when they reach this level, perceive the world differently. I never had any problems with the athletes and not even Queiroz”, said the Portuguese.

The ‘Galactics’ project was an ambitious move by Florentino Pérez. Elected president of the club in the 2000s, the president decided to bet heavily on assembling a star-studded cast with the aim of raising as much as possible in marketing, media and tours around the world. Besides, of course, the sporting success on the field.

The measure taken was a success. The Real Madrid of the ‘Galácticos’ marked a generation and became known around the world, helping the Merengues in a frank economic recovery. However, on the field, the results were much more timid than expected. In the period between 2002/2003 and 2005/2006, the Merengues won only one edition of LaLiga and a Spanish Super Cup.

For Peseiro, the big reason why the team at the time was not more victorious was the lack of better options on the bench. While from 1 to 11 Real Madrid had a ‘selection’, the alternatives on the bench did not deliver the same technically, causing a sudden drop in performance on the pitch.

“The Galacticos were an asset for Florentino and Real Madrid. Unfortunately, it was not a very successful squad on the field because it was very small. They had the galactics and they had the peacocks. We didn’t have the same quality between each other. When some of them didn’t play, the others didn’t substitute with the same quality”.

“They were fundamental for Real Madrid’s financial recovery, they went on a tour in Asia, but that team didn’t achieve what they had to conquer because they didn’t have a cohesive squad”.

Despite the frustration on the pitch, José Peseiro has good memories of Real Madrid. The Portuguese said that the club has ‘something special’ and that ‘only being there to know how it is’.

“There is something there at Real Madrid that is incredible. Nobody would have thought that this current team could win the Champions League, because they went there and won. Only those who are there can understand. Things work out at decisive moments. There is a fear of other teams when they face Real Madrid in the most decisive moments in the Champions League, for example”, he concluded.

Where to watch Real Madrid vs Girona?

Previous Synopsis, Cast and Trailer of the Afternoon Session
Next WhatsApp underwent a change that was ignored by users; see which