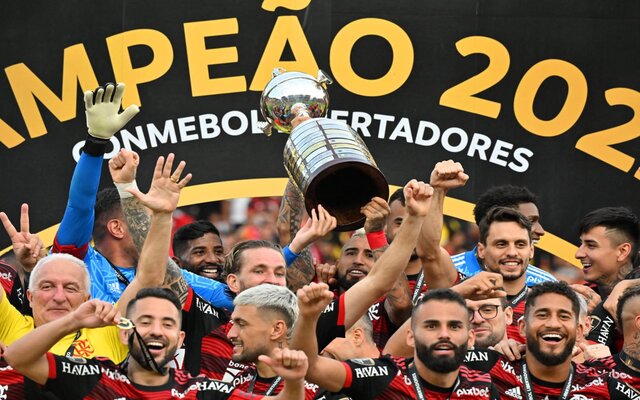 Flamengo returned to the top of America! After hitting the post in 2021, Rubro-Negro won the Libertadores final, winning the competition for the third time in history. For next year, the team will arrive again as one of the favorites for the title. In the midst of this, a curious fact is that Fla is close to guaranteeing ‘three spots’ for the tournament.

Flamengo’s passport for yet another edition of the competition was stamped on October 19, with the conquest of the Copa do Brasil, which gives a place in the free. After that, Rubro-Negro won Libertadores itself, which rewards the champion with the classification for the following year. In addition to these two situations, Fla is also about to confirm itself in the top six of the Brasileirão, who represent Brazil in the main dispute in South America.

As provided for in the regulation, Flamengo’s ‘remaining seats’ will be redistributed to teams in the Brazilian Championship. With 61 points, the team is already guaranteed at least eighth position in the competition. Therefore, it is correct to say that, instead of the G-6, the Brasileirão will have a G-8, with six classified directly for the group stage of the continental tournament and two more in the pre-Libertadores.

Currently occupying the third position in the championship, Flamengo no longer has a mathematical chance of being champion, but guarantees that it will fight for second place until the end. With 61 points, Rubro-Negro sees Palmeiras (74) and Internacional (64) ahead, with four games remaining. In this competition, Fla’s next commitment will be for the 35th round, against Corinthians, at 21:45 (Brasília time) on Wednesday (02). The promise is of a great party at Maracanã, as it will be the athletes’ first contact with the fans after the Libertadores title.

Previous Column Arilda Costa: Interview with Maestro João Carlos Martins who celebrates 60 years of career at Carnegie Hall in November
Next What is known about tragedy that killed 153 people on Halloween in South Korea