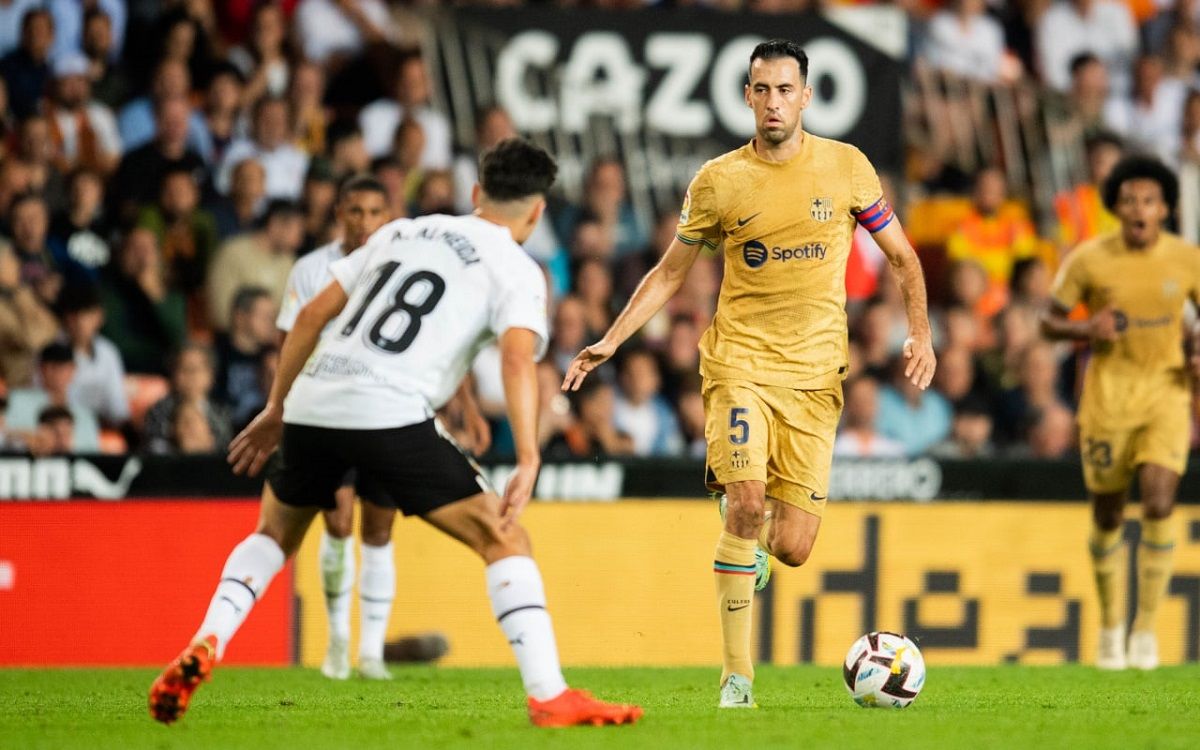 Barcelona beat Valencia 1-0 this Saturday afternoon (29), at the Mestalla stadium in Valencia. The match was valid for the 12th round of the 2022/2023 edition of La Liga, the Spanish Championship.

With this result, Barcelona, ​​under the command of coach Xavi, went to 32 points, sharing the lead with Real Madrid. However, the Merengues will still play on Sunday.

In turn, Valencia has 15 points in the table. With that, it is in 10th place in the general classification.

See below: Felipão: see the history of achievements of the coach of Athletico Paranaense in Libertadores; ‘copboy’ coach

Now, for the Spanish Championship, Barcelona returns to the field on another Saturday (5), when they receive Almería. The match starts at 5 pm at the Nou Camp stadium in Barcelona.

Meanwhile, Valencia plays on Sunday (6), when they visit Real Sociedad. The match starts at 12:15 pm at the Anoeta stadium in San Sebastián.

how was the match

On the field, the game started balanced and the first clear goal chance came from Barcelona, ​​at 12min. At the opportunity, Ansu Fati received a free kick, came face to face with the goalkeeper, but kicked over him, which he defended in fright.

Then, at 22min, the same player sent the ball to the goal and swung the net. However, he was offside and the move was well disallowed.

In this way, Barcelona were more dangerous and had more chances. However, it was difficult to finish correctly.

See below: Arsenal x Nottingham Forest play this Sunday (30) for the 14th round of the Premier League; see where to watch

Before the break, Barcelona still hit the ball on the post, after Lewandowski’s header. However, the first half ended in a 0-0 tie.

After the break, Valencia scored at 4min, but forward Samuel Lino fixed his arm and the goal was correctly disallowed. Thus, the second half had a more balanced start, with the home team more offensive than Barcelona.

However, the Catalan team was gradually balancing the actions in the second stage. But the clear scoring chances were few. However, in the end, Lewandowski scored the winning goal for Barcelona: 1-0.

See below: Manchester City beat Leicester away from home and take the provisional lead in the Premier League; see how it was


In addition to today’s football games, you will also enjoy reading:

Previous Understand all the details of the series finale. (According to the leading actress)
Next The Rookie spin-off series gets a crossover trailer