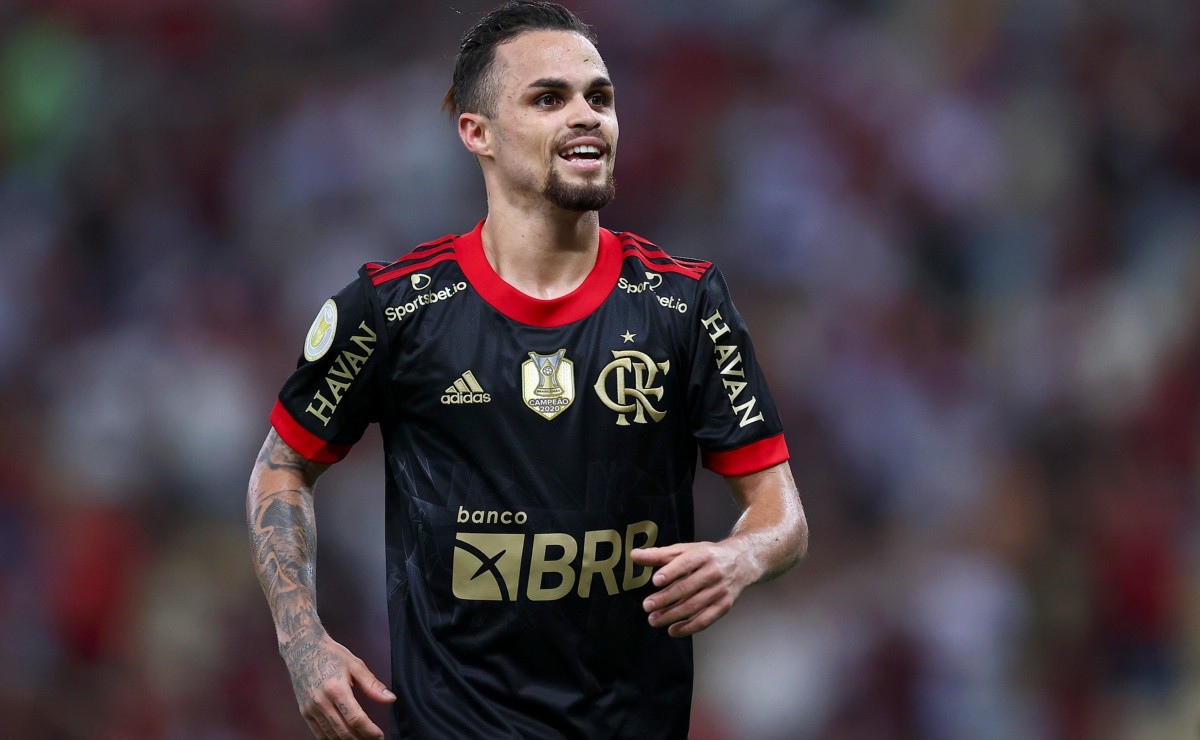 Michael trains at the Serie A team’s CT and excites fans on the web; striker has already revealed his dream of playing for the club

One of the great sensations of Flamengo last season, striker Michael may be returning to Brazilian football. That’s because, according to him, things at Al-Hilal are not good, with the low technical level of football in the country, in addition to the different culture, hindering his performance and lifestyle.

As a result, according to the Mercado da Bola portal, the athlete’s name has already been gaining strength in some clubs in Brazil, the main one being Flamengo. That’s because, according to Marcos Braz himself, the athlete has a verbal agreement to return to Mengão in the future.

However, Michael’s fate upon returning to Brazil could be another club. This is because, in an interview with Rádio Bandeirantes, the striker revealed his dream of returning to Goiás, the team where he gained national prominence before transferring to Flamengo:

Michael trains at CT do Goiás to keep fit

Even after the interview, it was revealed that during his vacation, Michael is training at CT Edmo Pinheiro, from Goiás, to maintain his physical shape and see some acquaintances from the time he played for Bugre.

The news, although it doesn’t mean much, was enough to excite the fans of the Esmeraldino team, who dream of the return of the 26-year-old forward in the near future.

Previous North Man, movie with Nicole Kidman, is on streaming – 05/07/2022 – Illustrated
Next Elle Fanning is the face of Paco Rabanne’s new perfume