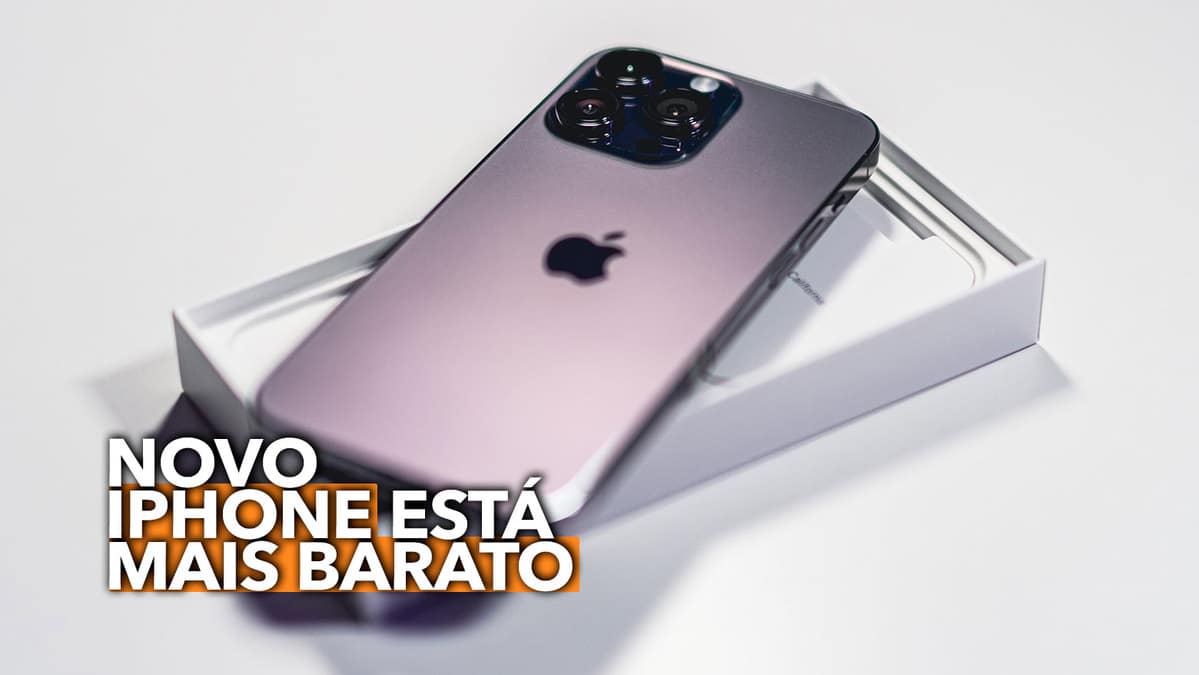 Apple has decided to cut production of the iPhone 14 Plus less than two weeks after its launch, Information media reported on Tuesday, citing two people involved in the US group’s supply chain.

The American giant has asked at least one of its manufacturers located in China to immediately cease production of components for the iPhone 14 Plus, according to Information. Meanwhile, here in Brazil, the device can be found on sale at a great discount. Check out this opportunity.

The iPhone 14 is considered a champion of autonomy, its size allows it to have larger batteries. The iPhone 14 and 14 Pro benefit from a larger battery capacity compared to their predecessor. However, this is not the case with the iPhone 14 Pro Max.

Shortly after launch, many users had the bad surprise to see that a bug caused intermittent restarts when the iPhone 14 Pro is charging. The American manufacturer also acknowledged the existence of a bug that indicates that SIM cards are not compatible with smartphones. Apple has indicated that it is working on a solution and advises in the meantime not to try to restore the smartphone.

One of Apple’s projects with the iPhone 14 concerns the photo part. All iPhones benefit from new main sensors. If the iPhone 14 continues to integrate a component with a 12 MP definition, things change on the side of the Pro and Pro Max models. There is indeed a 48 MP main module, as had been rumored.

Global smartphone demand dropped 9% in the third quarter of 2022 on an annual basis, according to data from research institute Canalys, which expects this to continue for the next six to nine years. Hence Apple’s attitude of reducing production of the new iPhone.

See also: Most of the population STILL spells wrong: check out 15 tips to use the comma correctly

Special discount to have the new iPhone

Apple’s new release has an official price suggestion starting at R$9,499 in the national territory. However, the version with 128 GB of storage can now be purchased for R$ 8,549, being paid in cash on Amazon. This represents a drop in price of R$950. Aficionados of the apple brand have four color options available: deep purple, gold, silver and space black.

Speaking in terms of video, the Pro models become compatible with 8K in standard video and 4K in ProRes format. Cinematic Mode becomes 4K HDR compatible. According to experts at DXOMARK, the iPhone 14 Pro performs much better in photos and videos than most other Android smartphones in 2022.

The iPhone 14 and 14 Plus therefore have a new 12-megapixel sensor larger than the iPhone 13. The sensor is larger, with larger pixels. And the lens opens wider, going from f/1.6 to f/1.5 , promising better low-light photos. Finally, all iPhone 14s have a new selfie sensor. If its main characteristics do not change in relation to the iPhone 13 module, this sensor now benefits from an autofocus that will bring clarity to self-portraits. Additionally, the lens aperture increases to f/1.9 versus f/2.2, promising clearer photos at night.

See also: Most of the population STILL spells wrong: check out 15 tips to use the comma correctly

Previous Palmeiras can face Fortaleza already as champion of the Brasileirão
Next Will the Greatest Showman 2 happen? Hugh Jackman talks movie sequel