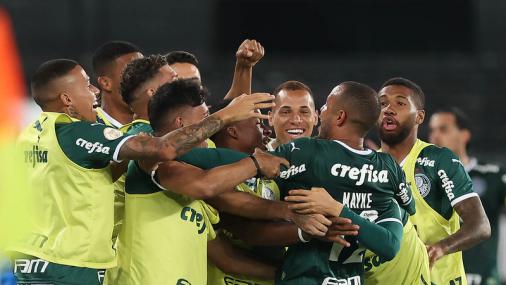 Palmeiras can face Fortaleza already as champion of the Brasileirão

Last Friday, the CBF announced the change of time for the match between Palmeiras and Fortaleza, which will take place next Wednesday, at 9:30 pm, at Allianz Parque, for the Brasileirão. The news did not please the fans and can directly influence the title of the Brasileirão, which can be of Verdão without having to enter the field.

The game was scheduled to start at 4 pm and tickets were already being sold to the supporters. However, TV Globo, which owns the broadcasting rights, requested the change to the 9:30 pm time, precisely because it is a duel that could be the title. As it was a holiday, many fans were unhappy with the change, which could drive them away from the stadium.

In addition to displeasing many people from Palmeiras who were planning to go to Allianz Parque in the afternoon, the change could directly interfere with the definition of the Brasileirão title, since Internacional, who still dreams of fighting for the cup, had their game kept to begin with. at 4 pm, that is, it will perform before Verdão.

Palmeiras has 74 points and depends on just one win to be champion, regardless of Inter’s result. Colorado, in turn, has 64 points and needs to win to keep dreaming of the title. The Rio Grande do Sul team will face América-MG, away, without being able to even draw, since it could no longer reach Alviverde, due to a tie in points, but would lose in victories.

That is, if at the end of América-MG x Internacional Mano Menezes’ team has not come out the winner around 18:00, Palmeiras will automatically be the Brazilian champion of 2022 even without having played. In this way, Abel Ferreira’s team will enter the field against Fortaleza, at 21:30, already with the title assured.

At the same time, in case of Inter triumph over América-MG, Verdão continues to depend only on a victory to be champion. Keeping the ten points advantage, Alviverde could no longer be reached, as with three rounds left to finish the championship, only nine more points will be up for grabs.

Scenarios for Palmeiras to be champion without playing on Wednesday:

Scenario for Palmeiras to be champion with Inter victory: