To tell the story of a “friendship triangle” with a political conspiracy in the background, why not a Hollywood star parade? No sooner said than done. In between, there are those who insist that they are not Portuguese and there are those who sing Fado; are details of a dramatic comedy that, in this interview with CNN Portugalconducted by Vitor Moura, makes Christian Bale think about the good times he lived in the Algarve almost 40 years ago.

Christian Bale has not yet reached half a century of life, but he already has a captive place in the history of cinema. It was Steven Spielberg who cast him, as a child, in “Empire of the Sun” (1987). With talent and discretion, he knew how to grow and mature as an actor in a highly competitive and not always generous industry and also in many independent productions. Big physical transformations to embody “The Machinist” (2004) or don the Batman costume (2005 – 2012) made it clear that he doesn’t look to means to find the truth of each character. In the film that has just arrived in Portuguese cinemas, he is reunited with director David O. Russell, the same person who paved the way for him to win the only Oscar of his career with “The Fighter” (2010); and opposite Margot Robbie, John David Washington, Robert De Niro, Rami Malek, Anya Taylor-Joy, Mike Myers, Zoe Saldana, Chris Rock. The list doesn’t seem to end, in a multimillion-dollar production illuminated by the multi-award winning Emmanuel Lubezki in the cinematography direction.

After playing villain in the Marvel Universe, he’s back in David O. Russell’s universe. You really like to reinvent yourself as an actor in each role, don’t you?

It was a very quick jump between those two films. We actually filmed “Amsterdam” first. I never liked working too much, because nobody likes to see me that much. I like to have some time between movies, but because of the pandemic, I had given my word. David and I started working on this six years ago, that was my biggest priority. We had planned to start filming, but then we had to stop everything. However, I met Taika Waititi and agreed to be a part of “Thor: Love and Thunder”. My friend Scott Cooper and I also had plans to do “The Pale Blue Eye” for a long time. All of a sudden we got the green light and everyone wanted to make a movie right away. So I ended up doing three in a year, which is more than I’ve ever done. I went straight from “Amsterdam”, literally three days after filming ended, to Australia to quarantine before starting to play Gorr. It was stupendous to make films so extraordinarily different and so close to each other.

“Amsterdam” is clearly one of the films that, in recent years, has the most stars in the cast. How was the shooting experience with so many established actors like Margot Robbie or John David Washington?

Margot and JD play main characters, just like me. Burt, Valerie and Harold are people who made a pact in the pain and suffering of the Great War and will do anything for each other. David O. Russell and I wanted to create a “friendship triangle” that we would like to have in our lives. We were lucky to have incredible actors and crew, but when we’re working on a David movie, we’d better roll up our sleeves. Maybe we film the script and that’s usually what happens, but we have to be prepared to do all sorts of other things or switch cues and go like this and change what we have about traditional cinema. That’s not what he does. So it was very satisfying, joyful and meaningful as well.

It is interesting and at the same time surprising to see how the argument is inspired by real facts (fascist conspiracy to overthrow the US government in the 30s of the 20th century) and underlines the notion that history repeats itself. Is there a wake-up call about the world we live in somehow?

I’ll leave that to Vítor to decide, but it’s an event in the history of America that leaves us with our jaws dropped and that hardly anyone knows about. That was something that really amazed me and David O. Russell. In the six years it took us to put this all together, jaws continued to drop to the ground with everything we saw on the television news. Unfortunately, the film has become more relevant than we ever wanted.

On two different occasions, the character played by Zoe Saldana insists that she is not Portuguese. At a certain point, there are those who sing a Fado. Is there any meaning to these connections to Portugal and Portuguese culture?

This came from David O. Russell because he loves Fado and because he came across the desire of some Americans at the time (the 30s of the 20th century) to want to be Portuguese in that shameful era on account of sterilization clinics, etc. In fact, I was thinking just now that Portugal has always meant a lot to me because I lived there for a year when I was ten. I didn’t even go to school or anything. I loved! I am often asked what my “Amsterdam” is. I finally realized that I actually went to live in a rural community in the Algarve when I was ten years old, which I just loved!

Do you miss it?

Yea! That for me was enough for life! I wanted to live there forever. But the family decided otherwise.

One of my favorite lines in the argument is yours, when you say: “love is not enough, we have to fight for kindness”. To what extent do you identify with that, personally?

Absolutely! This movie gives me goosebumps and makes me laugh from start to finish. David O. Russell and I spent a lot of time just thinking, just coming up with different cues, things I felt Burt would say, things David would say for me to say. It was left out a lot, but of course we have to have love in our heart, we have to have optimism. It cannot be anyone’s fight against the masters of the universe who are simply destroying our world. How can we be of assistance in this? Of course we have to have love, we all like that, but the Beatles weren’t right. It’s not all we need. We also have to fight. We have to fight for kindness. So I identify myself. He’s an incredible character, the son of a crazy inspiration. As weird as it sounds, I miss playing Burt. I really liked him. He was a big influence in my life.

Many thanks and greetings from Portugal!

“Thank you” and Miguel Oliveira is doing great, as always! I don’t know if it follows the MotoGP championship, but it is extraordinary!

“Amsterdam” is one of the week’s premieres in cinemas across the country. 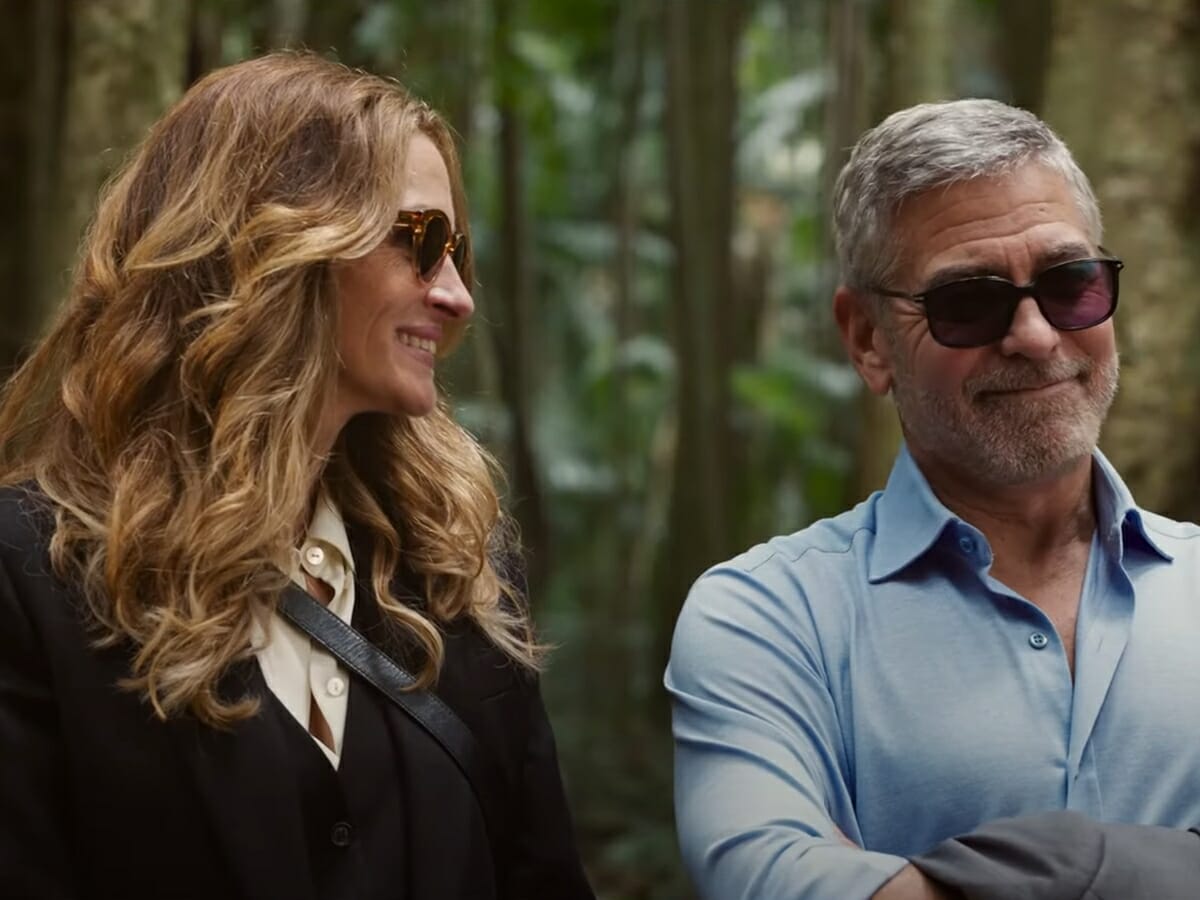