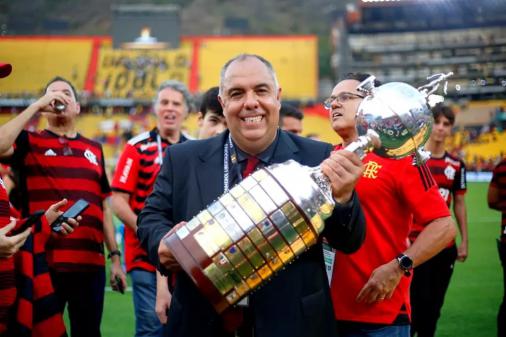 Promise of Braz: Flamengo may have an ‘above average’ reinforcement for the Club World Cup

With the Libertadores title, Flamengo aims for even higher flights and is already aiming for the Club World Cup. The intercontinental competition should be held at the end of March, but there is still no venue or date set. And the Nation has reasons to be excited, since Marcos Braz made a bold promise, aiming to dispute the tournament.

In an interview with “Canal do Benja”, in September, the vice president of football at Rubro-Negro confirmed that he is preparing three signings aimed at the World Cup, including one of “world reference”. As the tournament will be played in March, the European transfer window will be open.

– So, nothing more natural that we strengthen ourselves even more at the window. Then I think the sky is the limit (for hires). Our thought is that this is it, three signings, one being much above average, a world reference – he concluded.

KNOW EVERYTHING ABOUT THE WORLD

As mentioned, the intercontinental competition does not yet have a defined date or location. However, it is believed that the World Cup will be played at the end of March, with possible venues in Miami, in the United States, and Abu Dhabi, in the United Arab Emirates.

Only the Asian representative remains, as the Champions League is still in progress. The tournament should end on February 26 and already has one of the finalists defined: the Urawa Red Diamonds, from Japan.

It is worth remembering that FIFA even produced a new format for the Club World Cup, as it considers the current one to be a failure. However, the pandemic has disrupted the entity’s plans, which still do not know when it can be changed.