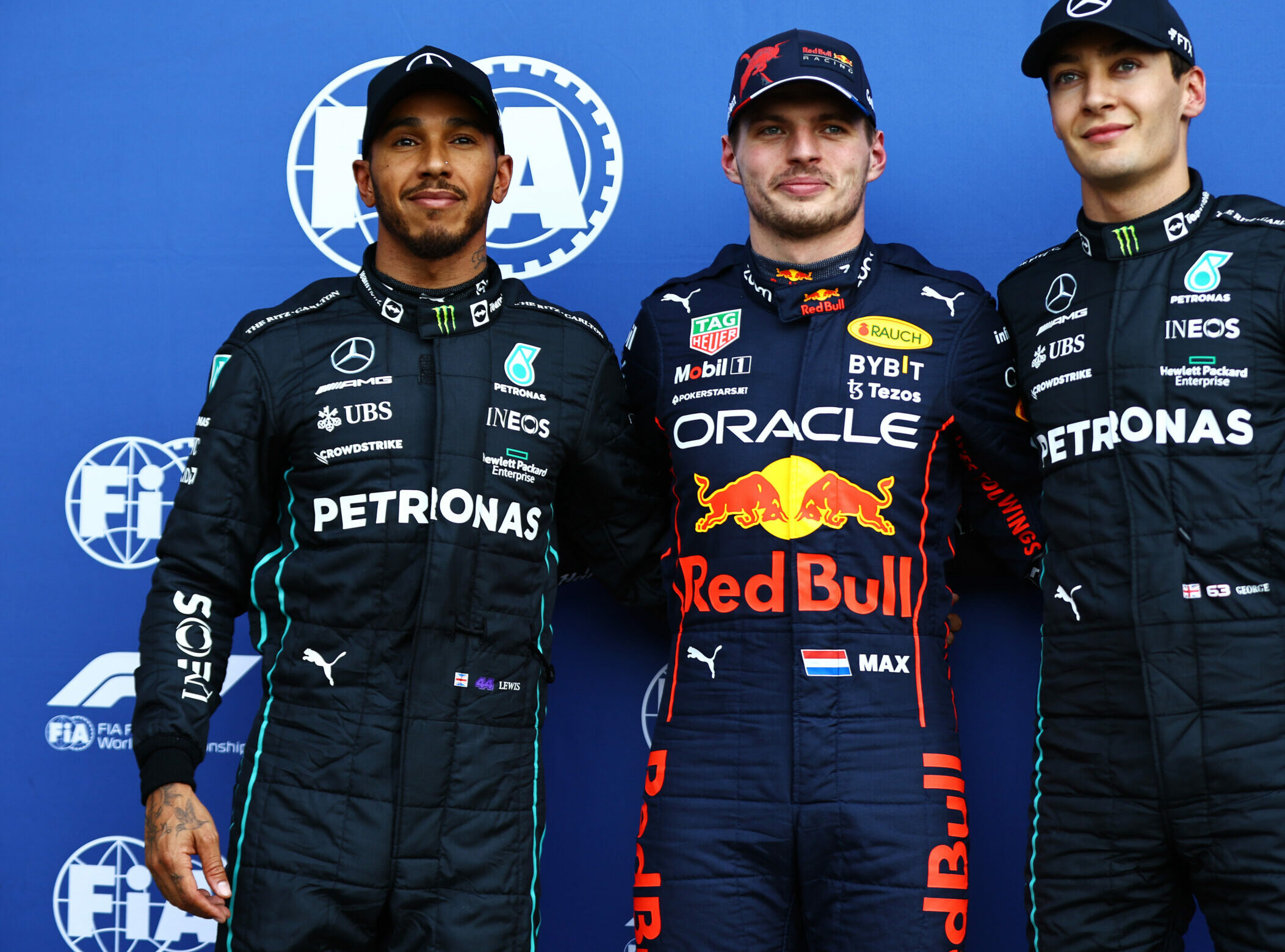 Even after securing the championship in advance, Max Verstappen remains relentless in 2022. The Dutchman overcame the initial problems of red bull at Mexico City and, when he really did, he showed why he is the man of the year in formula 1. In a strong drive and taking advantage of a better understanding of the particular Hermanos Rodríguez, the two-time champion won the right to leave the grid’s honorable post in this Sunday’s race. it was the sixth pole of the season and the 19th of his career. But the dispute was not as simple as he usually makes it seem within this stellar phase in which he lives. It turns out that the mercedes emerged as a combat element this weekend, which could make the Mexican race a lot more interesting.

“They have a good race pace. I think we’re going to have a lot of fun and see a lot of action. And it will probably also depend on the strategy.” Max’s statement makes perfect sense. The silver car performed especially competitively on the Mexico capital circuit. And there are explanations for that. The first of these is the Mexico City. The high altitude reduces the aerodynamic drag that bothers the W13 straight. Another reason is the circuit design, which adapts to the needs of the German model, with its winding and low-speed section – not for nothing, the second sector is the strong point of the mercedes. This combination helped generate performance, in addition to a whole package that has been evaluated by the squad headed by Toto Wolff.

Therefore, George Russell and Lewis Hamilton tried to make the most of the leap in quality that the car showed this Saturday (29). The front row, as the Englishman #63 proved, was indeed possible, but mistakes by both drivers ended up removing the possibility of occupying the most important row of the grid. Russell’s last attempt was compromised by a failure in the last sector, while the seven-time champion took too many chances on the opening lap of the Q3 and had the spin deleted. Afterwards, he preferred caution, not least because he dealt with technical setbacks.

“The team deserved more today. Pole position was within reach. Unfortunately, I made a mistake at the end”, acknowledged George, who was second on the grid and who was 0s3 behind Verstappen’s mark.

Even so, the mercedes has placed itself in a strong position and has elements to believe that it can threaten RB18 #1. “Mexico is our best chance of victory,” admitted the Mercedes boss.

“Wherever everybody has to drive with maximum downforce, we have a good chance. So in Budapest, Zandvoort is here. Because our car works better in this configuration and because drag, due to thin air, is not that important. There are few bumps, so there is an opportunity,” he added.

For Hamilton, it was the “best qualifying of the year” and it really was. The Englishman struggled with power and handling issues throughout the latter part of the session, but shares his colleagues’ optimism. “I think it was an amazing performance and I’m very proud of my team. It also shows that having perseverance and never giving up is the way to go. I am very happy with my position [no grid], to be honest. It’s a long way to turn 1.”

In fact, the long line of Hermanos Rodriguez it could be a wild card in the hands of Mercedes, even if Verstappen and Red Bull have at their disposal a car that is especially efficient in this condition. “With two cars so far ahead, we can play with two options tactically,” warned Russell.

Mercedes track engineer, Andrew Shovlin even trusts the best racing pace of the silver cars to try to catch the Taureans. “After the last practice session, it became clear that we could fight for pole. In the end, the difference for Max was a little bigger than we expected. However, we can get excited about the car’s performance after recent updates. Our pace performance proved to be very competitive yesterday and we are usually a little better in race than in qualifying,” he explained.

“We don’t have the same straight-line speed as Red Bull, but anything is still possible tomorrow.”

Interestingly, the red bull he’s also worried about Verstappen’s position and what Mercedes might do right off the bat, as the Mexican track isn’t particularly interesting for the RB18. “We have to think more optimistically now,” said the consultant. Helmut Marko.

“Our top speed is so strong that we can overtake on the straights. [se perdermos a largada]. And the race is long, there is a lot to happen, but we have to be optimistic. We are happy for pole”, he added.

Max also revealed that the team carried out a series of changes between FP3 and qualifying, and that made the car more competitive. Furthermore, performance in race conditions remains very consistent, which should put the strategy as a decisive point also this Sunday. “It was a good qualifying,” described Verstappen. “It was tight, but we made some adjustments to the car after FP3 and we got a better pace. get the [primeira] pole here is wonderful”, celebrated the two-time world champion.

“In the beginning we have a long straight up to Turn 1,” warned the Dutchman. “So we need a good start. We have a good car, and that’s the most important thing,” he added.

And the Ferrari? This time, Saturday’s lioness faced more trouble than usual and stayed out of the fray for the top spots. In addition, the Italian team must also suffer throughout the race. It turns out that the team wasn’t able to adapt to Mexico City’s high altitude like the energy drink squad did. The rarefied air took power from the Maranello engine, and this compromised aerodynamic efficiency and, consequently, performance. Even though I tried a cleaner classification, Carlos Sainz was even fifth. More erratic than usual, Charles Leclerc finished seventh. It will be a more complicated Sunday than usual for the Ferraris, while the fight for victory should focus between the two rivals at the front.

In terms of strategy, the Pirelli predicts a two-stop race. And as the fastest tactic on paper: start with the soft tires and do two stints on the medium. Or start the race with the medium, switch to the soft and finish with the medium. There is also the possibility of disputing the 71-lap stage with a pit-stop, but this defends too much from wear and tear and the very condition of the weather. In this case, hard compounds are an interesting choice.

O BIG PRIZE accompanies LIVE and IN REAL TIME all the activities of the GP of the City of Mexico Formula 1. On Sunday, the start is scheduled for 17:00 (from Brasília, GMT-3).