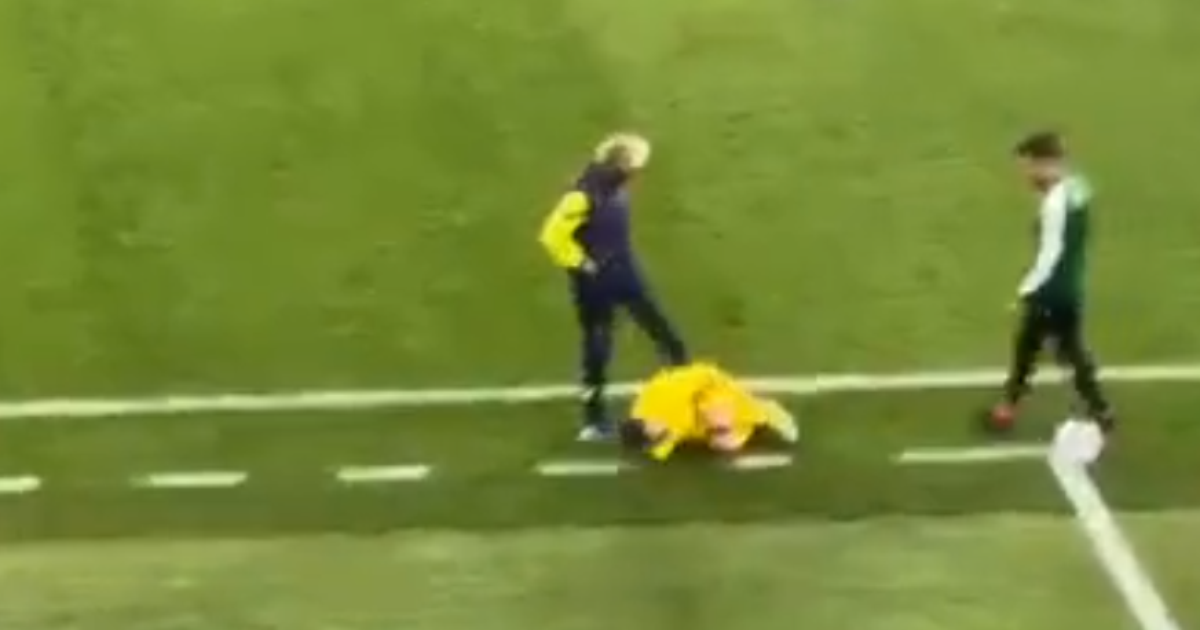 Annoyed with wax, Jorge Jesus kicks rival player on the edge of the field in the Turkish Championship

The gesture of the Fenerbahçe coach, ex-Flamengo, went viral on social media. ‘Mister’ club leads the championship with 26 points

‘Mister’ continues to be talked about in Europe. Coach of Fenerbahçe, from Turkey, Jorge Jesus went viral on social media in an unusual way since last Sunday, 30, after a 5-2 rout against Instanbulspor, for the Turkish Championship. The reason? The Portuguese, ex-Flamengo, ‘exploded’ when he thought that an opposing player fell on the edge of the field to simulate an injury, the famous ‘wax’.

Jorge Jesus’ reaction when he saw the opposing player lying on the ground.pic.twitter.com/K4yd0tgsq8

During Fenerbaçhe’s ‘walk’, a tackle left the Istanbulspor athlete down in front of the current Turkish Championship leader’s bench. Mister didn’t like it and started to yell, raising his arms, complaining about an alleged anti-game by the opponent. Then he kicked the player.

The medical department arrived quickly to provide care to the athlete and, realizing that it was really an injury, Jorge Jesus even passed his hand on the player’s head. The images went viral on the web.

Despite the scene, Fenerbahçe thrashed Instanbulspor, which occupies the 18th place in the league table, and follows the leader with one game less. With the result, Mister’s team follows in 1st place for ‘Turcão’ with 26 points, three ahead of the second place, Istanbul.

Controversies with the fans

Jorge Jesus’ performance in Europe continues to be filled with controversy and ‘bullshit’ with the crowd, who booed the team after a 3-3 draw against Rennes, from France, in the Europa League. The main target of the boos was the goalkeeper Altay Bayindir, who did not have a good game, but Mister showed annoyance.

“Fenerbahçe fans today, and as always, have helped the team to be stronger and more confident. But don’t make divisions in the team. Today, Altay booed. Me, as a coach, if Altay is booed, are booing at me,” said the teacher.

Jorge Jesus went further, and said that if the crowd rejects him, he does not want to remain in front of Fenerbahçe. “If they don’t want me, I’m leaving! It wasn’t Altay, it was me they booed! And there’s no middle ground with me. Love Fenerbahçe, ok, but don’t boo, because I don’t want them to attack my team.”

Fenerbahçe, like Rennes, qualified for the knockout stage of the Europa League, both with 11 points in Group B. Now, the dispute between the two is for the first position, which is worth a direct place in the round of 16 of the tournament.

Previous Angelina Jolie accuses Brad Pitt of abuse on a private jet
Next God of War Ragnarok: Developers Are Angry at Spoilers Coming from Leaked Copies of the Game