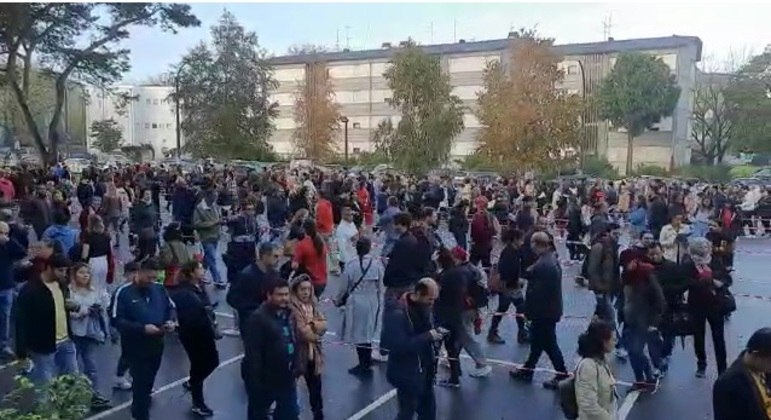 Brazilian voters face queues to vote in Portugal and Italy

Brazilians have been voting in Porto, Portugal, and Milan, Italy, since 6:30 am this Sunday (30), Brasília time. According to images released by the Regional Electoral Court of the Federal District (TRE-DF), Brazilian elections in the respective countries take place with tranquility, but there is a queue in cities in both countries.


The TRE-DF announced, at 03:00 GMT, the end of voting in Australia, which had 22 polling stations. Brazilians voted in the country in the cities of Canberra, Sydney, Melbourne, Perth and Brisbane. “The head of the Electoral Zone Abroad, Juliana Bandeira, reported that the vote flowed smoothly,” the court said in a note.


Shortly before, at 01:00 GMT, the TRE-DF released information about the end of voting in Wellington, capital of New Zealand. Itamaraty officials printed the zerésima in the country at 3 pm, and voting began at 4 pm. According to Juliana Bandeira, “the flow of voting went smoothly, without queues”.


In New Zealand, one of the electronic voting machines had problems and did not work. The problem occurred before voting began. Employees replaced the equipment with a canvas urn. Voting has also ended in Japan and South Korea.

According to the president of TRE-DF, Roberval Belinati, Amsterdam, the Netherlands, also presented queues, and a secretary was removed in Istanbul, Turkey. “It was necessary to remove a poll worker in Istanbul who wrongly instructed a hearing-impaired voter. The poll worker was removed and the occurrence was recorded in the minutes”, stated Belinati.