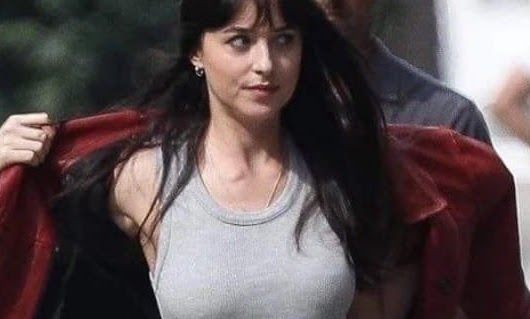 Some new set photos of Sony’s Madame Web have made their way online thanks to Twitter user @MarvelCrave, and show the film’s star Dakota Johnson on set as the title character. She can be seen in a striking red leather jacket, black shirt and some jeans. She looks like she just got out of a taxi too. 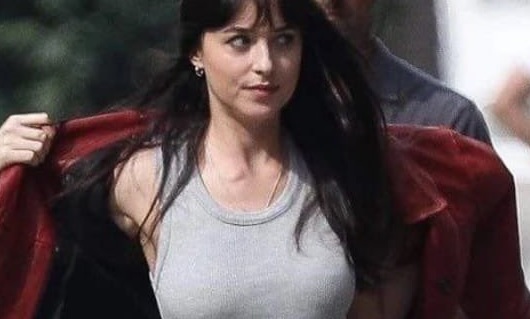 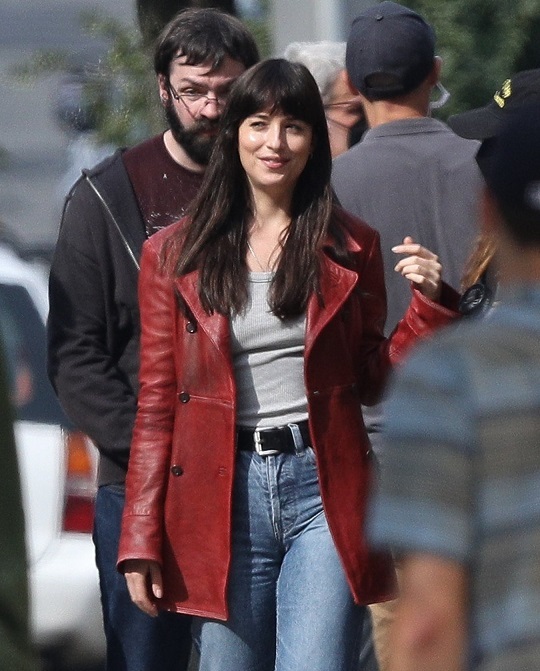 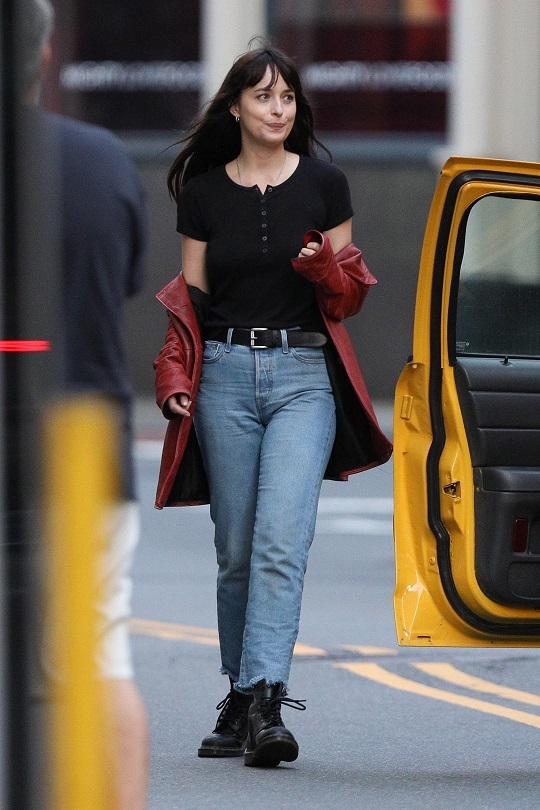 In some more photos, the actress can be seen in the same outfit. However, her shirt is gray instead of black. It looks like she might be wearing that red leather jacket for a significant part of the movie. In a way, it’s like a brand. It’s what defines her as probably being Julia Carperter.

📸 Check out some photos from the filming set of #MadameWeb today, 26, in Queens! The set is inspired by the city in the year 2001. #DakotaJohnson#MadameWeb has its premiere date scheduled for October 6, 2023. pic.twitter.com/zY7dZ9d659

The last batch of photos again shows details that refer to the beginning of the century, the 2000s. Will the film really take place in the past?

The Madame Web movie will be directed by SJ Clarkson, and will also star Sydney Sweeney, Emma Roberts, Celeste O’Connor, Isabela Merced, Tahir Rahim, Mike Epps and Adam Scott. The film has been in the works since 2019, with Morbius writers Burk Sharpless and Matt Sazama penning the script.